Things to do in Guanajuato 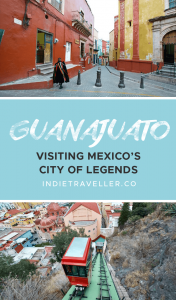 Guanajuato is one of those vibrant cities in the world that doesn’t take much convincing to add to a Mexico itinerary. There are just so many things to do in Guanajuato that you can spend a long time there without getting bored.

With impressive displays of color, artsy culture, intriguing history, and breath of romance, this quaint city leaves a big impression on people who visit it.

Easily accessed by public bus, it’s a convenient and noteworthy destination in its own right… or can easily be enjoyed as an extension to any trip in the central region.

Guanajuato, the capital of the state which shares its name, once lured in the Spanish searching for luxurious minerals, like silver. Mining shaped its development into a hub of economic, political, and social importance. It eventually became the temporary capital of Mexico and was later named a UNESCO World Heritage Site. Host to a fair share of war battles and revolutionary movements, the city’s dark past is monumentally outweighed by its expressions of beauty.

To appreciate the city to its fullest, here are the top things to see and do in Guanajuato. 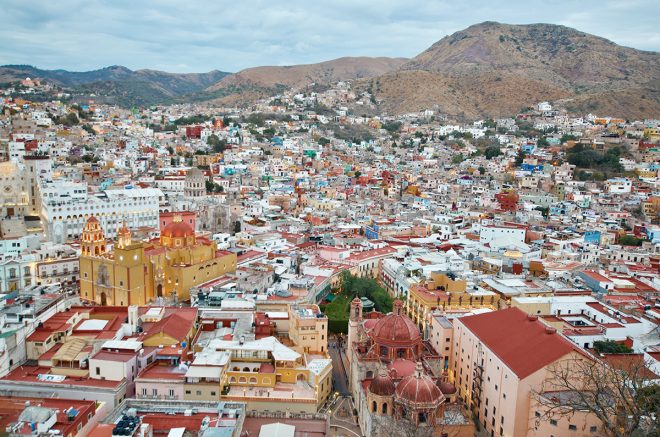 Things to do in Guanajuato

A proper introduction to Guanajuato starts with entry into the city via a series of tunnels. Initially serving to divert waters of Rio Guanajuato to prevent flooding during the mining era, these tunnels now serve to manage traffic flow in an ever-growing city. 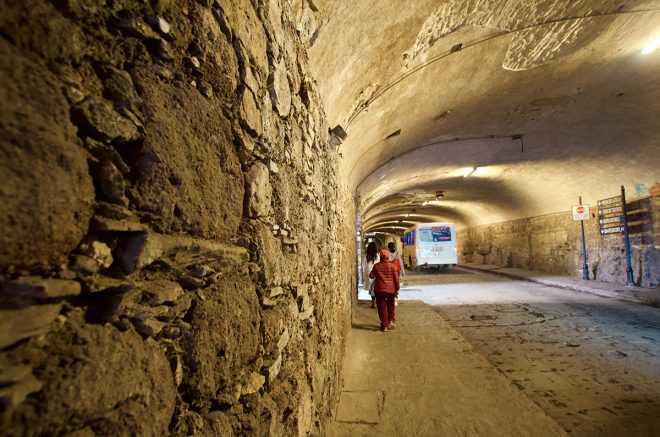 Though tunnels don’t typically conjure up excitement, this system of tunnels is quite unique because of the extensive number of tunnels. Varied routes can be enjoyed navigating the city underground and many of the tunnels offer pedestrian walkways connecting you between top attractions. Romantic, thrilling, or eerie…that’s for you to decide.

This neoclassical building once served as a public grain exchange or warehouse. It was here that hundreds of Spanish loyals locked themselves inside trying to evade thousands of insurgents led by Miguel Hidalgo during the Mexican War of Independence. That day, all those in hiding were massacred and the building burned. 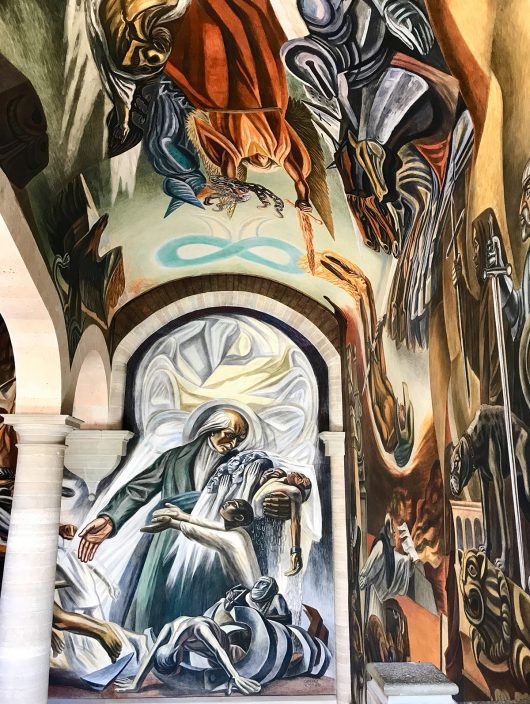 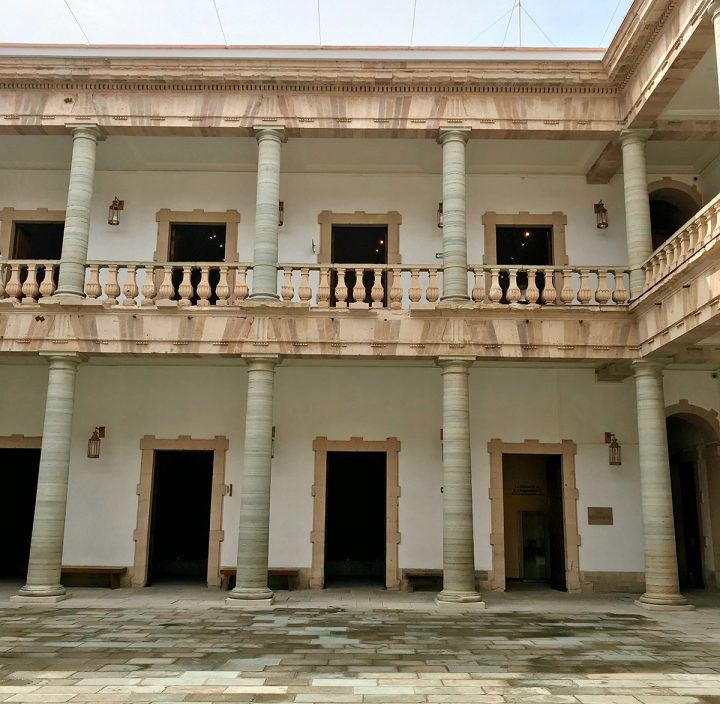 Later, the Alhóndiga served as a prison for roughly a century. Though it carries a turbulent past, this building memorializes heroes and leaders of the Mexican Independence and now serves as The Regional Museum of Guanajuato. Walking through the Alhóndiga, various exhibits showcase stories, art, and relics of the Independence in addition to a small collection of Pre-Hispanic art. 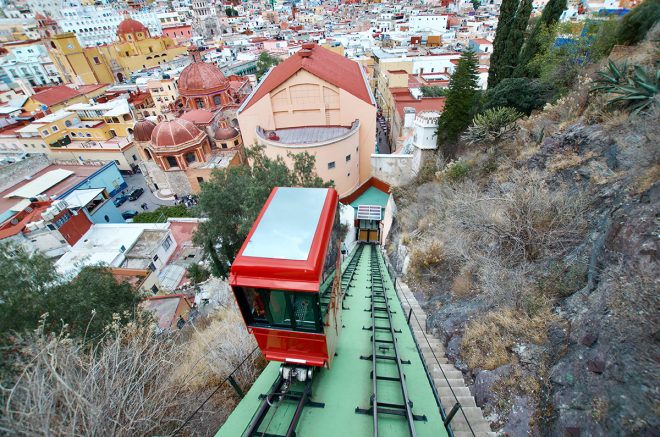 I was a bit skeptical of this attraction as it seemed to be most obviously some sort of tourist ride…but actually this turned out to be one of the most memorable experiences I had while in Guanajuato. Without a doubt, your visit to Guanajuato should include this trip up to the top of the hills via this cable car. There, you’ll be greeted by the iconic El Pilipa statue and hands down the best view over Guanajuato.

Tip: make the trip at least 30 minutes before sunset to secure a good view and watch as the lights turn on over the city… it’s an unforgettable experience. 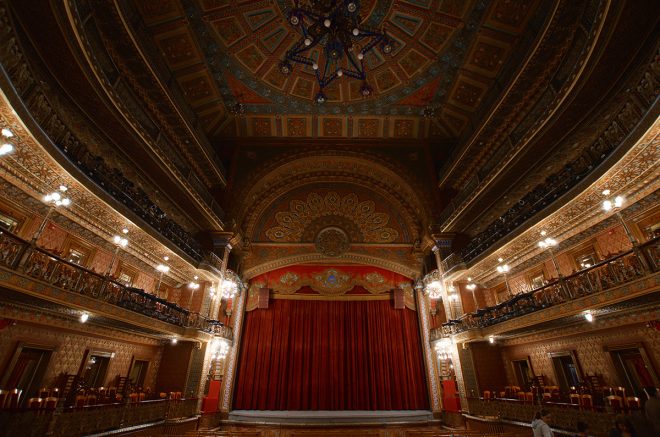 An intriguing venue for enthusiasts of performing arts and flamboyant neoclassical architecture, Juarez Theatre is a perfect pit stop during your day-time walk or for an evening out.

Juarez Theatre hosts a variety of entertainment including dance performances, concerts, plays, and film screenings. It is typically open to the public for walk-through 10am-1:45 pm daily. If you’re hoping to catch a show, make sure to purchase tickets ahead of time at the box office. 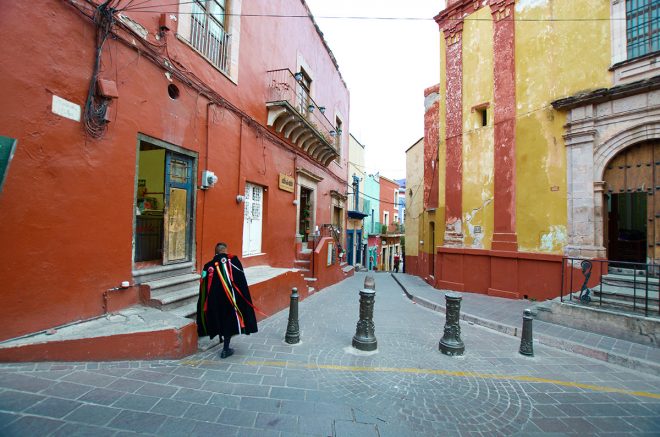 Guanajuato has an unwavering obsession over Miguel Cervantes, the famous Spanish writer of influential novels such as Don Quixote.

The legend goes that in 1939 a young refugee made it to Mexico after fleeing a French Concentration Camp, bringing with him Don Quixote, a book he had gained by trading a pack of cigarettes. Finding relief through reading and connection with the Don Quixote’s human fight for justice, he began collecting Don Quixote art, amassing a large collection that he later donated for public enjoyment as a gesture of thanks to Mexico. This collection has now become the Don Quixote Iconographic Museum.

Traveling to Guanajuato mid to late October, you can experience the International Cervantino Festival, honoring a tradition started in the 1970s of performing short plays by Cervantes in the public squares. Now, world-class artists and performers join from around the globe offering plays, dance, operas, folk and contemporary music, visual arts, workshops and classes. Throughout the year, you’ll likely run into street performers dressed in Cervantino garb reciting plays throughout the day.

Callejón del Beso, or Alley of the Kiss, is the smallest of the tiny alleyways in Guanajuato.

As with many great things in Mexico, it gained popularity as an attraction by means of tragic legend. On one side, a wealthy young lady once lived. In love with a poor miner, she would lean out of her window to kiss her forbidden lover on the other side. Her controlling and jealous father discovered her and killed her with a dagger… and the miner then took his own life later at the mine. The alleyway is now said to bestow good luck to lovers who visit and kiss on its steps.

My take—it’s definitely a worthwhile romantic stop, but avoid locals trying to sell you their hand-drawn pictures of the alleyway—within seconds and without permission they try to write your name on the art, guilting you into a purchase.

In comparison to other major tourist hubs, Guanajuato has a smaller, emerging culinary scene. Still, there is a nice balance of cheap, affordable local plates and restaurants featuring global or contemporary cuisine.

For quick and cheap eats, check out Mercado Hidalgo, a large central market that offers a good variety of local foods. 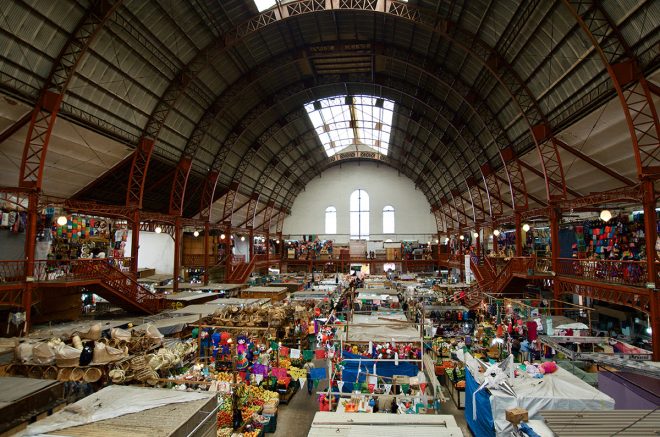 One of my favorite Mexican dishes, Pollo a la Leña is featured locally. This wood-fired chicken is accompanied with rice, tortillas, and fresh salsas. 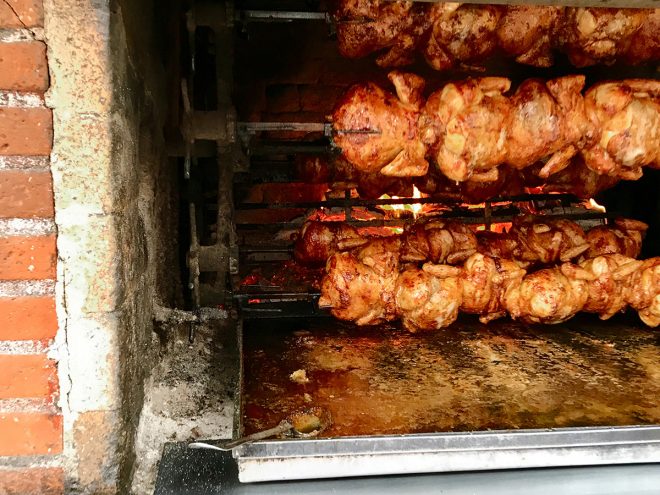 Sidewalk restaurants line the beautiful Union Garden, but can be pricey. Guanajuato is also host to a couple of local coffee roasters, cocktails bars and a mezcalería for enjoyment day or night.

Guanajuato is easily accessed via public bus from Mexico City or neighboring towns, such as San Miguel de Allende. First class buses from Mexico City provide impressive comforts for an affordable price—a great opportunity for a little luxury for the budget-minded traveler.

Leon International airport is about 45 minutes away and shuttles can be arranged cheaply to and from Guanajuato. Shuttles provide more comfort, but also a bit more safety in this area over a regional taxi.

Once in Guanajuato, walking is the easiest way to get around, but Ubers and taxis are also available. Though taxis are relatively safe, the rates are not well regulated and the vehicles are typically quite worn, sometimes without a working meter.

Day of the Dead in Oaxaca Impressions 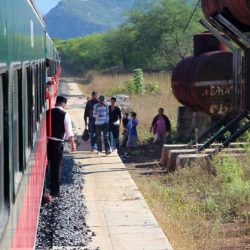