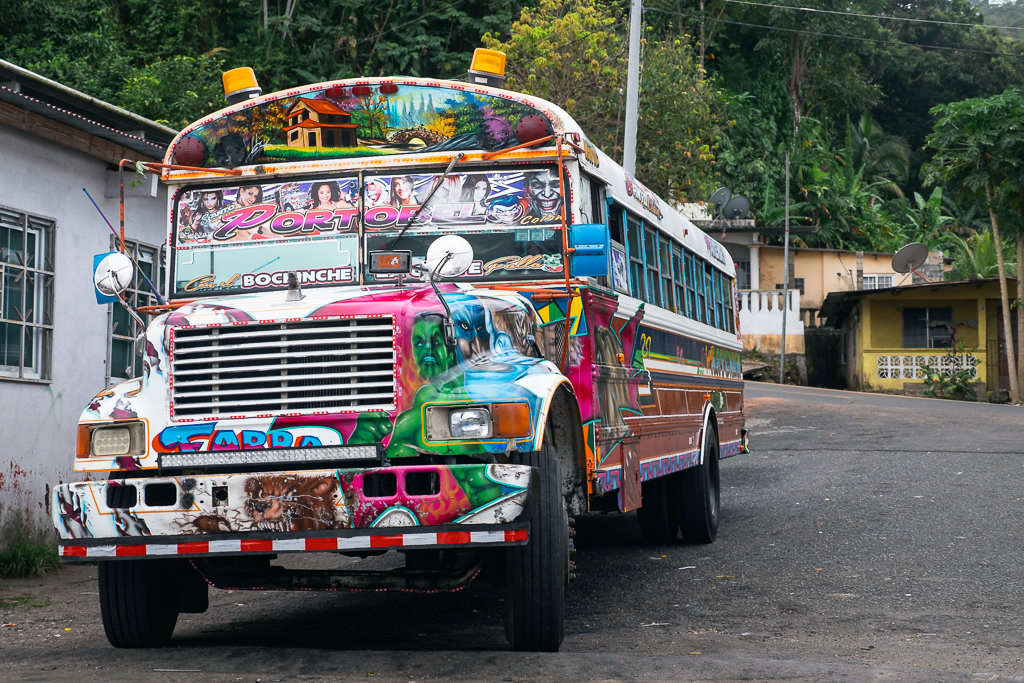 If you’re planning a trip to anywhere in Central America, you’re no doubt aware that the region still has a bit of a bad reputation for safety.

I admit I also had some reservations before I went traveling around Central America for several months.

Well, the stats don’t lie: crime levels are definitely higher in Central America than in some other parts of the world. Of course, this also needs to be put into perspective, as this may relate to places you may never go as a tourist. While certain parts of Central America are far from a crime-free utopia, in reality, you can still travel safely as a responsible traveler.

Here are a few tips for traveling safely in Central America.

Note: Even though it’s in North America, I will also be including Mexico here.

1. Most countries are quite safe!

Central America has some known trouble-spots, but much of the region actually isn’t all that bad. In fact, in several countries, I felt the situation is not all that different from other regions I’ve traveled, such as in Asia.

Based on UN crime statistics (as well as anecdotal evidence) it’s possible to make some rough distinctions between the different countries.

Firstly, Costa Rica, Panama, and Nicaragua have good reputations for safety. There may be some places here and there where travel guides or locals tell you to be a bit more cautious, but broadly speaking these countries are known to be reasonably trouble-free. If you’re a normal responsible traveler, then these countries aren’t worth worrying too much about! Of course, take care as you would anywhere in the world, and be mindful in the big cities.

The situation in Mexico is different in each state, but all the major tourist destinations are well-protected and should give little cause for worry. At the time of writing, Guerrero state is known to be a serious trouble spot, though other states are fine. Baja California, the Yucatan peninsula, Oaxaca, and Chiapas are especially popular places for tourists and are also especially safe. While it’s a good idea to read the official travel advisories before visiting, Mexico is in reality quite different from how some people (especially Americans) imagine it.

These countries do require a bit of extra care though:

Guatemala has much more of a serious problem with crime. One tell-tale sign is that it’s common to see armed security outside of banks. Anecdotally, I also heard of a number of travelers getting into issues here. Certain places are known for muggings after dark (like the viewing points in Antigua). To hike around Lake Atitlan, it’s often recommended to go with a guide who knows how to avoid trouble-spots. While I didn’t find Guatemala particularly threatening — it is, in fact, my number one favorite country in Central America — it also seems like a place where you shouldn’t be a mindless idiot, so to speak. Inquire locally about safety, just to be aware.

Finally, El Salvador and Honduras have by far the worst crime statistics in the region. Luckily, this relates mostly to the criminal underworld and has little to do with tourists. Nevertheless, I still felt that your movement as a traveler can be more limited here. (For example, I noticed that in Copan Ruinas people wouldn’t go on the street anymore after 9 P.M. or so.) El Salvador and Honduras do have a different vibe, and I’ve personally found myself approaching these countries with more caution than others.

2. Take care in the capitals

It’s best to assume that the capital cities are going to be a bit rough; Guatemala City, Belize City, Managua, San Salvador, etc. all have relatively poor reputations (Panama City has a somewhat better rep). Take official taxis at night and stay in a hostel/hotel in a good neighborhood.

The capitals cities in Central America also happen to be pretty dirty/chaotic/stressful, so your time is better spent in smaller cities and the countryside anyway.

I think of the capitals mostly as transit hubs rather than key tourist destinations themselves. An important exception for me is Mexico City, which I feel is extremely culturally vibrant and has so many amazing museums. But other than Mexico City, the capitals are pretty underwhelming, so I don’t think you’ll be missing too much.

You may have heard the usual advice already, but: don’t wander the streets alone drunk at night, know which areas to avoid (if any), leave your passport and valuables in a hotel safe or hostel locker, and don’t openly show off any expensive items.

If using local so-called chicken buses (converted US school buses) keep a close eye on your stuff, as these buses tend to be packed with people and luggage providing potential opportunities for theft.

Take Ubers or official taxis. It’s better to have someone call a taxi than to grab one at random, as some taxis can be sketchy.

Be sure to get some travel insurance as this will give you support in case of accidents or theft.

Knowledge is power! Ask staff at your place of accommodation about the area and you will be immediately a little wiser. It will help you avoid trouble areas, but often this will also make you feel much more assured about areas that have a better reputation.

Knowing Spanish can help you raise your situational awareness and increase your ability to get help or information from locals. If you are going to spend some extended time in Central America, it pays off to learn some Spanish. This will also obviously enhance your cultural experiences — you’ll find that the locals are often very friendly and curious and want to talk to you.

Do you have insurance?

Travel insurance won’t in itself help you stay safe, but it can minimize the risks of travelling. With an insurance policy, you’ll be covered you for medical expenses, theft, personal liability, cancellation, and more. I recommend Heymondo, which offer flexible insurance for independent travelers with 24-hour worldwide assistance through their own app.

Get a quote now

5. Don’t get too paranoid

I know that by talking about safety, it’s already possible to make you worry needlessly. But what you’re no doubt going to find is that shortly after you’ve arrived in your destination, you’re going to ease into the experience. Soon you’ll wonder what you were worried about at all.

Before I first went to Central America, people just kept telling me to “be safe”, which eventually got to my head a little bit, despite the cheerful reassurances from a friend who’d already been.

But keep in mind that the people who often have the strongest opinions on the topic are the ones who have never actually been. Watching some edgy Vice documentary on the dark underbelly of some place or other is not going to tell you anything useful about what it’s like to travel somewhere as a tourist. It’s totally different.

Be sure to avoid outdated information as well. The security situation has improved a lot in many places, and what an old second-hand travel guide tells you may no longer be accurate at all.

I spent about 6 months in Central America without any issues. People were very welcoming and friendly everywhere. But I do also know — through people I’ve met and the word in the travel community — that Central America isn’t exactly a crime-free utopia. Don’t be naive as serious crime does occur, and you’re obviously wise to travel in a sensible manner.

That’s probably the most balanced thing you can say on the matter. Central America may not be quite as safe or as easy as Southeast Asia or Europe, but the situation on the ground will probably be a lot better than you imagined. Make sure you’re adequately informed, but don’t let Central America scare you! It’s a truly amazing part of the world to travel. 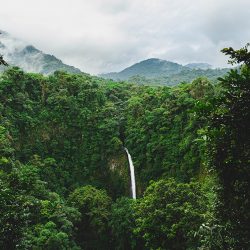 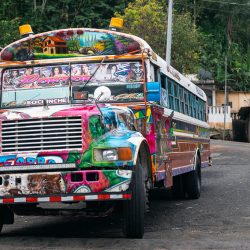