Cambodia: Seeing the Cracks in the Picture

On my second visit, I'm noticing more what a mess this country is in

I first traveled in Cambodia in 2013. Now I’m back five years later, and I’m getting a completely different impression of this country.

In 2013, I was mostly just having fun. Yes, I did go to the genocide museums and reflected on the horrors of the Khmer Rouge. I also probably read the History and Cambodia Today sections of my Lonely Planet. But I mostly just traveled around, saw the temples, partied in Sihanoukville, and concluded that this is a really fun and cheap travel destination.

This time I’m enjoying Cambodia again, but I’m also noticing much more how terribly messed up this country is politically. And it’s left me with much more mixed emotions than ‘yay, it’s fun and cheap!’.

A large part of why I feel differently this time is probably quite subjective. Since I was last here, I’ve gotten more into the habit of asking people questions when I travel. I try to make more of an effort to ask locals what the talk is around town, as it’s a nice way to get some more background on the places you visit.

In Cambodia, asking little questions can open big cans of worms. Instead of getting some fun little anecdote about the local life, you’ll often get a big infodump on all the bad shit that’s going down. And then you’re sitting there going… wow, yep, that is a lot of worms. I am now covered in worms. 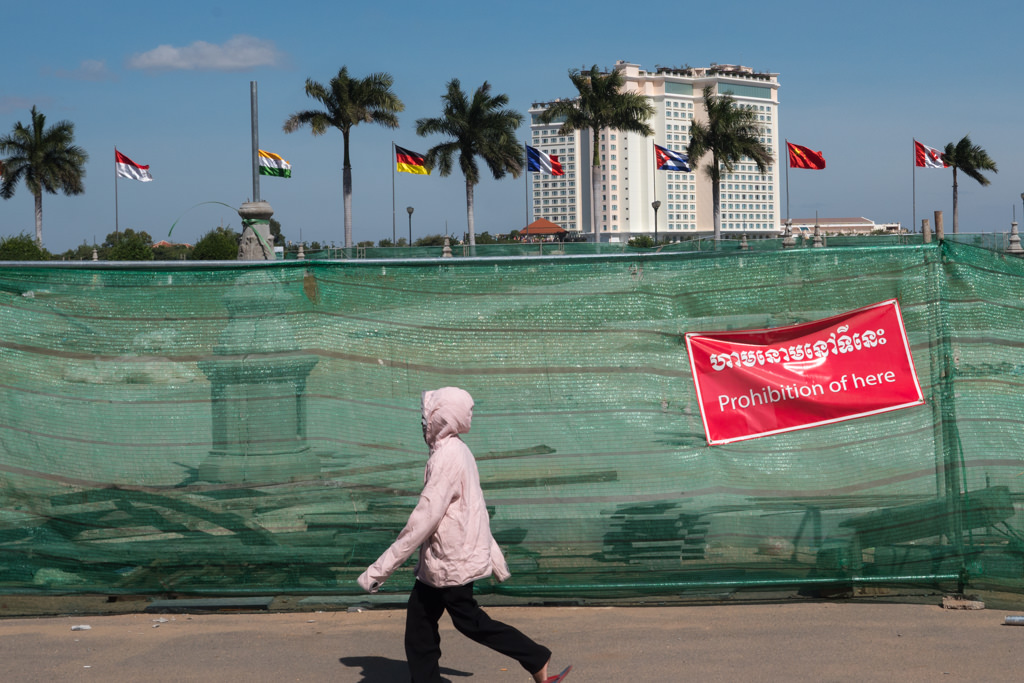 News reports can tell you more, but the gist is that the government in Cambodia is horribly corrupt, and this leads to lots of bad stuff. The country is also in an awful place politically, with independent newspapers and opposition parties having recently been shut down.

I got a small taste of the political climate when I was sat in a cafe in Kampot with my laptop out. I was reading a news article that had a photo of Chinese president Xi Jinping shaking hands with Hun Sen, the man who’s been in charge in Cambodia since 1998.

That picture did not go unnoticed. Straight away, a waiter came up to me to ask me questions about what I was reading. Did I know the people in the photo? What did I think of Xi Jinping? What about the other guy? I was not expecting to draw so much attention.

We talked for a bit about the article and about Cambodia. Then I asked the waiter what he thought about Hun Sen. This made things a bit awkward.

“There are many people who don’t like him,” he said after carefully considering his words. “But I can’t say anything, or else…”. He gestured his throat getting slit. Then he scuttled back to the bar.

Soon enough another waiter came to me, also seeing the image and wanting to talk. He was also interested in hearing what a foreigner knew or thought about Cambodia. In exchange, he offered just one thought: “Hen Sun is a strong leader. Very… strong.”

He too then gloomily scuttled back to the bar.

As I spoke with other hostel staff, local guides, and expats around the country, I started to feel a little depressed about Cambodia.

Not only because the regime is oppressive. But also because just about everything seems up for sale to the highest bidder, no matter the human or environmental cost. The seas are being emptied by Thai and Vietnamese trawlers, national parks are being destroyed by illegal loggers and Chinese and Western mining companies, and all the islands have been sold wholesale to foreign investors with no regards for their original inhabitants. I kept getting the sense that Cambodia is a country that’s rapidly being hollowed out.

Casinos are popping up everywhere, along with rumors that include words like ‘the mob’ and ‘money laundering’. Bokor National Park, a place that should have never been anything but an ecotourism hub, is now becoming a casino resort. Koh Rong island is getting its first casino soon. All of Serendipity Beach in Sihanoukville is being transformed into a Chinese casino strip.

Casinos by themselves don’t have to be a problem, but in Cambodia they do seem emblematic of other issues. A guesthouse owner told me of a riot that recently broke out in Sihanoukville between local Khmer and the Chinese construction workers who were building the new casinos there. The local newspapers had reported on this brawl but left the Chinese out of the story entirely, framing it as a fight between Cambodians.

Shortly after revisiting Kampot, I heard of long-established local tourism businesses there being ordered to shut down and forced to sell to Chinese investors against their will.

When speaking to locals or expats in Cambodia, I often sensed a lot of disappointment and distress — either with what’s happening with the environment or in people’s lives.

On paper, Cambodia is, of course, doing great. Its economy is growing by about 7% every year. You can easily tell from the much-improved quality of the roads, among many other things. But looking at any metrics other than GDP, things seem to be less amazing.

The truth is that as I traveled around Cambodia this time — and as much as I thoroughly enjoyed it — deep down I also felt kind of bummed out, as not once did I get a hopeful or positive story from anyone I spoke with.

As nice as a travel destination as it is, I hope there’ll be a better future for Cambodia. 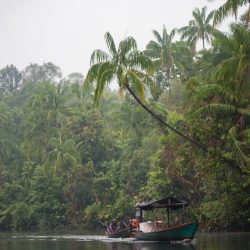 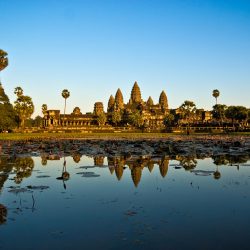 How To Plan A Trip In Cambodia (Travel Guide)