What You Should Know Before Travelling by Baz Bus

Update Nov 2022: it seemed for a while that the pandemic had pushed the Baz Bus out of business, but as of this month they are back and taking bookings again. That is great news for anyone wishing to go backpacking around South Africa! More details at Bazbus.com.

The Baz Bus is a backpacker bus service in South Africa that connects many of the popular travel destinations around the country. For many travellers it’s an attractive and convenient option, though after using it on my South Africa trip I realized it does have some shortcomings.

If you’re used to backpacking by public transportation then Baz Bus is probably the obvious choice, though it’s good to be aware of its pros and cons.

I also recommend considering carefully if renting a car might be another option for you. This definitely has its own pros and cons as well, but it could be a better option depending on your travel goals and driving ability. 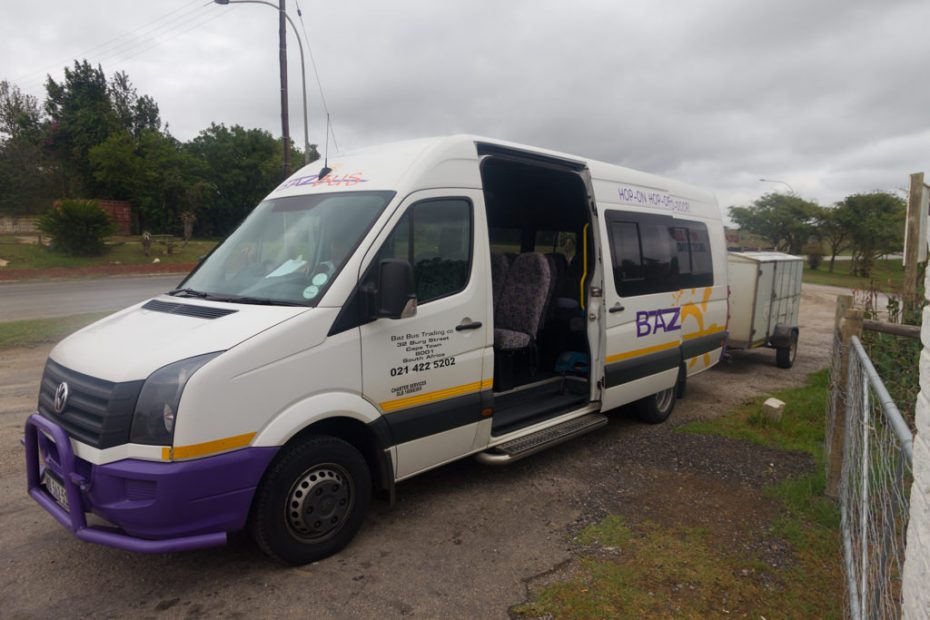 Travelling in South Africa is different

To understand why Baz Bus exists, you have to know that public transportation isn’t so great in South Africa compared to many other countries.

This is different from Europe, for example. There you can expect scheduled train or bus services often running throughout the day. In regions like Southeast Asia or South America, if there isn’t a scheduled bus you’ll often find a cheap and safe tuk-tuk or minivan service.

By contrast, in South Africa bus services are far less frequent; sometimes you’ll be lucky if a single Greyhound bus passes through town once a day. While there are inter-city services between major hubs, getting to smaller rural places can be much more challenging. And many travel guides caution against using local minivans for security reasons.

It’s in this context that the Baz Bus offers an alternative: it’s a hop-on-hop-off backpacker bus service that runs mostly along the coast from Cape Town all the way to Johannesburg, stopping at various popular travel destinations along the way.

Typically you pay for a ticket once which then lets you take as many of the predefined stops as you want with no overall time limit. You even get picked up and dropped off right at your hostel (if it’s one of the participating hostels). The Baz Bus is specifically set up for travellers and the destinations include a lot of smaller towns and beach places that are normally a lot more difficult to reach.

That may sound very good, but the Baz Bus does also come with a lot of if’s and but’s.

The words “hop on, hop off” sound super casual, but Baz Bus actually runs according to a strict schedule. It isn’t flexible in every sense.

When I travelled with Baz Bus in 2017, some of the limitations were disappointing to me — even when I knew about them in advance, they felt much more frustrating in practice.

It was often difficult to keep my itinerary flexible or to adapt to changing circumstances. The Baz Bus doesn’t run every day, so you have to be conscious of any days that you may be stuck in a particular place. The departures are also often at awkward times, which will cut your day in half. When your Baz Bus leaves at 10pm but you’ve already checked out at your hostel, then the whole evening feels like you’re just waiting for your bus—and you can’t fully commit to any evening activities. When your Baz Bus is at 3pm, it prevents you from doing a full-day tour or activity that day.

Ultimately your itinerary ends up getting sliced-and-diced in various ways that takes away some of the natural flow from your trip.

As of November 2017 the Baz Bus timetable has been improved for the most popular Cape Town to Port Elizabeth segment: it now runs 7 days a week (instead of 5 days previously) which is a major upgrade that makes this part much more fluid and easy to travel. The Port Elizabeth to Durban and Durban to Johannesburg routes are only serviced 4 days a week though, so this requires some planning if you are on a limited travel schedule and trying to fit in certain key destinations.

I think the important things to be aware of are these:

You can easily get focused just on the words “flexibility” and “hop on and hop off”, but be sure to look closely at the specific travel options that are actually available.

You don’t need it to meet travellers

This point can be subjective, but I think the social element doesn’t have to be a factor in deciding to go with Baz Bus.

You might imagine it as a crazy group roadtrip experience, but in reality it’s just a (albeit friendly) bus service that takes you where you need to be. That’s not a bad thing, but I met some travellers who thought it’d be more of an ‘experience’ than just taking a bus.

If you’re travelling solo, you can meet people at hostels. Maybe you’ll make some travel BFFs on the Baz Bus, but most people are just tired and will be reading a book or listening to music.

I’ve been on different bus services around the world where you’d end up spontaneously making friends because you’re all heading exactly the same way. On the Baz Bus, most other passengers are going to totally different places, as there are so many different possible stops. Most people are heading to different hostels or guesthouses as well, which can be very far apart. This means there aren’t so many natural synergies between different groups of travellers and so connections tend to be made at the destinations instead.

Renting a car is cheaper

OK – this is actually the main thing I wanted to share, which is that in hindsight I really wish I’d rented a car.

It would have been cheaper, faster, and gives you way more freedom.

Look around and for 5400 Rand you could also rent a mini for about 3 to 4 weeks. Sure, you still have to pay for fuel, but share a car with a few people and it’ll still be way cheaper—and without any of the limitations mentioned above.

Not knowing anything about South Africa before my trip, I thought that maybe the roads would be bad or that driving there might be super dangerous. Nope, it’s fine. Stick to the main roads and it’s all very obvious and it didn’t ever feel unsafe (especially during the day).

It’s also much faster. Take for example the first leg of my trip, which was from Cape Town to a town called Wilderness. By Baz Bus, it takes 9 hours, since it has to make so many stops. By car, this takes about 5 hours. This means that if you leave Cape Town in early morning, you can still enjoy much of your day in Wilderness.

Admittedly it can also be tiring to drive, but to me the advantages outweigh this massively.

There’s no question that the Baz Bus is better than travelling by public transportation. If the Baz Bus goes to the places you want to go, then it’s surely a better option than using local buses. (In my personal experience the Baz Bus also provided a very professional, timely, and friendly service.)

It can also be great if you can’t drive, or if you’re an inexperienced traveller and the thought of doing the trip yourself is freaking you out. Baz Bus will be  slower and more rigid, but also more convenient.

BUT… if you can drive and you prefer to have maximum flexibility and freedom, I highly recommend getting your own car. I shared a car with other travellers for a few days and it made a huge difference. I definitely wish I’d done my trip as a self-drive trip instead so I could have true freedom and maybe gone to some off-the-beaten-track places. I’m not sure about the security implications of self-driving, but I will leave that to you to research based on the current situation in South Africa.

The Baz Bus will surely be a great option for many, but it also might not be the only option you have. If you do take the Baz Bus then know it’s not totally open-ended, and you’ll be constantly tied to the timetable especially between Port Elizabeth and Johannesburg. 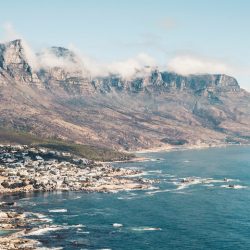 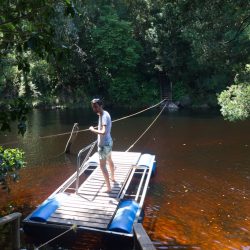