I recently spent three days on a mini-expedition to the salt flats of Uyuni and the Chiguana desert in Bolivia, a desolate Moon-like place that’s like something from a dream.

To visit these remote and isolated places we had to ride jeeps through rough terrain. The landscape around us seemed to stretch out forever, and we were often many hours of driving away from the nearest human settlement. Our backpacks and food supplies were stored on the roofs along with refuelling tanks, as there were no gas stations anywhere along our route. 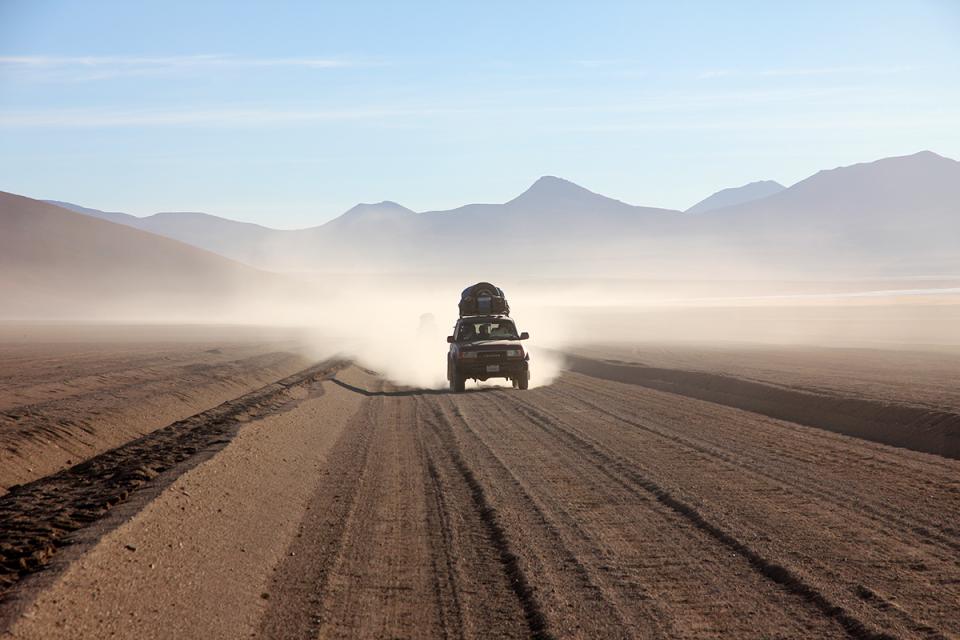 Along the way, we saw the infinite whiteness of the Uyuni salt lake, explored surreal islands with petrified coral and giant cacti that were up to 700 years old, rested alongside lagoons full of pink flamingos, and visited a semi-active volcano where boiling mud and sulphur fumes violently burst out of the ground.

It was, in a word, phenomenal.

But not exactly everyone enjoyed it. Specifically, there were two women in my group who were seemingly having the worst times of their lives.

Well, because it was quite cold at times, which is not surprising at an altitude of up to 5000m…

And… because our lunch had been prepared in the morning and stored in a picnic box, instead of having been prepared fresh at lunchtime.

And because in the middle of the desert, miles and miles away from civilization, we had to use a biological toilet. The horror!

It’s really puzzling why they were here. They kept complaining about the basic food, or that there was only instant coffee and not coffee from an espresso machine (in the middle of a freaking desert!), or that driving a jeep through rough terrain was ‘too bumpy’. What did they expect?

It’s sadly not the first time I have met travellers like them. It always bums me out.

It’s like they didn’t know any of the important things to know about Bolivia before they decided to travel there.

When it comes to adventure travel, sometimes the most unique, interesting, need-to-write-home-about sights can take a little effort to get to. You might not be enjoying 5-star comfort all the time, but that’s not what it’s about. 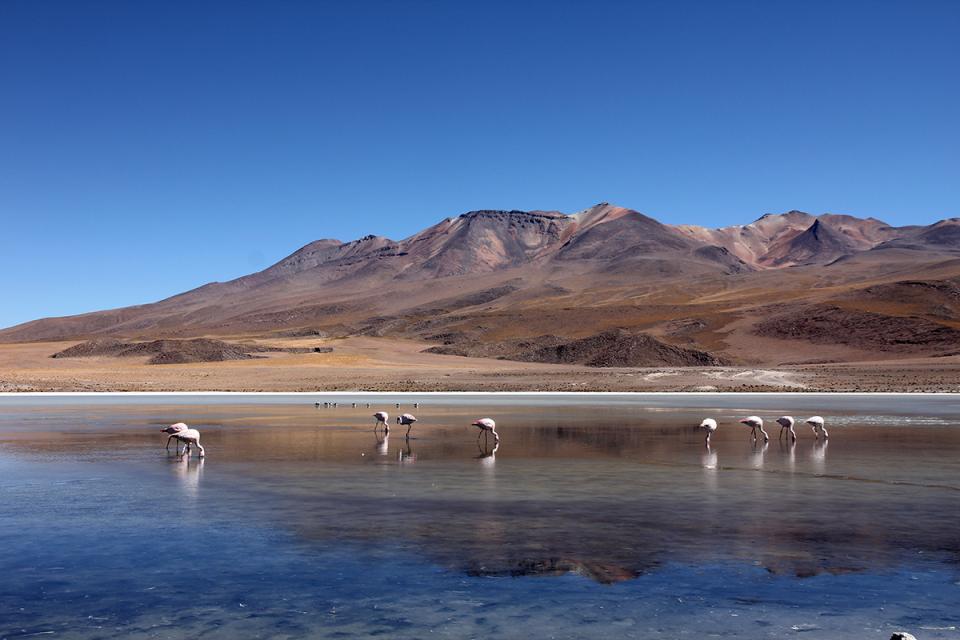 Above: stunning lagoons, entirely ruined by the nightmare of instant coffee.

Maybe you have to make due for a while in a desolate place, like this desert I went to. Or maybe you just have to ride a bus for many hours that’s crammed with people, luggage and possibly live chickens. You might have to arrive somewhere at 6 a.m. and find your accommodation in the dark, or have to eat more basic meals in authentic local places instead of your typical Western gringo fare. If you are travelling on a tight budget, maybe you need to settle for a basic guesthouse or sleep in a dorm.

All this may not be for everyone, which is understandable. But if it isn’t for you, then there is absolutely no shame in having a regular holiday!

For example, the two women on my tour probably would have been much happier just renting a villa on the coast of Italy or sipping cocktails on a beach in Thailand. If you want comfort, then maybe Bolivia—one of the poorest countries in the world—should not be your first choice.

The point is not that backpackers are hardcore and those wanting comfort are being silly. It’s fine to want luxury, and I have been on more comfortable holidays myself. The point is that if you are going some place a little more adventurous, you should know what to expect. 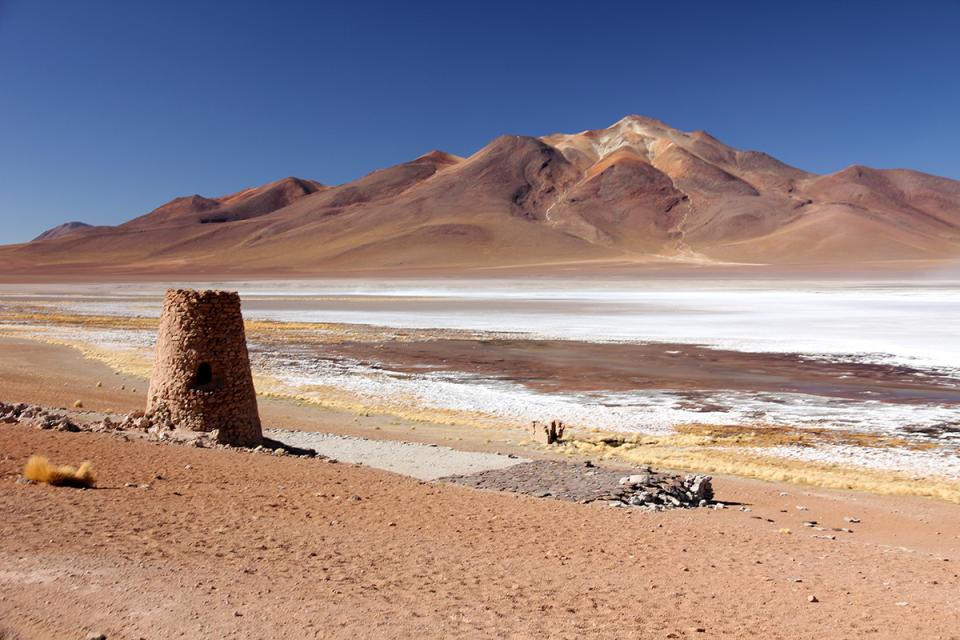 Atacama desert, near the border with Chile

I feel like backpacking is for anyone willing to go just a little bit back to basics. But I also say that even though we are clearly not in the pioneering days of adventure travel anymore. You can backpack with relative ease even in relatively undeveloped countries.

While some would like to pretend they are Marco Polo discovering the world for the first time, that’s often just an image they project onto Facebook and Instagram. Going into a remote desert might sound kinda badass, but the reality is that you’re probably enjoying a conveniently pre-arranged backpacker tour and still check into WiFi every day.

Backpacking doesn’t have to be that strenuous or challenging, as long as you can make due a little bit sometimes.

But conversely, if comfort and luxury are important to you, I also think you shouldn’t pretend otherwise. Why do something that you are not going to enjoy? 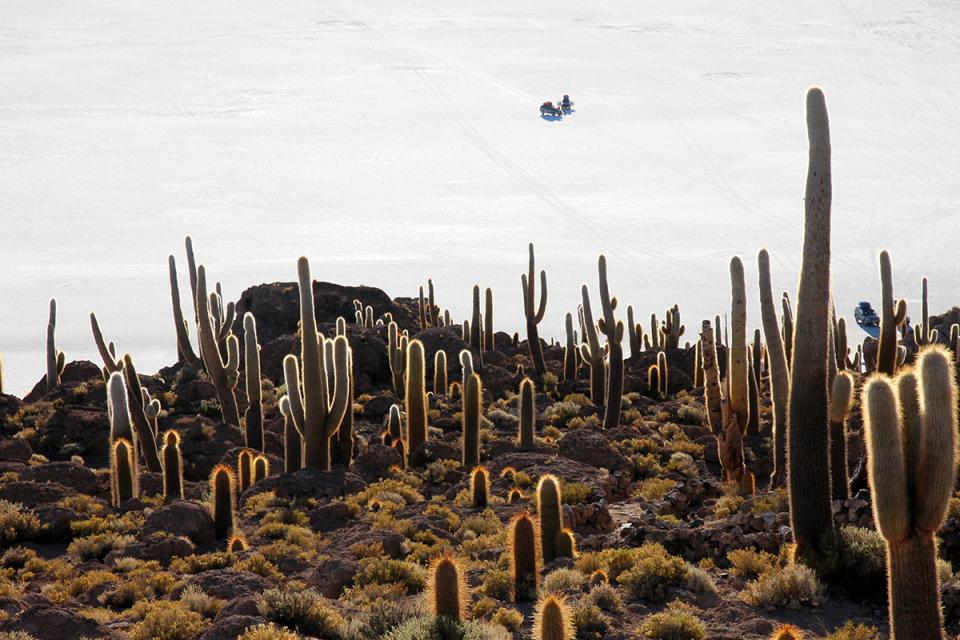 Hundreds of years old cacti in the Uyuni salt flats. The black dots in the distance are our jeeps.

I think you have to ask yourself some questions. For instance, are you okay carrying your own luggage? I genuinely heard people complaining about not getting their luggage carried up to a treehouse hostel in the jungles of Nicaragua. (What do you expect… it’s a treehouse!)

Can you deal with the unexpected sometimes? And could you survive on bad Nescafe instant coffee for a while?

On my trip in the Bolivian desert there was another notable person in my group. He was a little over 60 years old and had joined his daughter (who had been travelling for a year) for several weeks in Bolivia and Chile. Despite his older age and despite (as he told us) being used to flying business class, he didn’t mind the basic accommodation or food whatsoever. In fact, he was one of the most chipper travellers around, and was constantly excited about the amazing landscapes and unusual wildlife around us. He adapted instantly and had a great time.

Needless to say he quickly became my favourite person on our mini-expedition. It was easy for me to admire him as in a quiet way he embodied the true backpacker spirit: it’s not about being the youngest or the most hardcore. In the end it’s simply about having a positive attitude and a willingness to go places. 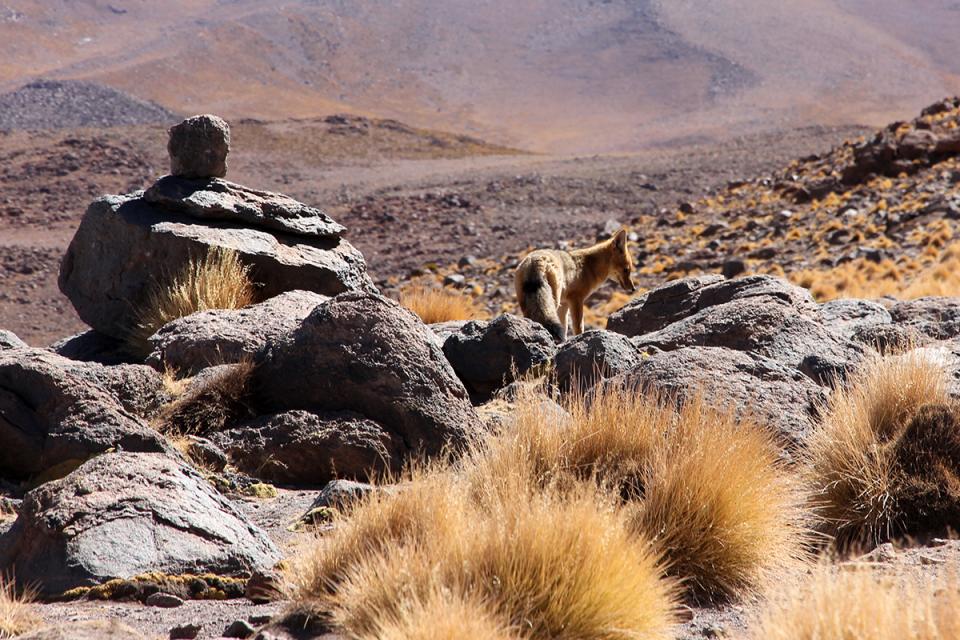 On one of our breaks I sighted this Andean fox. About as awful as the dorm beds we had to sleep in. 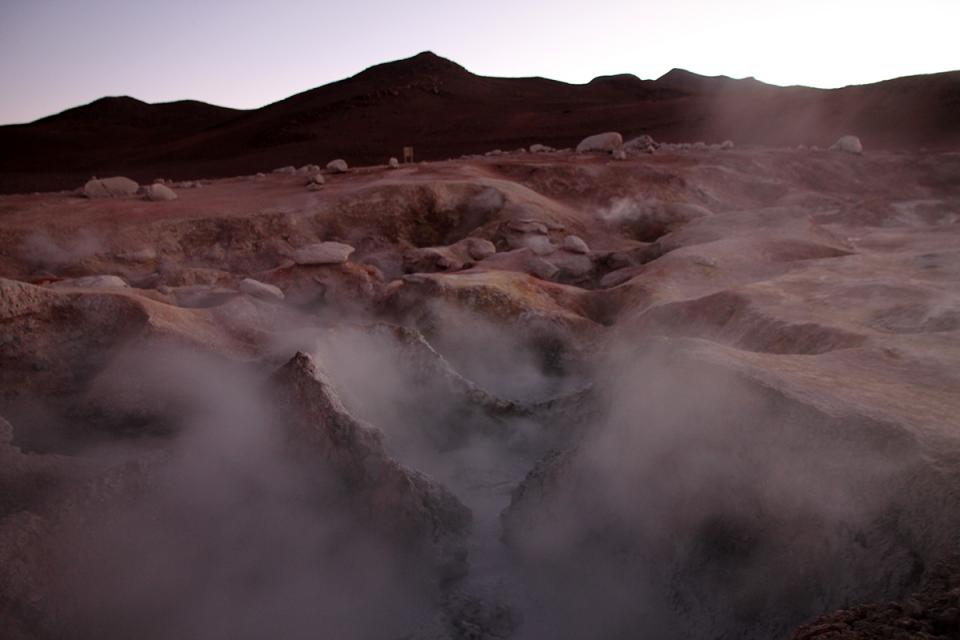 The crater of a semi-active volcano which we were free to explore. NASA does research nearby as rare microbes found here are similar to ones on Mars (!!). Sadly my travel companions were mostly occupied with complaining about the cold, and promptly returned to our vehicle. I wish they’d had a better trip. 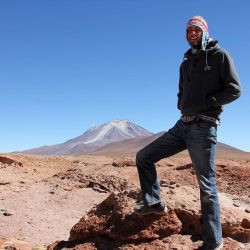 An Essential Guide to Backpacking Bolivia