The Medellin Walking Tour That Nearly Brought Me To Tears

Say ‘Medellin’ and most people think ‘dangerous’—and probably you know it as the one-time home to notorious drugs lord Pablo Escobar. But that is the Medellin of the past.

Today, Medellin is a very different city. It’s different in a way that is energizing and inspiring. 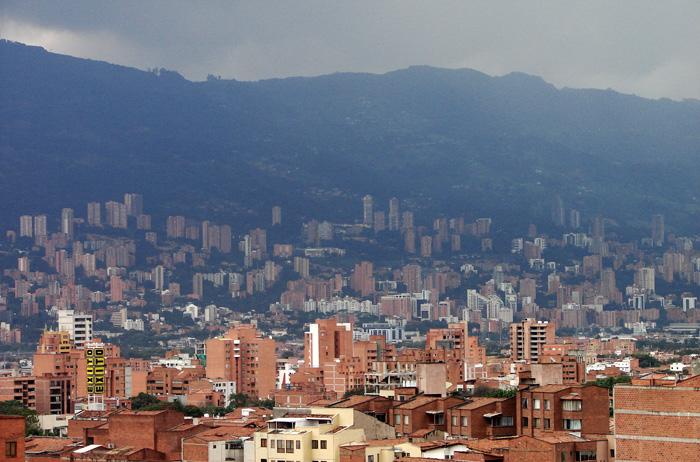 But you can’t truly feel the soul of Medellin without understanding its past, which is why I’m on a walking tour with a local guide named Pablo. He prides himself on telling foreigners about the ‘real’ Medellin, meaning he will talk about both the good and the bad. And there used to be a lot of bad in this city.

However, he immediately makes clear that this is not a tour about Pablo Escobar, or as he refers to him, “the criminal with my name”. To say that Escobar is a controversial figure in Medellin would be a huge understatement, and my guide does not refer directly to him by name to avoid heckling from passers-by. 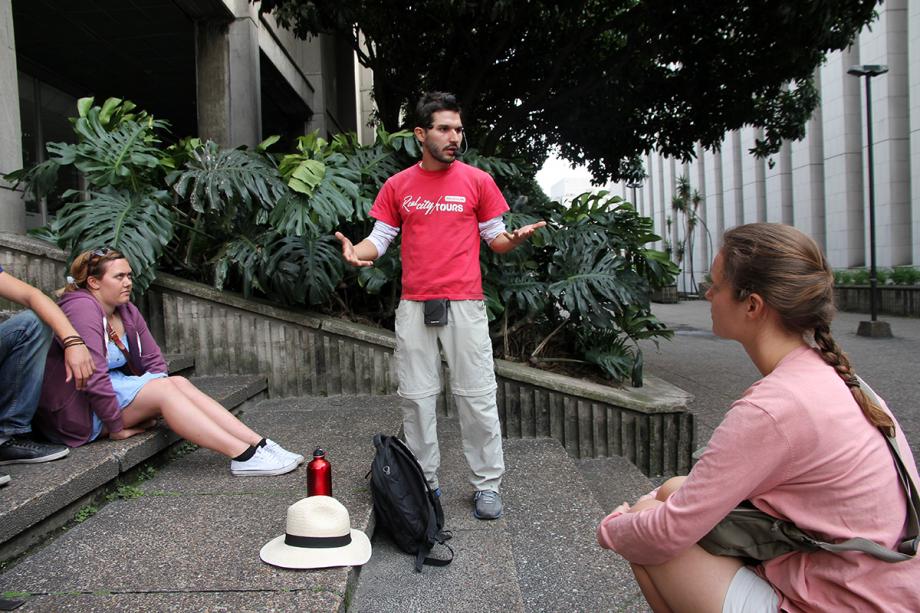 While some Colombians look at Escobar favorably as a sort of Robin Hood figure (since he handed out lots of free things to boost his image), most people actually despise him. As a Westerner it might be difficult to understand how reviled Escobar truly is; we might know him as an iconic ‘Godfather’-esque figure whose face is sometimes printed on cheap t-shirts, but there’s nothing at all cool about him here. Merely hearing his name can still make some Colombian’s blood boil.

Colombia’s history is complex with many actors, of which Escobar was one. As becomes especially vivid on this tour, it is not that long ago that violence was a daily occurence here. 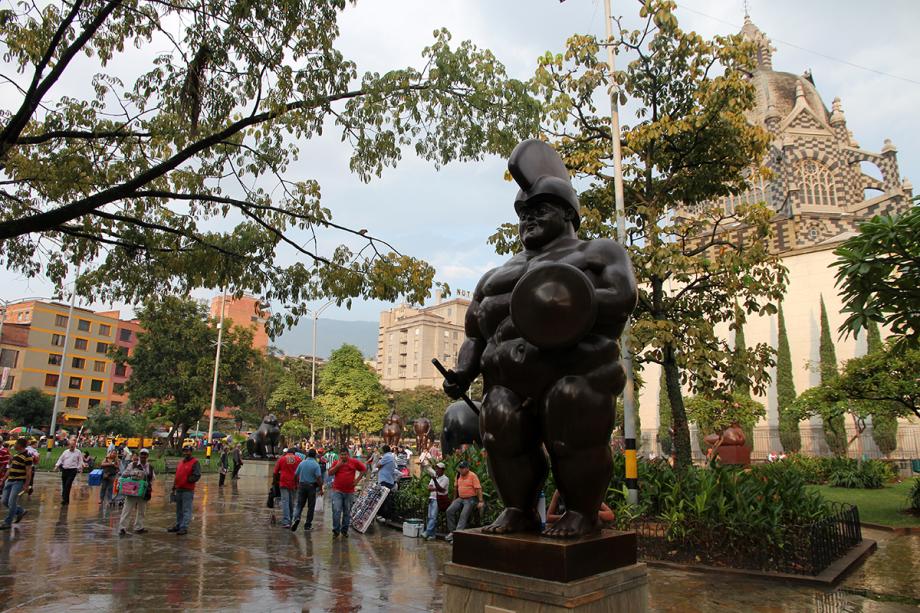 The many stories that Pablo told us about Colombia’s recent history affected me deeply. Born and raised in Medellin, our guide saw people getting gunned down with automatic rifles right before his house when he was just a child. And that’s just one example. Look into Pablo’s eyes as he speaks and you can not just begin to understand Colombia… you can feel Colombia.

We’re taken to a place near a metro station that was the location of a horrific grenade attack, but which is now merely a tiny footnote in Colombia’s troubled history. Later at a memorial, we’re told of a market bombing that killed 23 people—and a sculpture that exploded in the attack is still left here in its original state. 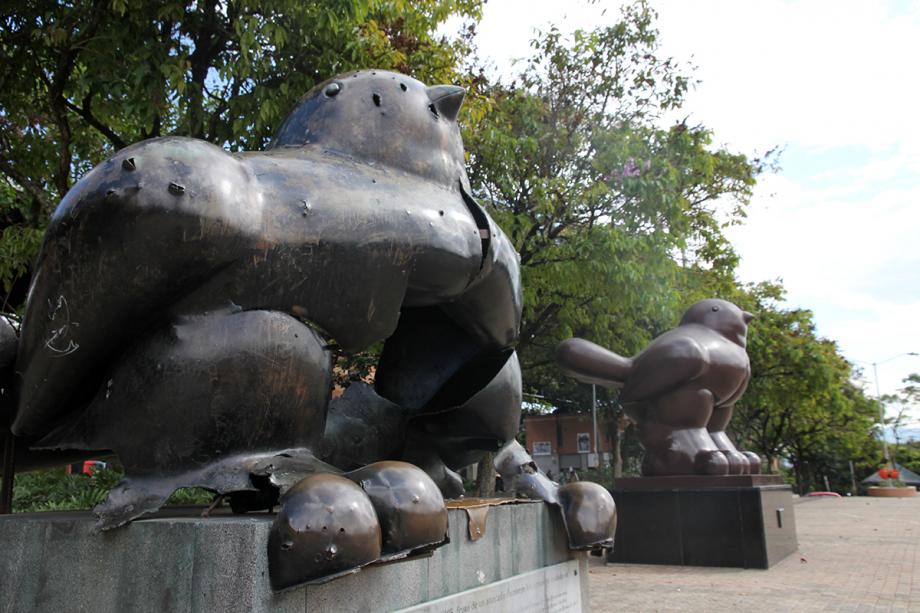 On the left, a sculpture that exploded in a bombing attack. The artist insisted the city keep it as-is, with a new sculpture placed next to it to represent the new Colombia.

As I listen to these stories, my eyes actually well up. These are not just dates and numbers… Pablo paints a picture so vivid it really hits you in the gut.

But I wasn’t just struck by emotion by hearing about the hardship and tragedy of the past; Colombia’s story is also one of hope and change. And Pablo’s walking tour  frequently switches from somber to joyful and funny.

There’s something beautiful happening in Medellin. Squares that were once the scene of brutal killings have been transformed into vibrant public spaces, in one case surrounded by amazing sculptures donated by a local artist. Libraries and galleries have sprung up all over the place. And a building that was once a refuge for criminals is now, fittingly, the city’s Centre for Education.

Medellin was once the most dangerous city in the world. Today, it is essentially safe (emphasis on essentially). Gone is the daily violence of the past, revealing a city that is vibrant and bursting with culture. 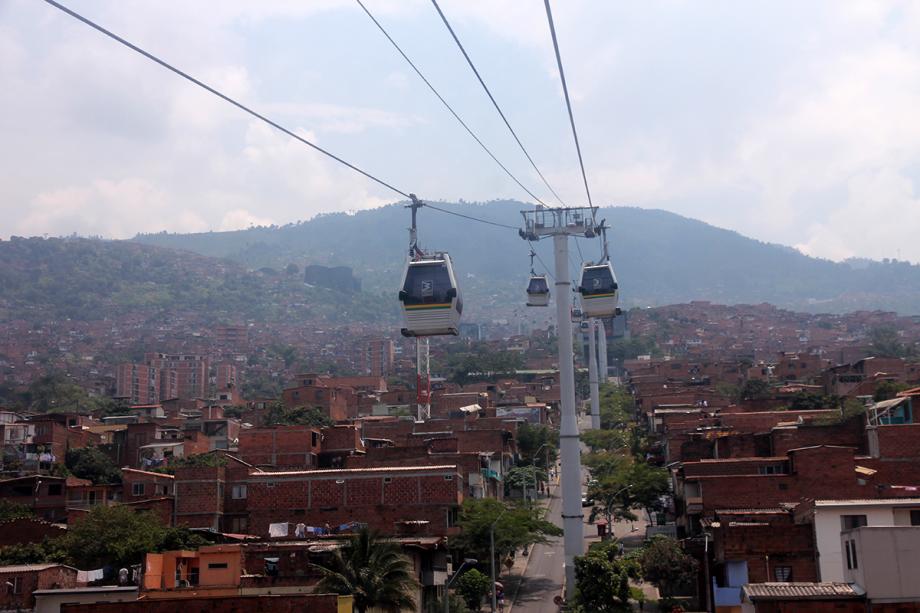 The cablecar goes into the slums and is slowly changing the city.

‘Metro Culture’ has become the city’s main symbol of change. The Metro system was built during the height of the Violence (referred to with a capital V) and so it became a symbol for hope and progress. What strikes me about the Metro in Medellin is that, unlike some other parts of the city, everything is immaculate. There is no grafitti, no chewing gum nor cigaratte buds here. The Paisas, as the locals are known, are proud of their Metro.

Medellin runs through a valley with its centre along the river, and on the surrounding hillslopes are the city’s poorest and toughest neighborhoods. In a stroke of genius in  urban planning, cablecars were built running up some of the hills and connecting to the Metro system, integrating the slums with the city proper. Seperate of the walking tour, I went up one of these cablecars.

The cablecars not only let poorer people commute into the city for only a dollar, the connection to the Metro legitimizes the slums. Around each of the pillarsof the cablecar I could see all sorts of city renovation iniatives, like a new car-free street or playgrounds for children. Everywhere along the route are large posters saying, in Spanish, “here too the Metro Life lives”. 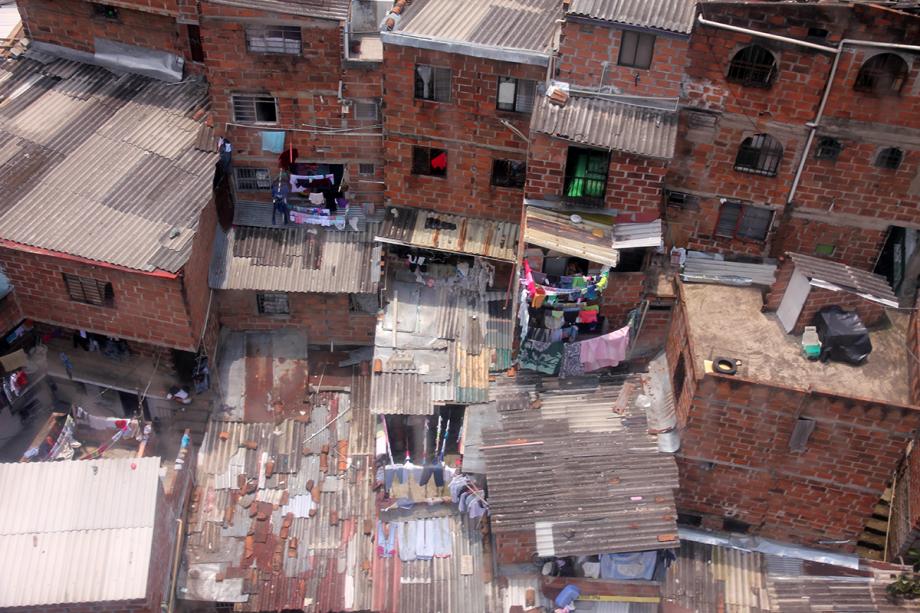 One of the poor neighborhoods as seen from a cablecar above

One of the cablecar lines goes even further past the slums to Parque Arvi, a forest beyond the hilltops. Parque Arvi is where middle-class people go on the weekends for hiking and picnicing, and there’s a regular crafts and artisinal products market. By passing through the slums, even the better-off are constantly reminded that these too are part of Medellin. Again, this seems very clever.

Medellin has actually become a model for urban regeneration, winning an international innovation award in 2013. During my time here I met a whole bunch of foreign architecture students on a summer exchange program to learn about the city’s rebirth. 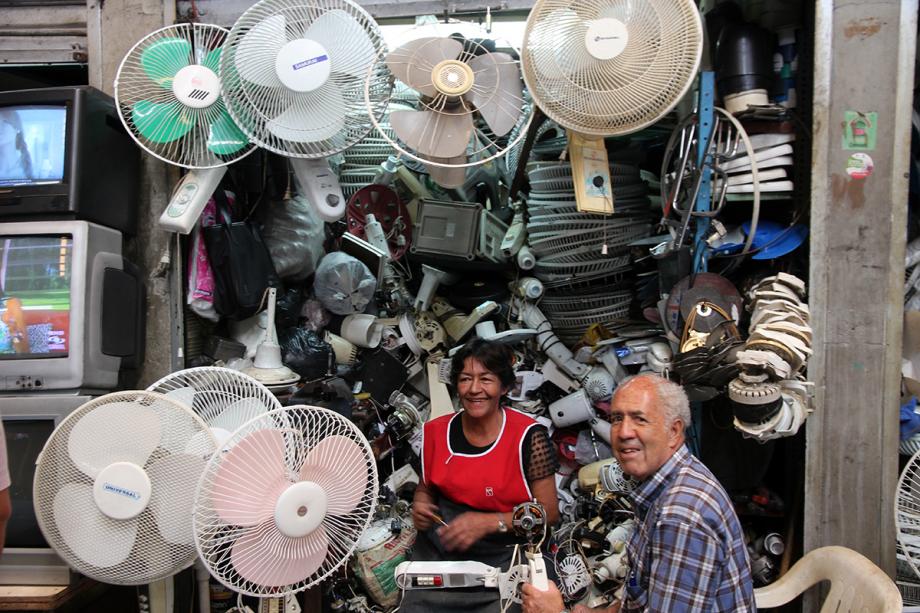 A fan repair shop at a local market. Colombians are generally very happy to see foreigners, and I was often greeted enthusiastically

Medellin is a city that makes many a traveller want to stay longer—myself included. It stillhas many rough edges, but it’s also much more welcoming and liveable than other major cities you might visit in Latin America. It’s probably in part because of its dark past that Medellin manages to shine so brightly today. 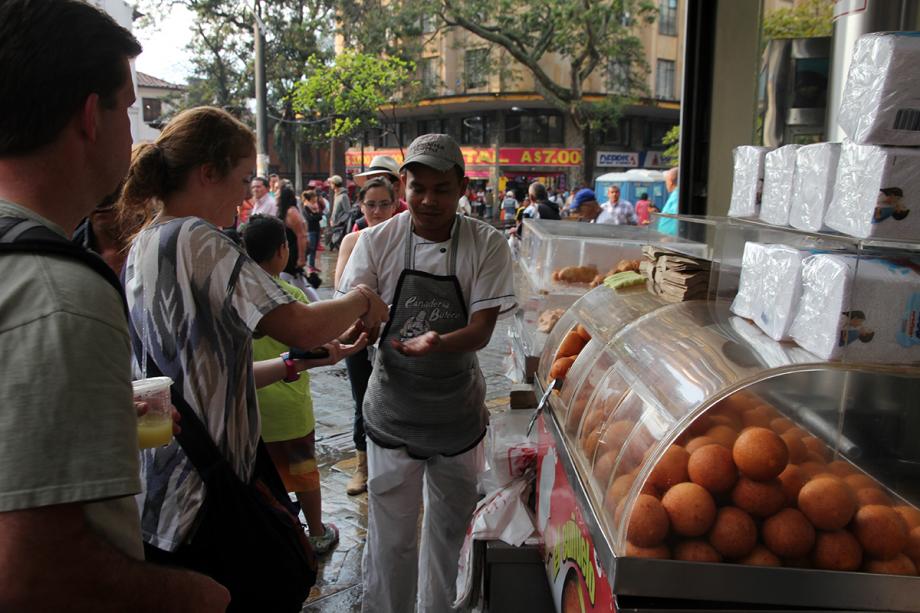 Time for a snack: Colombian Buñuelo, balls of fried cheese

Some great things to do in Medellin 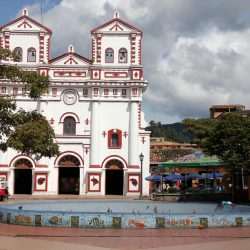 A Backpacker’s Travel Guide To Colombia 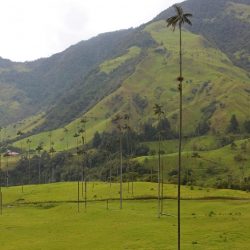