Koh Kood: A Most Wonderful Island (But Not My Thing)

My attempt to enjoy a resort island as a backpacker 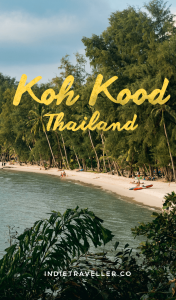 Scanning the shorelines of Koh Kood as our ferry approached, I was delighted by what I saw: the coastline around Ao Salad Bay was almost pristine, with gentle hills covered entirely in jungle.

Around the wooden pier ahead of us were bunched just a few dozen houses and fishermen’s huts on stilts. Poking out from behind this tiny village was a shimmering golden Buddha statue, seemingly gazing out to sea. 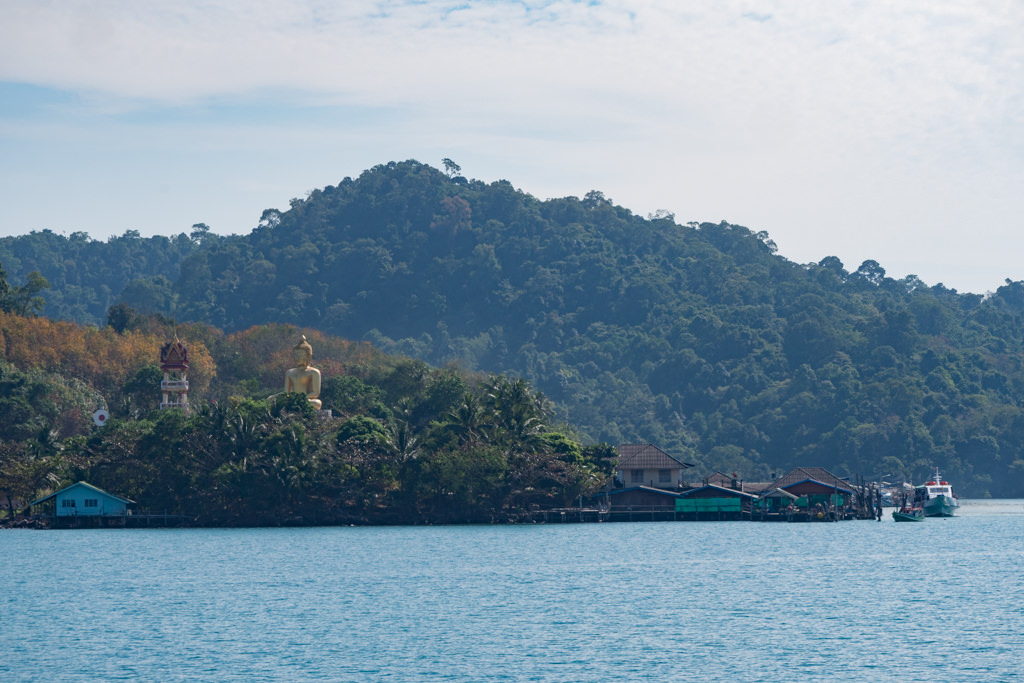 “You know what? I already love this island”, I declared to my fellow travelers.

Sure, we hadn’t even set foot on the island yet, but seeing a Thai island without the usual rampant development already made me think it would become a new favorite of mine. It did seem like love at first sight.

Knowing what it’s like in Krabi or on the Gulf Islands, I’d expect any Thai island to greet me with a cacophony of bars, souvenir shops, and travel agencies. But on Koh Kood (also known as Koh Kut), it felt quite different. As we disembarked, a few men unloaded supplies from a cargo vessel. Fishermen were pouring shrimp onto screens to dry them in the sun. It seemed like a friendly and unhurried place.

A songthaew then took us from the docks to the south, driving through unbroken jungles and mangroves for a good 20 minutes. We finally stopped at a road crossing, where there were just a couple of shops, restaurants, and guesthouses. I quickly checked into my room, then walked to the nearest beach… and it was easily among the prettiest beaches I have seen in Thailand.

It was only after a while that I realized Koh Kood isn’t quite the island I thought it was.

Now, I’ll probably be accused of snobbery here. ‘Ooooh Mr. Travel Blogger, you went to the nicest island in Thailand, but it wasn’t good enough for you?’.

But it’s not like that. I think Koh Kood is objectively a beautiful island: the waters are as clear as crystal and the beaches are spotlessly clean. Even in the midst of the January high season, it didn’t feel crowded whatsoever. And while it may not have any nightlife I also wasn’t looking for any at all, so on paper this would have been the perfect island.

It just turned out that Koh Kood is designed in a way that I find enormously irritating.

The thing is: it’s built mainly around resorts. I don’t necessarily mind resorts (even though I mostly stay in guesthouses), but I do dislike it when an island has completely configured itself around them.

All the resorts on Koh Kood make it hard just to walk along the beaches. At Khlong Chao beach only one part of it is public, while the rest is exclusive to the Tinkerbell Resort, the High Season, and the Peter Pan Resort. You’re meant to stay in your designated area, which to me lends the island a certain artificiality. 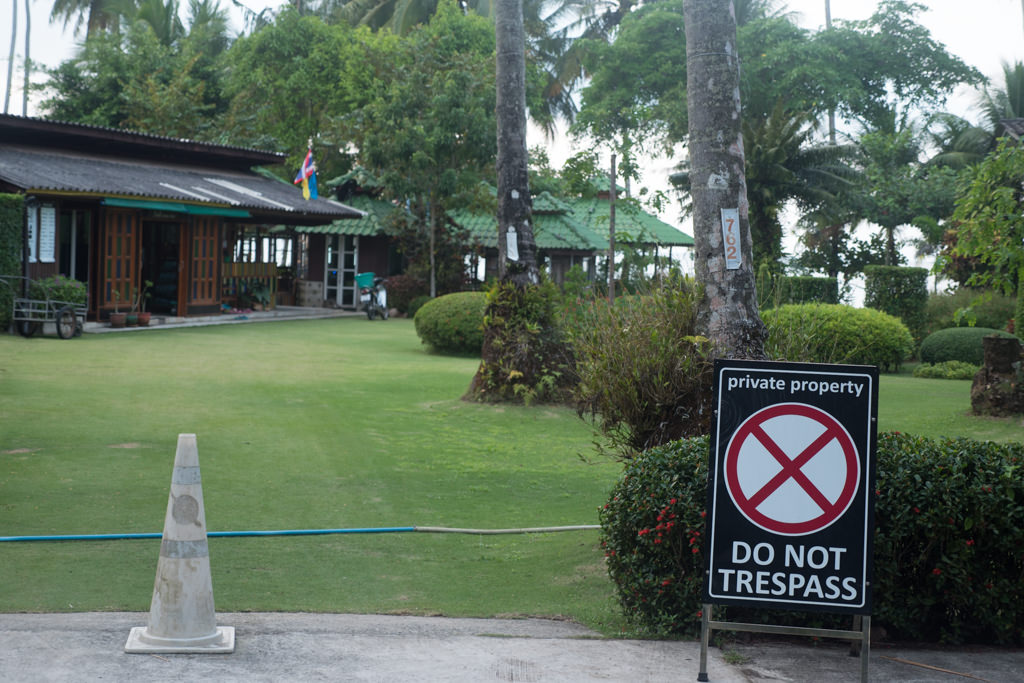 There are no paths to the other beaches, so if you want to go for a walk along the coast you’ll be forced to squeeze through various private resorts. Their concrete cottages, trimmed hedges, and bland manicured lawns make you feel more like you’re in a recreational park than a tropical island. Occasionally a ‘NO TRESPASSING’ sign reminds you that you’re not meant to be here and you’re not expected to venture beyond your own little tourist enclave.

Other than some overpriced chartered taxis, there isn’t any public transportation on Koh Kood. You can work around this, but it is quite bothersome. The only way I could meet some friends staying at another bay was to drop 350 Baht (about $12 USD) on a 10-minute ride, which is crazy especially by Thai standards. 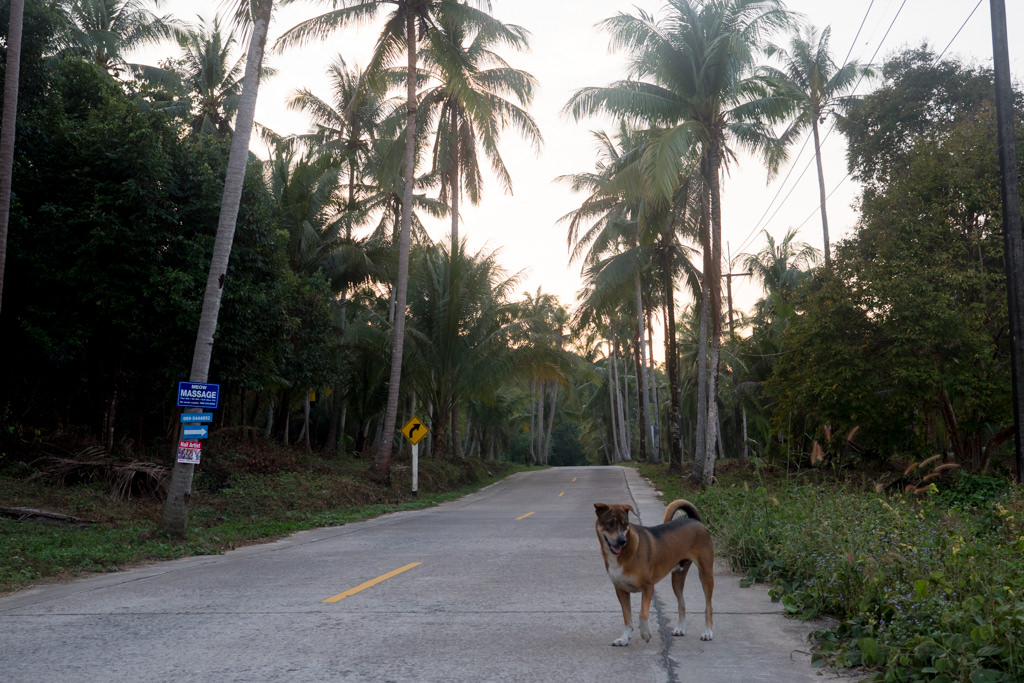 All these things conspired to make me feel less excited about the island as time wore on. As the tropical waters sparkled brilliantly in the sun, I began to wish the island had a bit more sparkle itself.

On Koh Kood, everything felt oddly disconnected. Restaurants and cafés are mostly in isolated locations on long empty roads, waiting for any customers to emerge from their resorts. The village where the ferry drops you off was too far removed to serve as a hub. As subjective as this is, I had expected much more atmosphere on this island.

Koh Kood as a backpacker

Oh dear. That all sounds a bit negative, doesn’t it?

To be fair, Koh Kood did grow on me a bit more after a while. Once I accepted that this is a Holiday Resort Island, I did find it possible to still be an independent traveler and carve out your own little experience.

Away from the resorts and just a little bit inland, there are some pockets of smaller budget-friendly guesthouses. These all have a nice and welcoming atmosphere. Maybe not the sort of funky bohemian surfer atmosphere of other Southeast Asian islands, but they definitely had more soul than the beach-side resorts.

I liked the Mata Guest House [Booking, Agoda], which has some lovely wooden bungalows in the forest. Since the owners live on the property, it gives it a homestay feel. Other travelers recommended the nearby Cozy House [website].

There are some spots to explore on the island, though I admit I didn’t get to see them all. Since there isn’t any public transportation, it’s a good idea to rent a motorbike, which typically costs around 300 Baht per day.

At midday, the Klong Chao waterfall was dominated by Russian package tourists. But around sunset, there was barely anyone there. The waters were cool and excellent for a swim. Stay still for just a moment lots of little fish will give you a free pedicure. 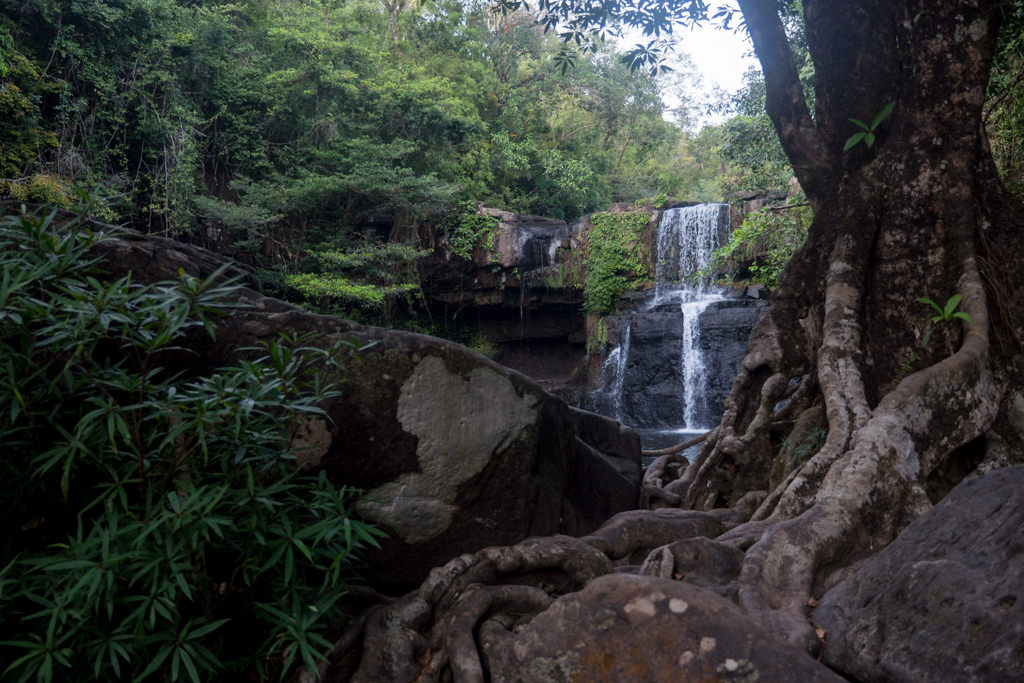 Siam Beach (a.k.a. Bang Bao Beach), towards the southern end of the island, literally made me say “wow”. It has a gorgeous little bay. If you want to stay somewhere pretty, stay here if your budget allows. I think it’s even nicer than Khlong Chao beach. 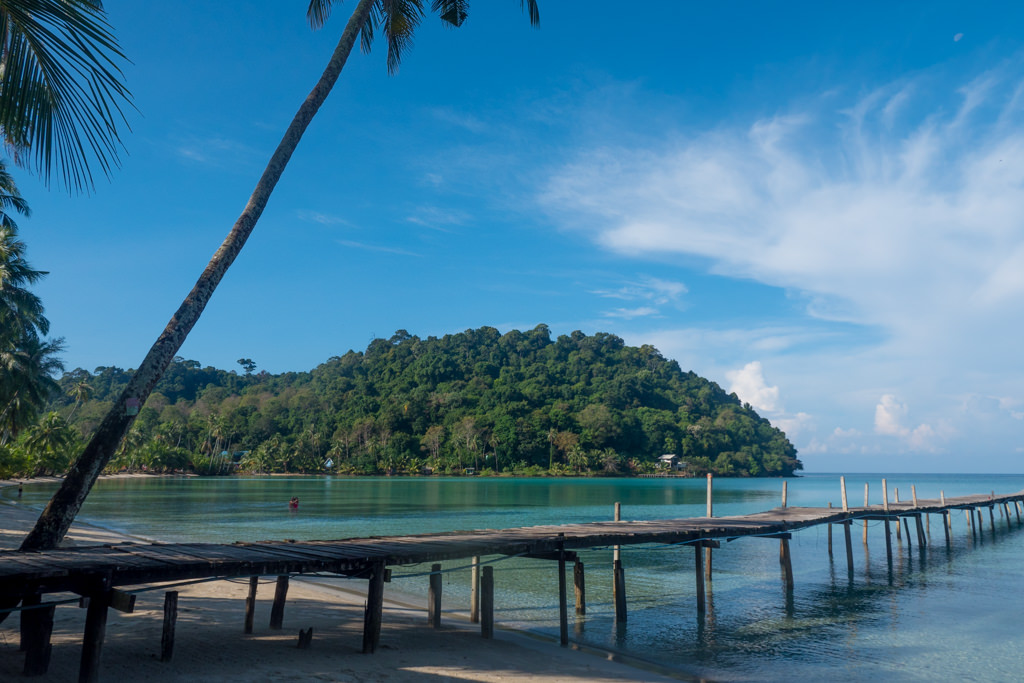 The snorkeling and scuba diving around the island is also terrific. After some disappointing dives a few days earlier in Cambodia, I had a great time seeing all the underwater wonders around Koh Kood. I mainly went for some dives around Koh Rang, a small protected island off Koh Kood. I found there a wondrous witches’ cauldron of batfish, wrasses, barracuda, and parrotfish. I ended one dive with schools of hundreds of bright yellow fusiliers swirling all around me.

Clearly, this island isn’t all bad.

Is Koh Kood worth visiting?

I suppose I fell in love with Koh Kood, then fell out of love, but then mostly warmed up to it again until I settled somewhere in the middle.

There’s much to be said for an island being kept relatively unspoiled, even though that does mean segmenting it into private resorts. If development had been allowed to run rampant like seemingly everywhere else in Thailand, I’m sure it would have been a different story.

While it didn’t tickle my backpacker gland as much as I’d hoped, I can definitely recommend Koh Kood (a.k.a. Koh Kut) if you’re simply looking for a lazy tropical holiday. It seemed like a great place to be based if you’re a family or a couple wanting to get away from the madness elsewhere in Thailand.

I’ve read that Koh Kood once used to be completely focused on package tourism, which only changed in recent years. Now the Lonely Planet lists it as one of the top spots in Thailand. Based on the island’s beauty that doesn’t seem undeserved, even though I had imagined it a bit differently when our ferry first approached the island.

If you think you’ll like the island, you probably will. The Koh Chang archipelago, in general, seems much more relaxed than Thailand’s other two major island groups. And if you’re heading this way, don’t miss the lovely town of Trat, where you can enjoy super cheap local prices and a complete lack of mass tourism.

Koh Kood may not have quite had my favorite kind of vibe, but given such stunning coves and beaches, maybe that wasn’t necessary to enjoy it. 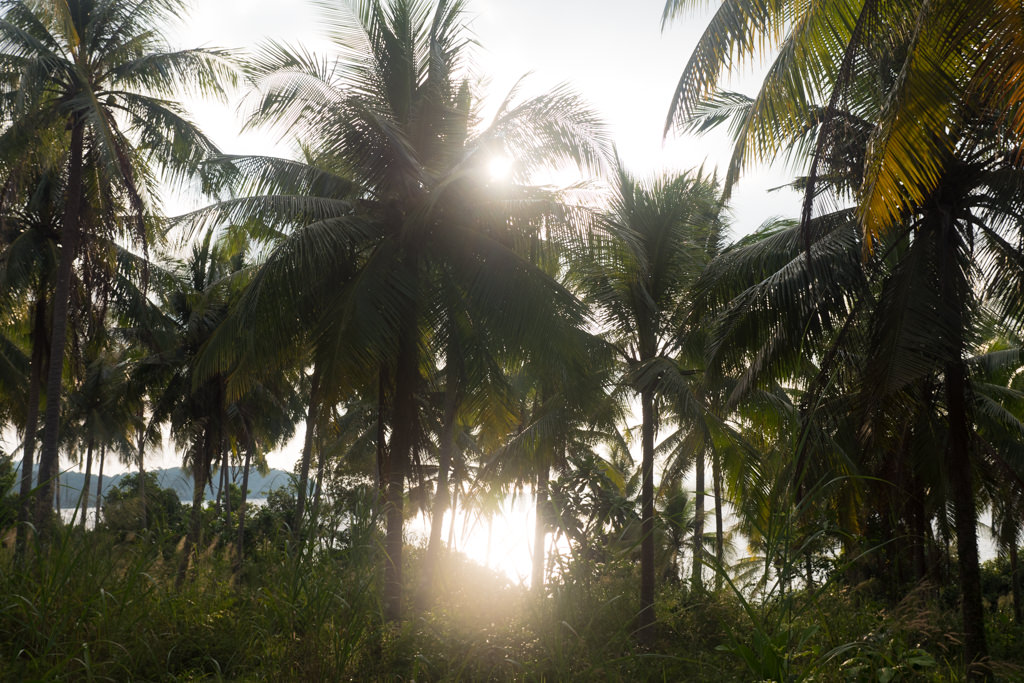 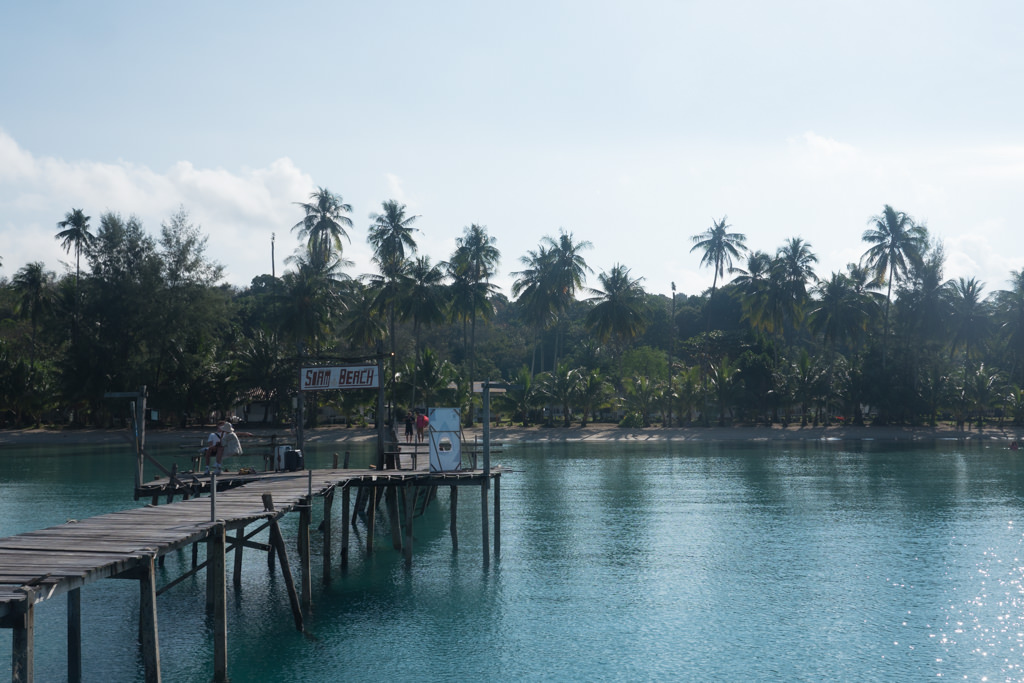 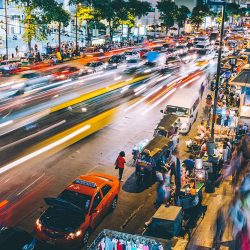 Thailand Guide: Where To Go & How To Plan It 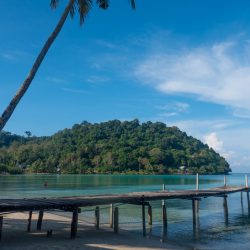 Koh Kood: A Most Wonderful Island (But Not My Thing)