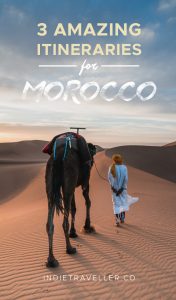 Morocco is somewhere I always wanted to travel — and it definitely did not disappoint! It has so many breathtaking landscapes, so much delicious food, and ancient cities bursting with activity. (Do keep in mind travel in Morocco is not always without challenges.)

The following Morocco itineraries will show you all the best the country has to offer, whether you have 7 to 10 days in Morocco, or planning a longer trip.

Marrakech and the Sahara Desert

This is the tried-and-true Morocco experience. When people tell me they’ve been to Morocco, it seems like at least 80% of the time they’ve done this exact route — and this is with good reason. 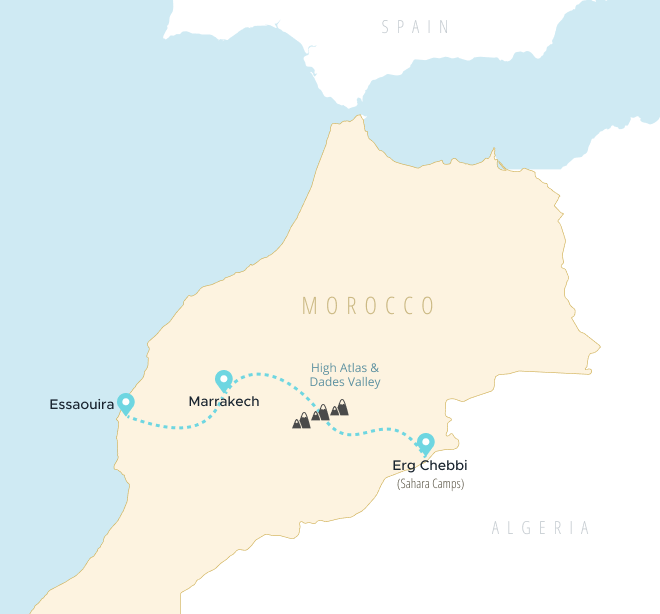 On the plus side, this route through central Morocco gives you a little bit of everything: the old city of Marrakech, the coast, and the Sahara Desert. It includes all the classic things most people want out of a trip to Morocco.

As a downside, this route also has become the most touristy (especially in Marrakech), so it can be a bit harder to escape the crowds. 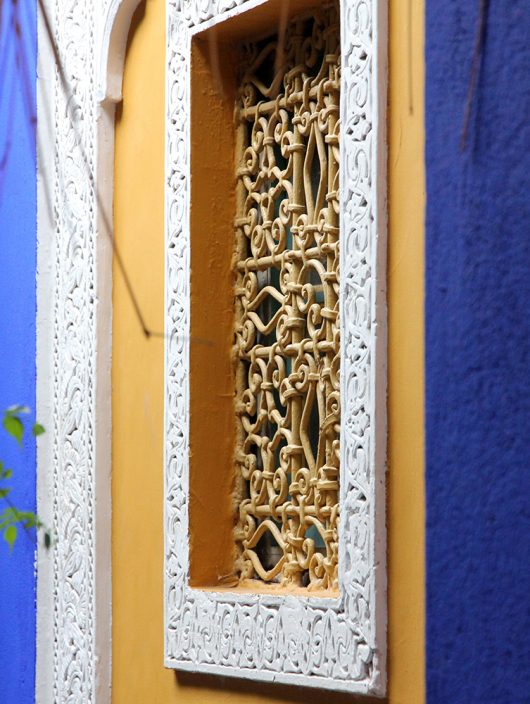 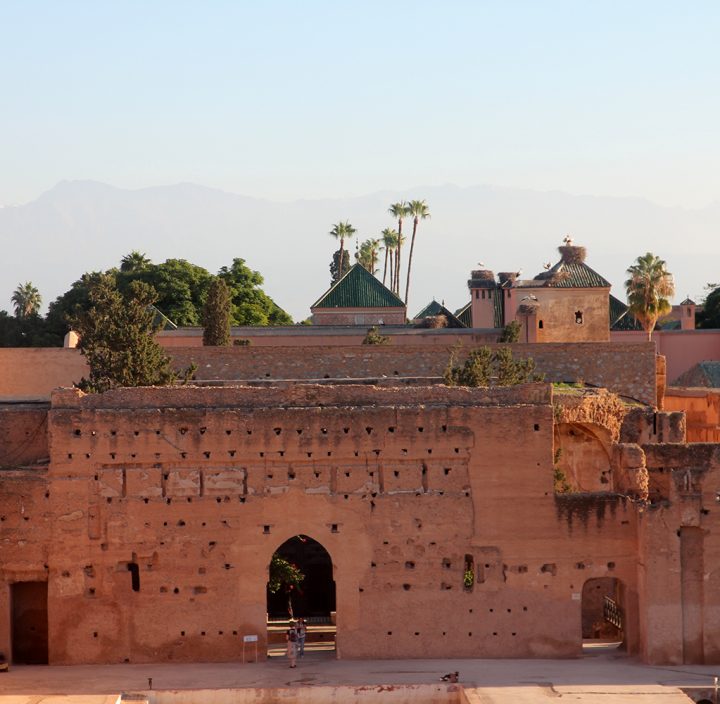 The route starts in Marrakech, Morocco’s third-largest city. It’s sure to overload your senses! If you’ve not been in Northern Africa before, you’ll be in for a treat. Be sure to explore its medina (old city) with its winding alleys and its many souks (markets). The central square of Djemaa El-Fna is abuzz with activity at night, with all sorts of street entertainment including drum circles and snake charmers.

But beware: you are virtually guaranteed to be accosted by scammers, fake guides, and pushy salesmen in Marrakech. I’m not joking. 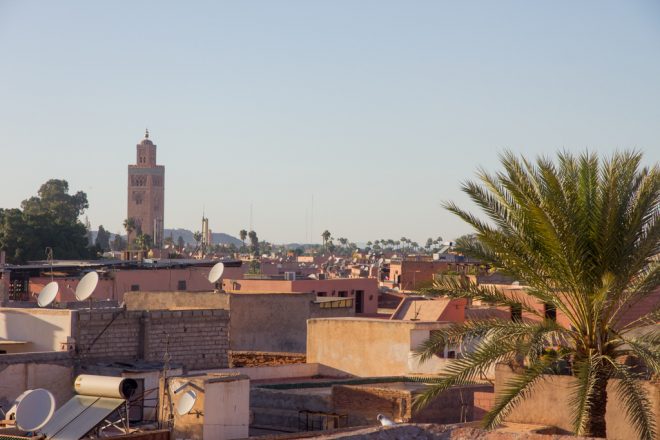 It’s not a big deal if you know how to ignore these things, but many tourists don’t expect it and fall prey to the overly aggressive sales tactics and deceptions. Even experienced travelers will often say that Marrakech is amongst the worst in this regard. Read how to avoid scams in Morocco and you’ll be in a better position to ignore them.

I’m not saying this to be negative about Marrakech! It’s filled with amazing sights and it has such a buzzing street life. But you might end up very frustrated if you walk around without a clue, so be sure to read up on these things before you go and I assure you’ll have a much better time.

Next, the route takes you to the Sahara Desert. 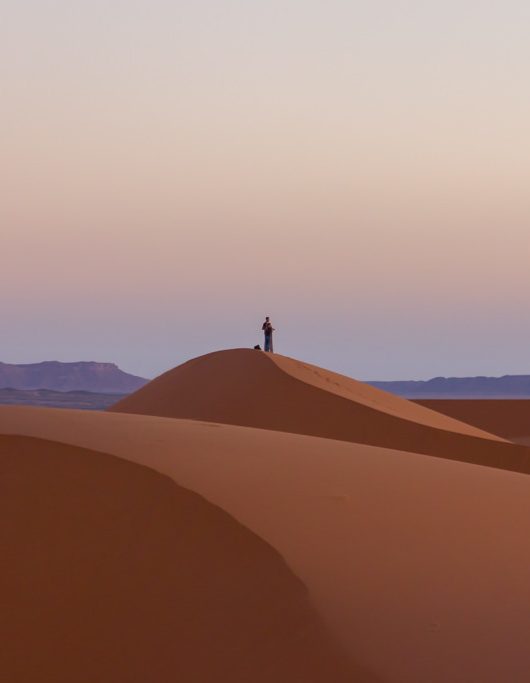 The most common spot to experience the desert, Merzouga, is still quite far from Marrakech. It takes about 9 hours of driving.

That’s why many tourists go there as part of an organized tour. You can book them easily in Marrakech, or find a tour operator in advance. Countless local tour operators offer 2, 3 or 4-day trips between Marrakech and the Sahara desert.

They go to the dunes of Erg Chebbi near the town of Merzouga, or in some cases to Erg Chigaga further south. The standard itineraries typically include a camel ride and overnight stay in the desert and stop at various sights in the High Atlas such as Ait Ben Haddou and the Dades Valley. 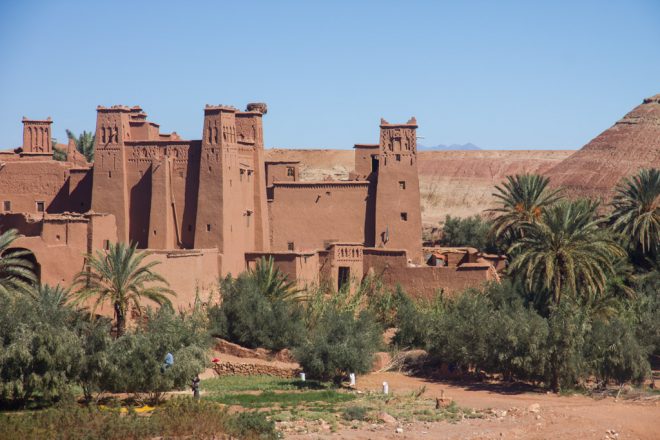 These tours cover much ground quickly, but they can be tiring! I myself did a 3-day tour which involved a lot of early rises and only very quick stops at each location. I felt quite exhausted by the end of it. If you have the chance, go for a 4-day tour, or try to self-drive to really do all the stops justice.

Staying overnight in the Sahara Desert is really cool. It’s just the very start of the desert, but seeing the sunset there is a beautiful sight. Perhaps the best thing to do in the Sahara is to simply climb one of the dunes at night and gaze at the clear Milky Way. It’s said that there are more stars in the universe than there are grains of sand on Earth, and I highly recommend contemplating this fact while stargazing in the Sahara. 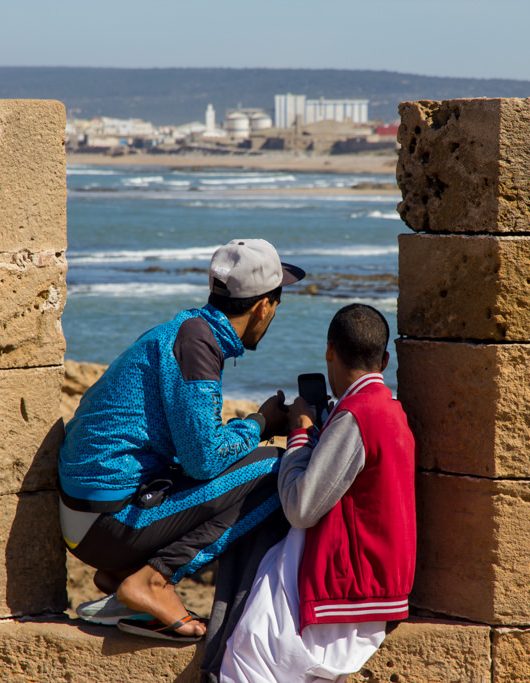 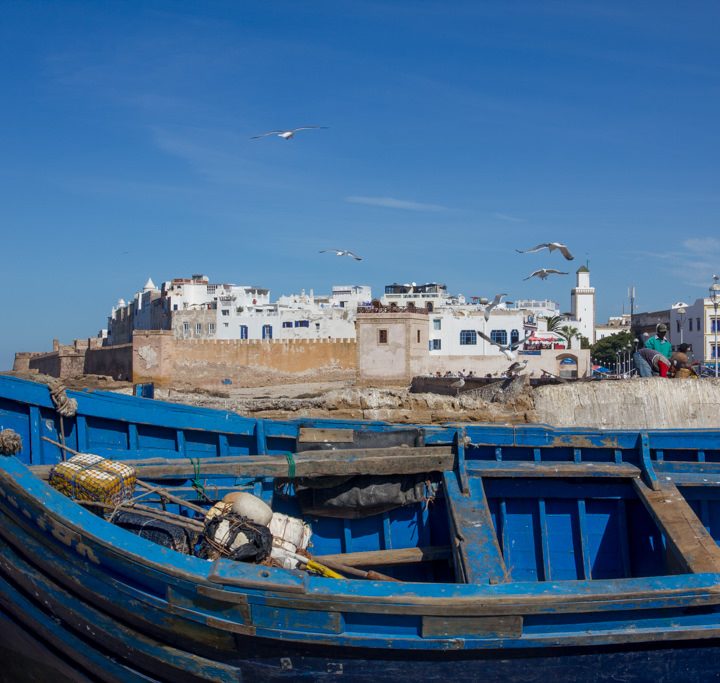 The tours will drop you back off in Marrakech. If you have time left, make a trip to Essaouira. This fortified coastal town has a pleasant atmosphere and its markets are much less intense than those in Marrakech. If you’re in Morocco for 7 days, you may realistically only have time for a one-night stay in Essaouira (it’s a 3-hour drive from Marrakech). If you are in Morocco for 9 days (two weekends plus the week), you can more comfortably include Essaouira in your itinerary. You can read more about how to get from Essaouira to Marrakech on this blog.

Tangier, Fes, and the Rif Mountains

The north of Morocco makes for a great alternative to the typical Marrakech route. Tangier and Fez will give you a great city experience while the mountain town of Chefchaouen is a perfect base for exploring nature. 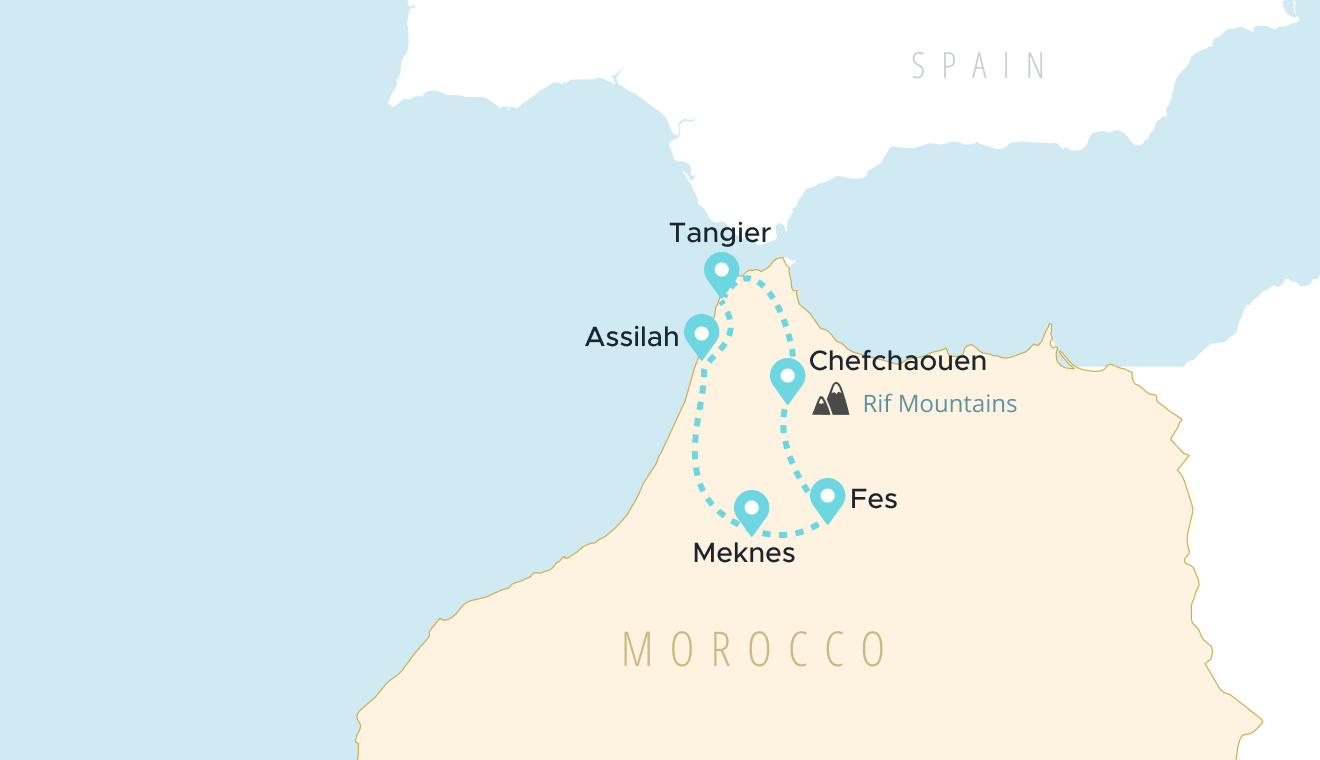 You can start the trip in Tangier, the city close to Spain along the strait of Gibraltar. If you’re traveling around Europe, you can come in by ferry from Algeciras in Spain. You can also find cheap budget flights from Europe to Tangier.

Tangier is maybe not the ultimate travel destination in Morocco, but it’s still a nice place to stay a day to explore and acclimatize. From Tangier, I suggest heading straight to the mountain town of Chefchaouen, where you can stay for at least two nights. 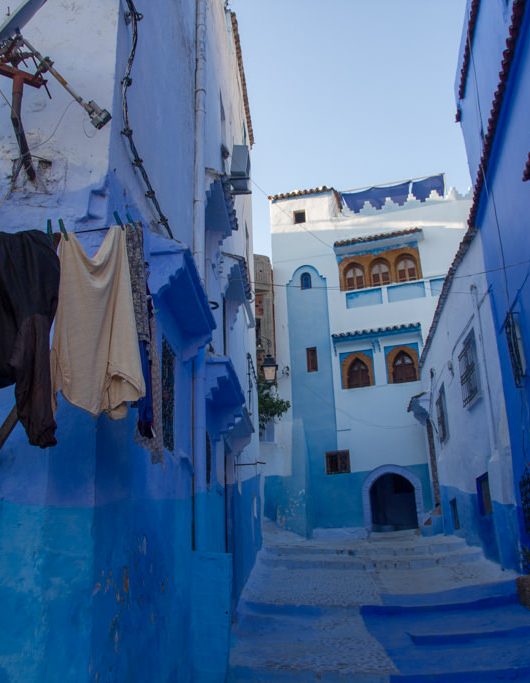 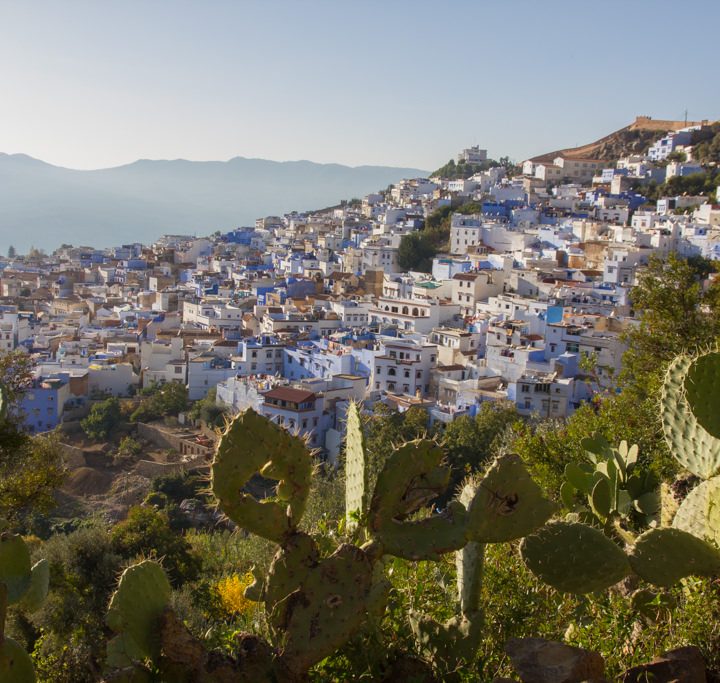 This town has grown in fame in the last couple of years as many of its buildings are painted blue. This, of course, has attracted Instagrammers like magpies. The countless photo sessions now happening in the blue alleys might be a bit much, but there is more to Chefchaoen than getting your picture in front of these buildings. Situated on the edge of the Rif mountain range, Chefchaouen is a great place from which to head into the outdoors.

You can walk to various viewing points from where you can see the blue town from above. And don’t miss the nearby canyon hike to a rock formation called the God’s bridge. 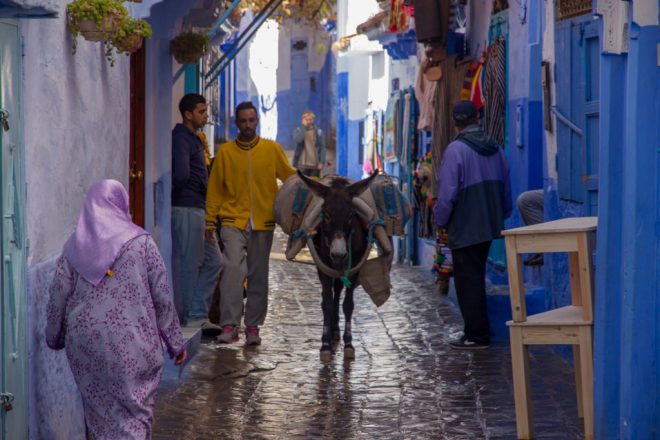 From Chefchaouen this route will take you further south to the city of Fes. This city is famous for having two ancient medinas (old cities) that together form the largest medina in the world. It’s a huge maze of narrow passageways where the main arteries are lined with shops and market stalls, but where its many tendrils are sometimes just a meter wide and often eerily quiet. Even if you have already seen other medinas in Morocco then the one in Fes still takes the cake, as you can just get lost endlessly here in ways you won’t in the smaller medinas. Between Marrakech and Fes, the latter is actually my favorite to explore! I recommend spending at least 2 days here. 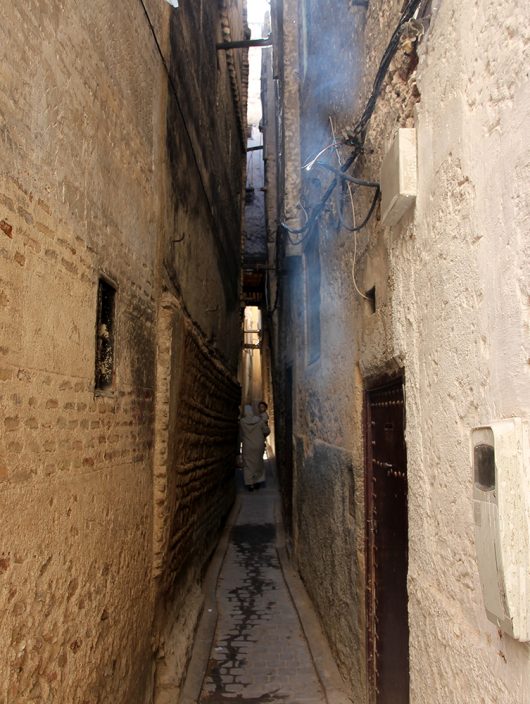 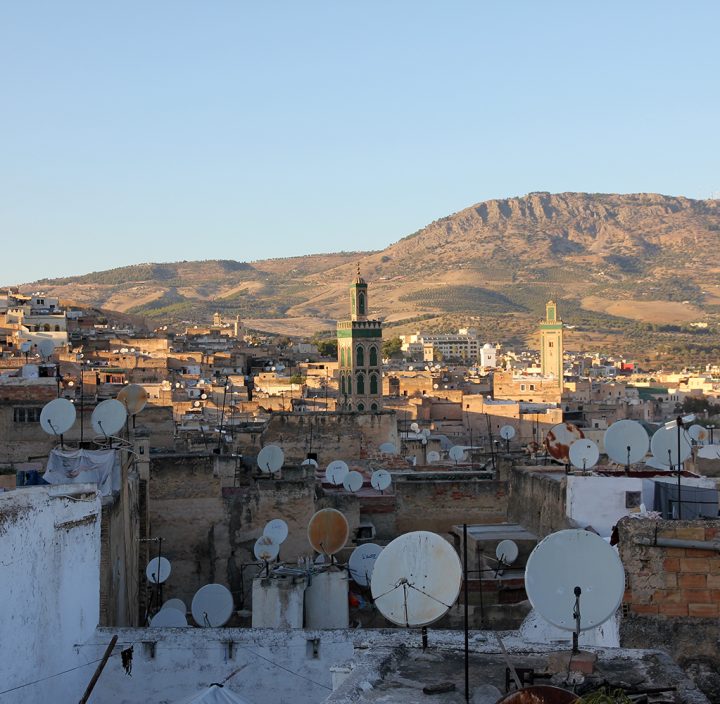 The roofscape of Fes

From Fes, you have a few different ways to loop back. I haven’t yet been to Meknes or Moulay Idriss (I’m planning to visit them on a future trip), but these two towns are the most common stops on the way up. Near Meknes, you’ll find the Roman ruins of Volubilis.

As a final stop on this route I suggest the seaside town of Asilah near Tangier. This fortified town was once a base used by the Portuguese to try and conquer Morocco, then became a pirate city, then finally was part of Spanish Morocco for a while. Asilah is not as big or as buzzing as the similar Essaouira, but it’s a wonderful place with white-washed buildings where you can relax by the sea for a while.

If you have at least 3 weeks in Morocco, you can easily cover most of the highlights. You can more or less combine the two routes mentioned before while spending a bit more time in each place and adding several more stops in the south of Morocco. 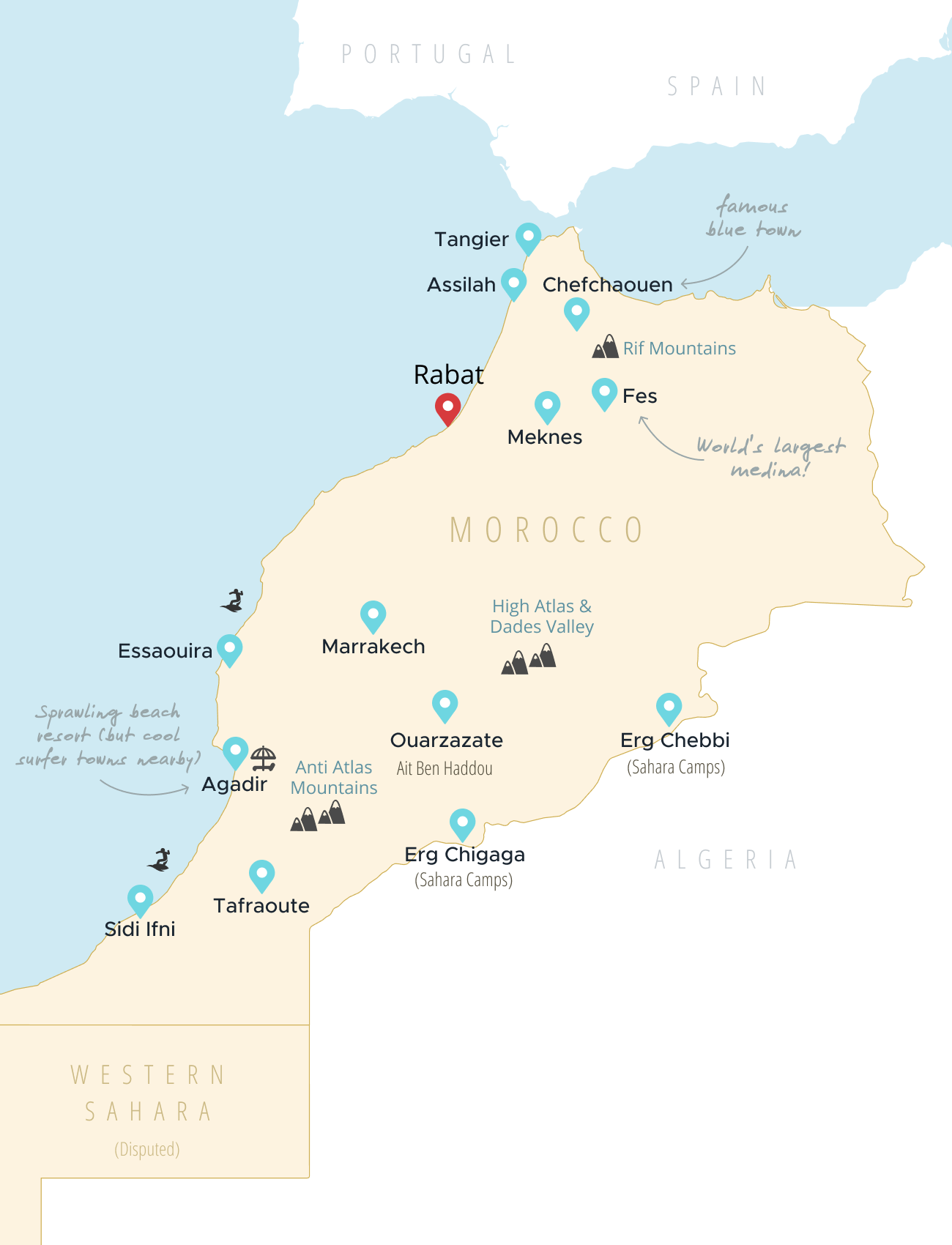 Agadir makes for a good waypoint in southern Morocco, though I’m not a big fan of Agadir itself personally, as it’s just a commercially developed beach resort city. However, there are many fun surfer towns along the coast near Agadir, like Taghazout, that are highly worth making a stop as you go south.

I also loved spending some time in Tafraoute. Located in the Anti Atlas mountain region, it is surrounded by many gnarly rock formations. The town itself is very pleasant and welcoming with some good accommodation options, a local market, and a handful of restaurants. I recommend spending at least a night or two so you can go hiking or mountainbiking in the area. You can rent mountain bikes from two different companies here, who will drop you off at a trail that takes you past many oases and interesting rock formations.

3 weeks is a perfect amount of time to really sink your teeth into Morocco. You can cover several different regions and include some great places beyond the usual Marrakech-and-Sahara tourist trail.

I met some travelers who were happily staying in Morocco for many months on end and who kept finding new places to discover. For me, though, a few weeks seemed enough. While this is subjective, after a while I got a bit sick of just eating couscous and tagine and had seen my share of deserts and riads. Still, with 3 weeks to spare, you can see tons of highlights in Morocco and not get bored!

How to get around in Morocco

There are pretty comfortable coaches on the key routes in Morocco. Supratours and CTM are the main coach companies. Some popular routes (such as Marrakech to Essaouira) have Supratour or CTM buses pretty much every hour. Other routes, such as those to a small town like Chefchoauen, tend to have only a couple per day, so in these cases, it’s worth booking ahead. If there isn’t a comfy Supratour or CTM bus available right away, you may also be able to find a creaky local bus that will get you there a little slower. 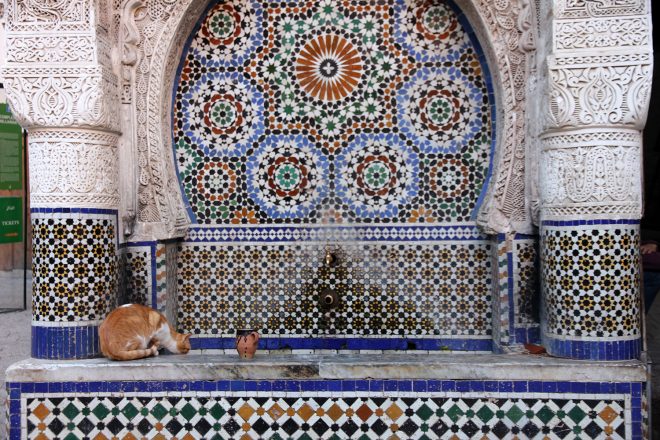 There are several train lines running through Morocco, with main stops at Tangier, Fes, Casablanca, Rabat, and Marrakech. Going by train is a comfortable option, especially if you want to cover long distances between northern and central Morocco.

The segment between Tangier and Casablanca is now a high-speed bullet train — the first high-speed rail system in Africa. The line will eventually be extended to Marrakech and Agadir. Fares for the high-speed train are about 30% higher than those for a regular train.

If you’re adventurous, sometimes it works out well to take a taxi between towns or cities. A shared intercity taxi might cost around 30 Dirham for a 1 or 2-hour journey, though keep in mind that in Morocco it’s not uncommon for up to 7 people to share one regular size taxi (with 2 people sharing the seat next to the driver). While somewhat uncomfortable, it can be fun to travel in this local style. 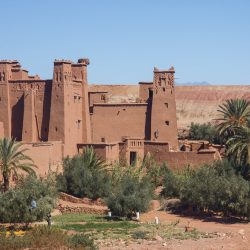 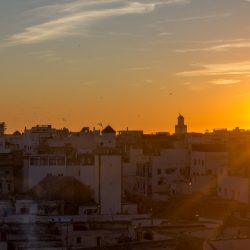 In 31 Photos: An Inspirational Guide To Morocco