A Wonderful Day Exploring Around Luang Namtha by Motorbike 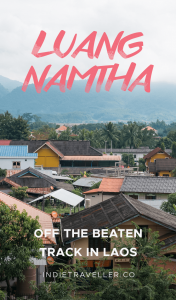 I woke up in Luang Namtha wanting to be alone.

While it can be fun to meet so many other travelers in Southeast Asia, sometimes you just want to get away from everyone else. After a week of being around people constantly on several tours, I was eager to do something just by myself.

I had no plan other than to pick up a motorbike and drive somewhere. The owner of my guesthouse had told me the road up to Muang Sing was nice, so off I went.

I made just a quick stop at the morning market for some fruit and snacks, then headed north towards Muang Sing. 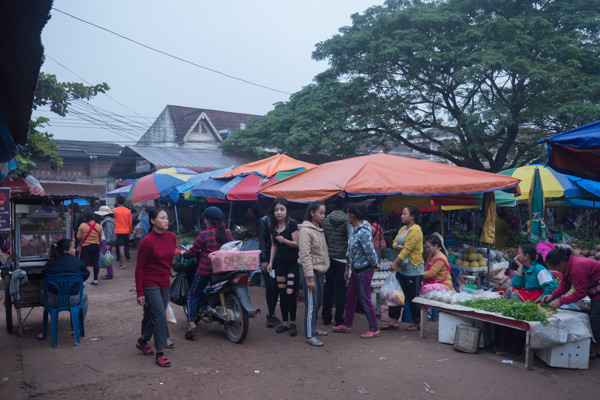 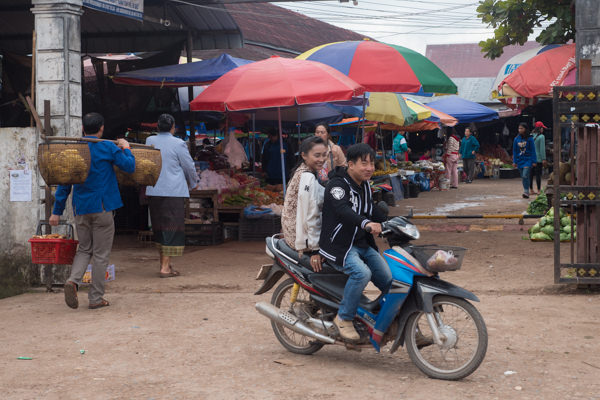 The narrow road first scribbles its way towards the border with China, tracing a river valley that’s surrounded by forests and a few rubber tree plantations. It then veers off into Nam Ha National Park, moving past pokey karst mountains and some lone rural villages. 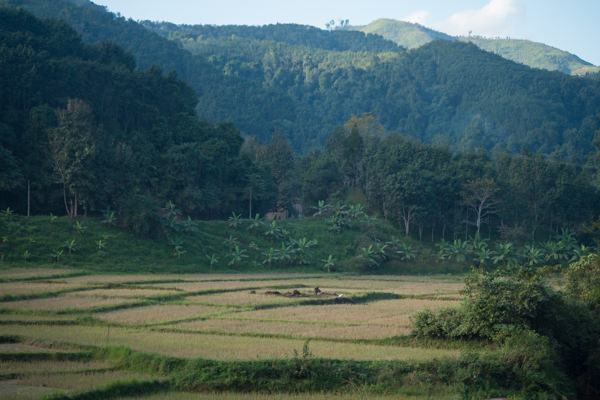 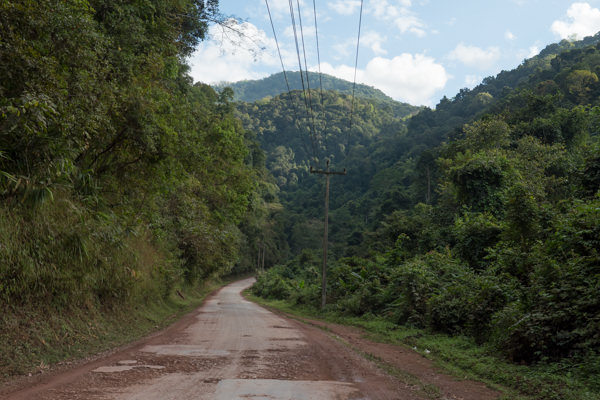 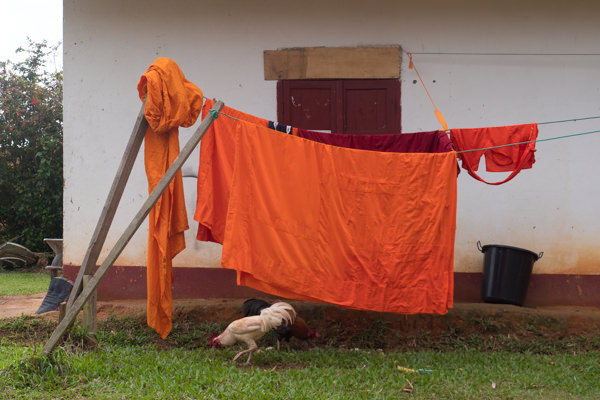 It was a gorgeous drive. Though I feel like I can’t quite show you how beautiful it was. I find that the scenery of a road trip only rarely translates well into image.

It never captures the swerves in the road, the shifting horizon, the chicken and children and villages sliding gently into view and then sliding behind you.

And when you do get off your bike to take a photo, it’s never as good as what it looked like moments earlier. The element of motion is gone and so now you just find yourself at a roadside in a ditch — that previously beautiful view now interrupted by road signs or bushes or slashed in half by electrical wires.

But oh my, the road from Luang Namtha to Muang Sing is very scenic. I loved every bit of it! 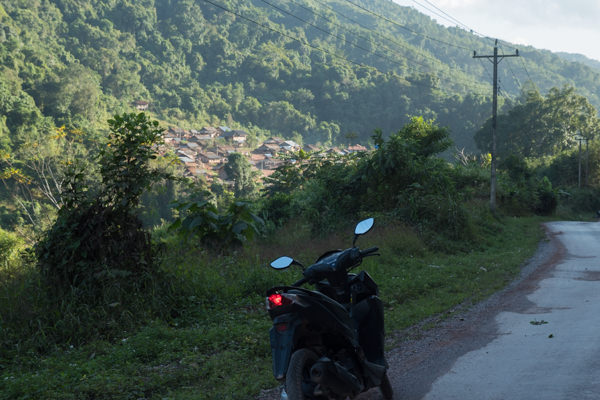 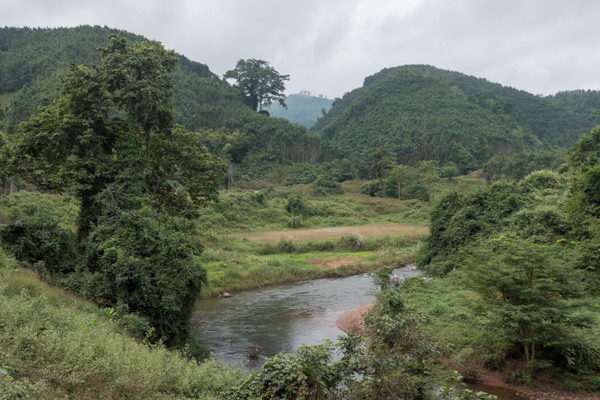 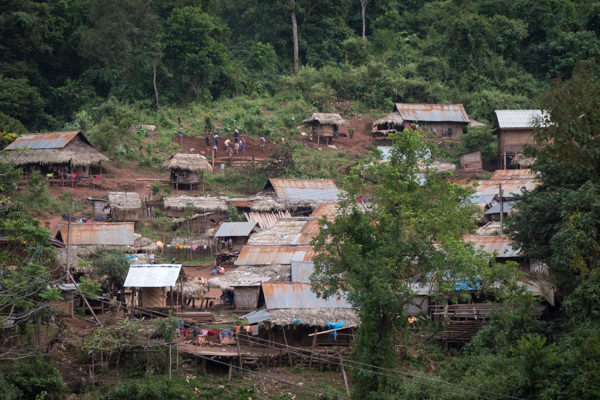 During one of my stops, I spotted a waterfall icon on MAPS.ME, so I got off my bike and followed a trail. Pagneung Waterfall is quite small, but it was so much fun to just stumble upon it. While listening to the chattering of birds and the clattering of the water, I ate some of the fruits I’d purchased at the market that morning. 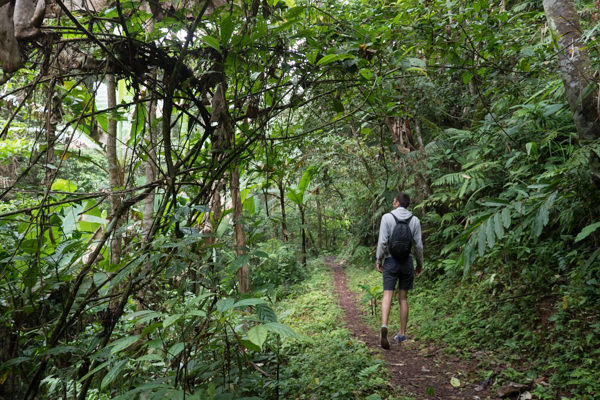 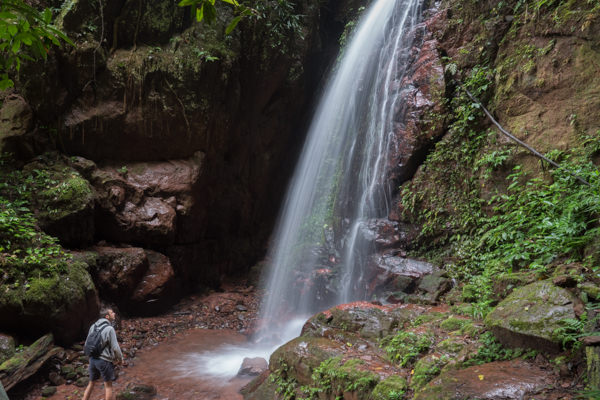 I got back on my bike and found the road conditions getting increasingly worse. It soon had more holes than a slice of Swiss cheese. Avoiding the potholes — and the goats on the road — required a fair bit of concentration. This did put me in a good state of flow, with nothing on my mind except what was ahead and around me.

Eventually, the valley yawned wide open, with jungled hills giving way to flat land with rice fields. The road had been mostly deserted before, but it got busier now. Farmers were loading harvests onto a truck and waved enthusiastically as I passed. A government official in dark green uniform with golden emblems passed by on his scooter and gave me a nod and a smile. Everyone seemed rather friendly and happy to see me. 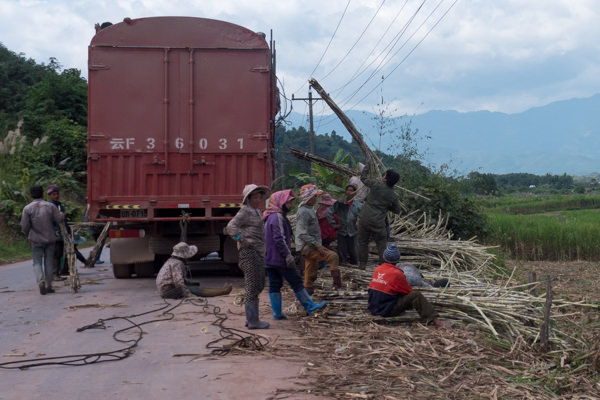 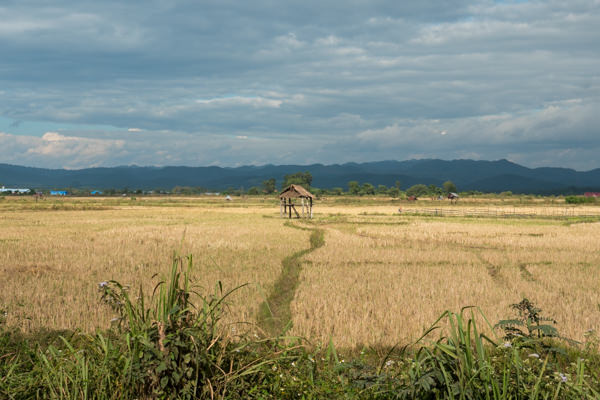 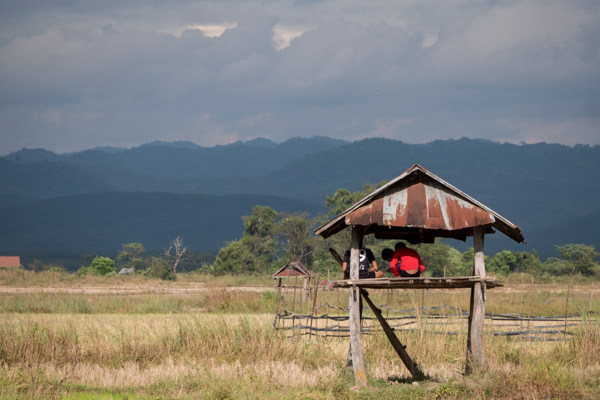 Muang Sing itself was a dusty place where not much seems to happen apart from some trucks coming through on their way from China’s Yunnan Province.

It’s clearly well off the usual tourist trail, though it did have a small government-run tourism office advertising a few homestays and adventure treks. It’s there that I encountered the only other Western traveller that day, a German retiree on an overland motorbike journey through Asia. 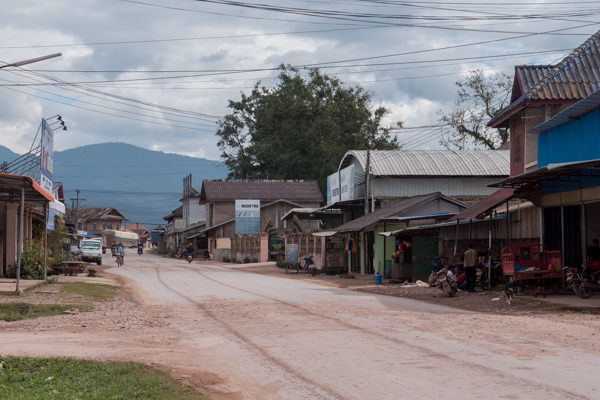 For lunch, I found a Chinese food shack where many locals were already eating, which is always a good sign. Ordering food seemed at first to require a bit of improvisation and gesturing — a bit of pantomime theatre I always much enjoy — but then the owner luckily remembered she still had an English menu hand-written on a notepad in a drawer somewhere.

After finishing a fine meal, the lovely people at the restaurant insisted on having a picture with me. As is often the case, they were rather amused by my height (I’m 1m94, which is surely giant by Laos standards). 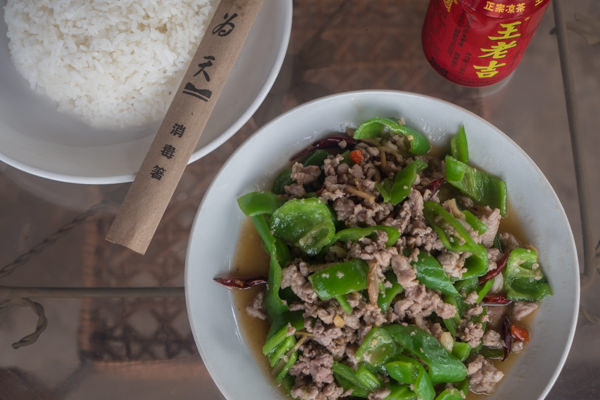 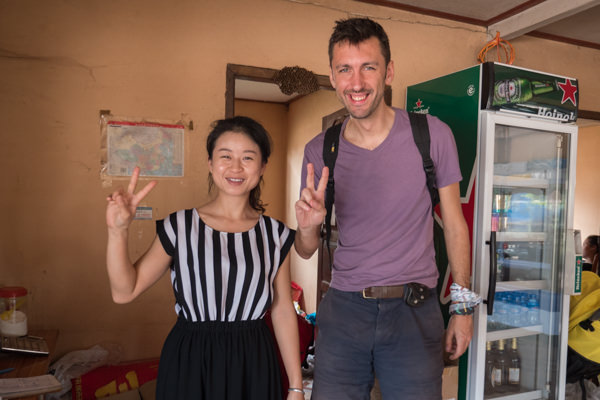 I poked around the village some more until I saw a big sign saying “LAO COFFEE”, so went to order one. At this roadside coffee shack, I witnessed an elaborate process in which condensed milk, coffee, a huge amount of ice, and other unknown elements were mixed to produce an iced coffee of a size that could have satisfied a whole family (cost: 10,000 kip). I began the journey back to Luang Namtha on a caffeine and sugar high. 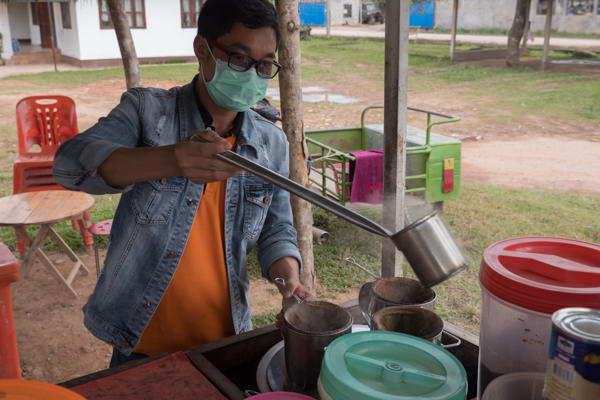 Sadly, the road doesn’t make a loop, but I didn’t mind driving the same way back. A lot of school children were heading back home in the afternoon and waving enthusiastically as I drove past. Later, the setting sun gave the rice fields a warm orange glow.

I made it back in time just before nightfall for a cold beer at my guesthouse. This trip was exactly what I had wanted it to be; just a quietly amazing day, in an unknown bit of Laos, away from any other tourists. 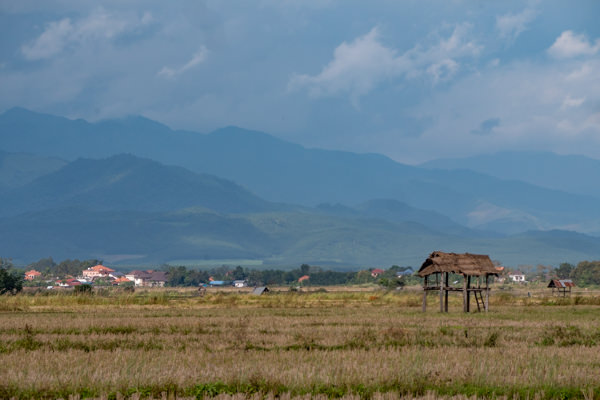 I stayed in Luang Namtha at Taidam Guesthouse, which has basic but lovely bungalows overlooking the rice fields at the edge of town. It’s in a quiet area but just a 10-minute walk to the main road — I highly recommend it, as it is a much nicer area than the main strip.

Motorbikes can be rented from several companies just opposite of the night market in Luang Namtha. The cost depends on the type of motorbike, though I ended up spending about $8 for the day.

Laos: Slow Boat or Bus? (I Did Both… Here’s What I Think) 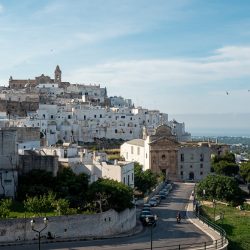 How to Plan A Perfect Trip to Puglia, Italy