Discovering mangroves, savannahs, and a mysterious hairy forest on Java

by Huub Lakerveld on APR 02, 2019 Pin for later!
digital nomad travelling through Asia 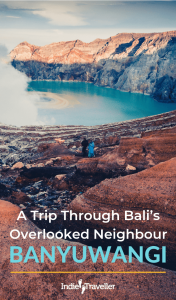 With Bali increasingly in the news because of pollution and overtourism, contributor Huub travels through a region that’s just a stone’s throw from the west of Bali — but still largely undiscovered by foreign tourists.

While the temples and rice paddies on Bali are flooded with Western tourists, neighbouring Banyuwangi remains unknown territory among the majority of bules – foreigners – travelling to Indonesia.

At the eastern tail of Java — a ferry ride away from Bali’s harbour Gilimanuk — lies a land with national parks, waterfalls, plantations, abandoned beaches, and more volcanoes than just the famous fire-spitting Kawah Ijen.

Even though overlooked by travellers from abroad, you might regret to miss out on the “three angels”, as my local friend Malin wishes to call the three national parks in Banyuwangi and surroundings: Alas Purwo, Meru Betiri and Baluran. 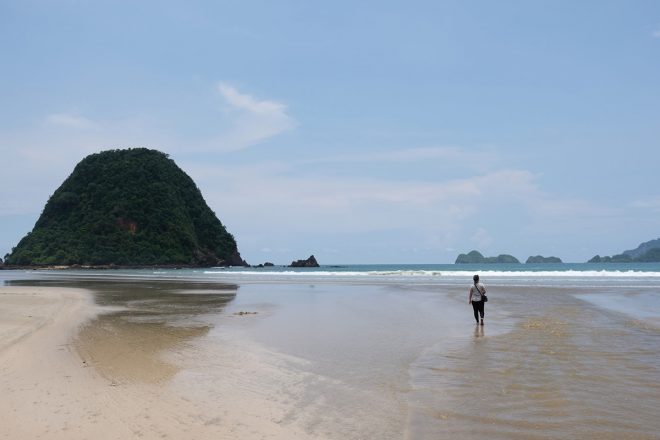 Buffalos and surfers might sound like some weird fusion, but in this green national park, they stand side by side. International surfing competitions are held at the so-called G-land, a sickle-shaped beach with waves that challenge the most experienced surf dudes and -girls.

If you’re not really into climbing up waves, just drive around the forest in search of wild peacocks, buffalos, deer, and wild boars. Several viewpoints are overlooking a flat steppe where the animals are slowly grazing. The entrance price to Alas Purwo is 150.000 IDR for foreigners on weekdays and 225.000 during weekends, which is pretty expensive in usually ultra-cheap Indonesia. Also keep in mind that the road leading to the park entrance is somewhat crappy, so take your time to get here.

Getting to Banyuwangi’s second eye-catching ‘angel’ will leave you as broken-bodied as an overnight bus ride through the Filipino Corderilla mountains will, but it’s worth the sore butt.

A crappy road along bright green rice paddies, workers with conical mountain hats, and misty mountains will eventually lead to Meru Betiri. After an unassuming gate, you can step off your vehicle for a jungle trekking or beach stroll.

Popular places are Green Bay with its clear water and Sukamade Beach, where you get the chance to witness turtles nesting and little ones hatching their way to the ocean. ‘Popular’ in this case means that you might have to share the beach with a handful of individuals during a weekday. On the weekends more local tourists find their way to Meru Betiri.

Don’t forget to stop by Pantai Rajegwesi on your way back to civilisation. This black sand beach is home to many crabs, and the skies are reflected in a permanent thin layer of water on parts of the beach. To enter Meru Betiri, you pay the same fare as in Alas Purwo. There’s no entrance fee at Pantai Rajeswesi though. 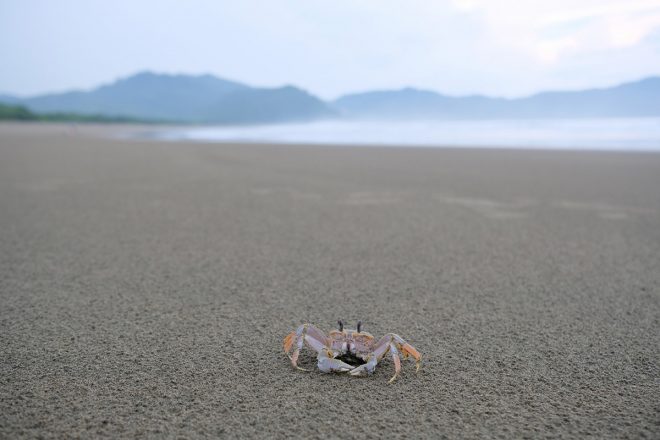 Of all national parks, this one is the most far from the city of Banyuwangi. Often referred to as Little Africa, the landscapes in Baluran can be described as savanna-like, with the towering volcanoes Ijen and Raung on the background. Like in Alas Purwo, buffalos, wild peacocks and several monkey species are roaming around.

You can join a cheesy safari, but a walk through the forests or savanna branches is way more fun. At the same time, you don’t chase away the animals either. The officials have created drinking places and mudholes, where you can spot the thirsty wildlife. Foreigners pay, surprisingly, 150.000 IDR to enter Taman Nasional Baluran on weekdays and 225.000 IDR during the weekends.

Although Banyuwangi takes pride in housing three national parks, it’s not only fancy designations that shine in eastern Java. A short scooter ride away from Meru Betiri lies Pantai Pulau Merah or Red Island Beach. Apparently, the island you see from the beach consists of red rock, but it is essentially overgrown with greenish plants. Despite that surprising element, the beach is pretty, with perfect swimming conditions and waves suitable for beginning surfers.

Can’t get enough of sand between your toes? Bike on to nearby Pantai Mustika, where a boat can bring you to Pantai Wedi Ireng. At this beach, nothing is going on, but it’s a chilled-out hangout place dotted with palm trees, rock formations and colourful fishing boats. The roundtrip by boat from Pantai Mustika costs 50.000 IDR.

It’s always interesting to see mangrove forests and their inhabitants, such as crabs and white egrets searching for fish. South of Banyuwangi you’ll find Pantai Cemara and Mangrove Muncar City. This extensive mangrove reserve can be explored over bamboo bridges. It’s a sad sight to see the trash piling up during low tide and watching the crabs navigating through plastic bottles and bags. At the end of the bamboo bridgeway, you can go down the stairs onto the black beach where you can watch fishermen harvest their catch. This place is not a must-visit, but the 5.000 IDR entrance fee is not necessarily a deal breaker either. 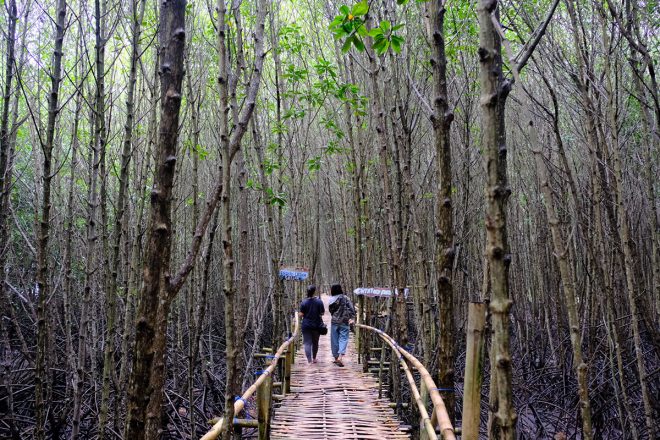 It’s evident that Banyuwangi and forests are connected, but De Djawatan Forest must be a one of a kind woodland. De Djawatan is a last remaining of a once majestic jungle, that was torn down to provide housing to the ever-increasing Javanese population.

Although way smaller these days, it feels satisfying to walk under the drooping branches of the forest. The vegetation covering the branches add to the mysterious atmosphere, and a platform in one of the trees offers views of the very odd jungle. In the back of the park sits a little food house with outdoor benches, from where you can take in the scenery. An entrance ticket costs 6.000 IDR, and the parking fee for the motorbike is 5.000 IDR. 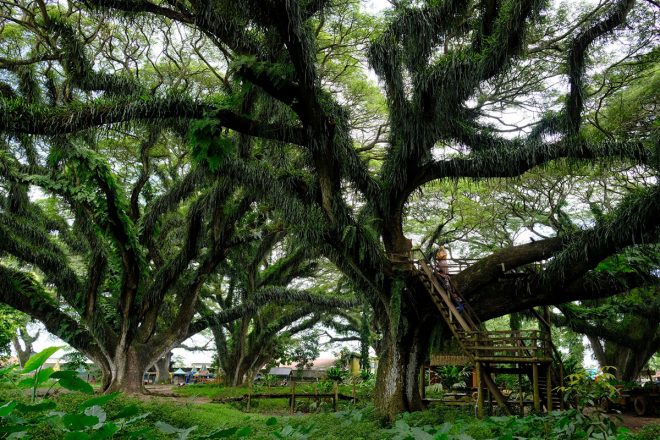 At Kawah Ijen’s foot, there are several waterfalls to shake off the afternoon heat. The most scenic is without a doubt Air Terjun Kalibendo, a cascade surrounded by a striking piece of rainforest. To get there, you pay 5.000 IDR and peculiarly cross a football field over a muddy trail until the falls, and tropical plants reveal themselves.

Nearby Air Terjun Kembar is a less spectacular and more crowded spot, but the twin falls are still quite enjoyable to see. If you visit this waterfall, this admission is free. But if you bring your bike, the parking costs 3.000 IDR.

A scooter is by far the most convenient tool to explore the area around Banyuwangi. Usually, bikes are for rent at tourist bureaus in Banyuwangi city proper or can be arranged by your guesthouse. The rent for one full day should be around 60.000 IDR. The app maps.me is a perfect tool to navigate your way through this region. 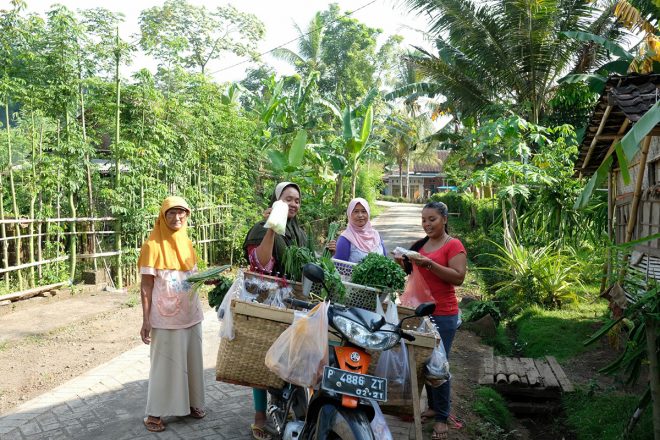 Banyuwangi can be reached by train and bus directly from major cities on Java, like Yogyakarta and Surabaya. If you travel from Bali, you can cross to Banyuwangi by ferry in Gilimanuk. The rate for the boat is 6.000 IDR. A convenient way to move from the Denpasar / Kuta area is by travel – the minivan – which costs about 180.000 IDR, including ferry ticket. Banyuwangi has its own airport as well, with direct flights coming in from Jakarta and Surabaya. 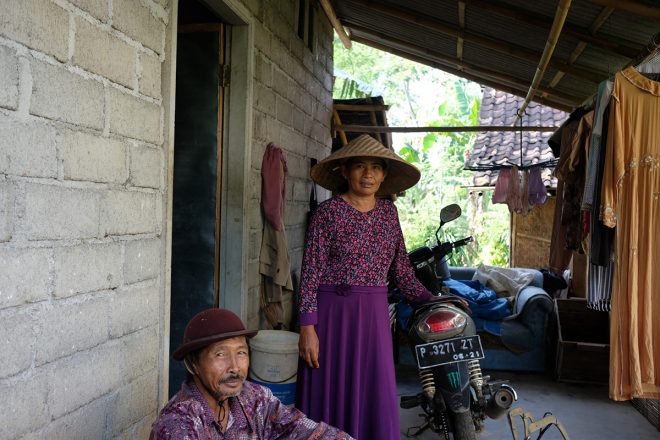 Banywangi is an amazing alternative to Bali for those seeking a more authentic adventure. You will surely come back from Banywangi with some unique stories and experiences and a great impression of the ‘real’ Indonesia. Consider combining with other parts of eastern Java, such as the Ijen and Bromo volcanos or a visit to Yogjakarta. 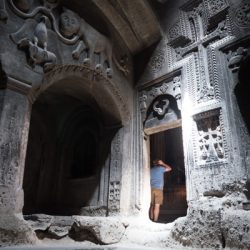 5 Reasons Why I Loved Traveling In Armenia 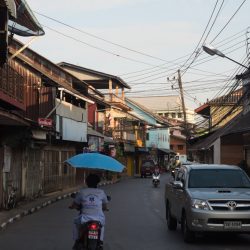