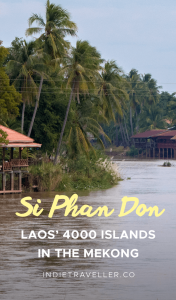 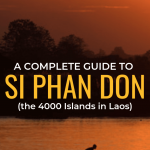 Si Phan Don is a tranquil riverine archipelago in the Mekong river in the southernmost tip of Laos. While hardly undiscovered and long part of the Southeast Asia backpacker trail, it remains a thoroughly gentle and sleepy place.

Si Phan Don means “4000 Islands” in Lao. Are there really that many of them? Who can say, but within this windy section of the Mekong you’ll definitely find a vast mosaic of islands both large and small.

The most visited-islands are Don Det, Don Khon, and to a lesser extent Don Khong. In this mini-guide, I will cover the first two islands, which are next to each other and connected by a bridge.

There is running water, electricity and WiFi on Si Phan Don these days. As of 2018, there are still no ATMs though. Get your cash out on land in Nakasong before boarding your ferry to the islands, or you may have to resort to expensive credit card advances or currency exchanges at terrible rates.

Don Det: what to expect

Don Det is, for the most part, a rather sleepy and rural island.

It sometimes gets branded as a party island, but I don’t think that’s quite correct. The northwest corner does have a lively scene, but this is mainly in the form of some hippie and reggae bars that all close at 11 pm.

Before I arrived, some other sources led me to expect a different Don Det. For instance, WikiVoyage states that “since the changes to the tubing scene in Vang Vieng in 2012, the young party crowd has moved here”. It then goes on to further compare it to Vang Vieng, a town that was once known as an anarchic anything-goes party mecca. But Don Det is much mellower than this would suggest.

If you’re looking for authentic Laos, this isn’t it.

But… the place is not without its charm. As far as backpacker haunts go, this isn’t a bad one. It’s a great place to hang out and just watch the world go by. Most of the guesthouses here have a reception facing the road and decks with hammocks facing the river, where you can chill in peace. Some of the establishments have a kind of hippie vibe.

If the backpacker town of Hua Det in the northwest corner isn’t quite your scene, then all you’ve got to do is move up for a few hundred meters.

For example, you’ll find a rural vibe and scenic sunset views on the west side of the island. It’s pretty much just sleeping dogs and crowing roosters around here. 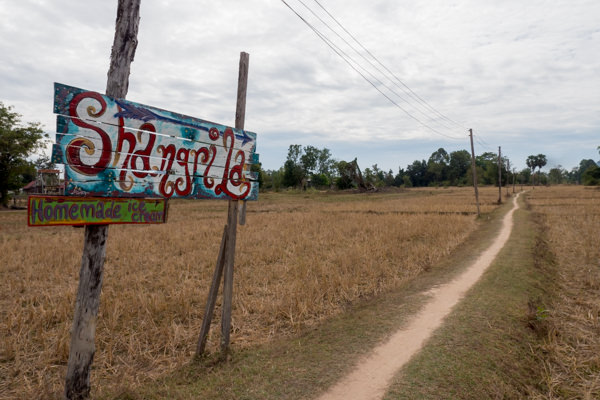 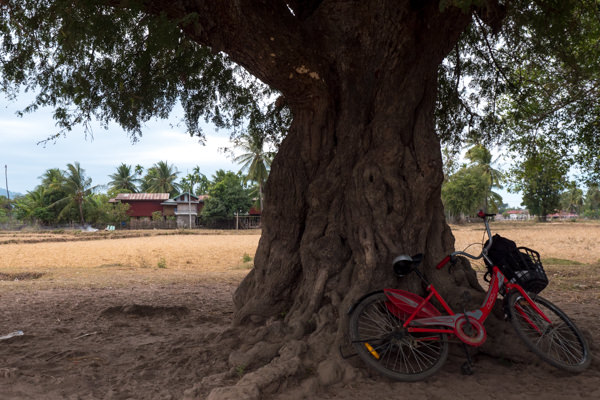 By the way, I do think the food is quite bad on the main strip. It’s a lot of ho-hum pizzas, burgers, and woefully bland pad thais around here. Even the Laotian options, which you’d think the cooks would have a better handle on, are quite meh and probably Westernized versions.

For better food, try going to the rural bits of Don Det (basically anywhere but north). The homestays and small family-run restaurants there serve some great meals!

While Don Det has a lively backpacker scene and plenty of drinking holes at Hua Det, it’s also big and diverse enough to appeal to many different tastes. 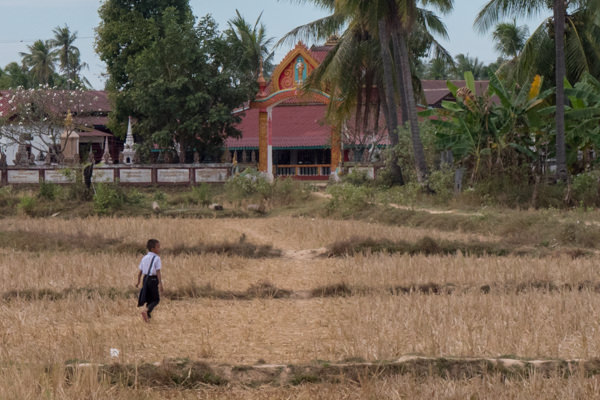 Don Khon: what to expect

I took quite a liking to Don Khon as it feels a bit more local. For example, the food is often somewhat more authentic than in the main area on Don Det.

Most guesthouses and restaurants are concentrated around the bridge that connects to Don Det. While the strip here looks quite busy with a plethora of yellow restaurant signs that are so typical to Laos, it’s still quite laid back around here. You might not hear much except for the sound of roosters or maybe a longtail boat puttering past. 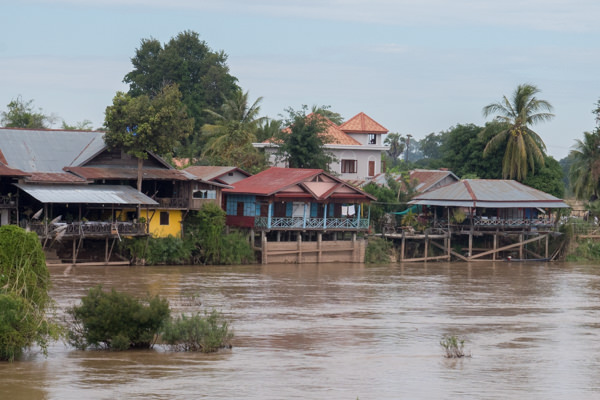 Don Khon is easy to explore by foot or bicycle. While Don Det is mostly farmland (with a few small plucks of trees), Don Khon has a lot more forest cover. As you get about halfway down south, the pastures give way to patches of jungle featuring some gorgeously gnarly banyan trees. 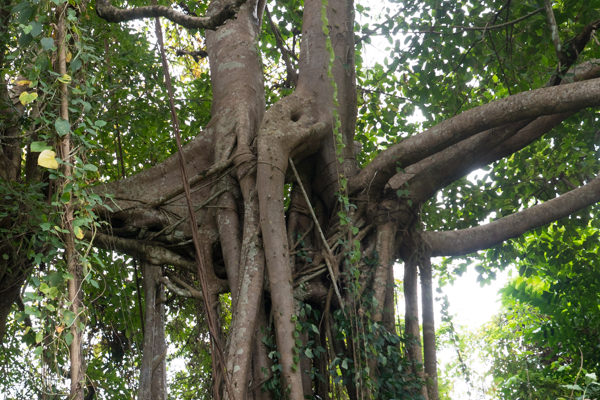 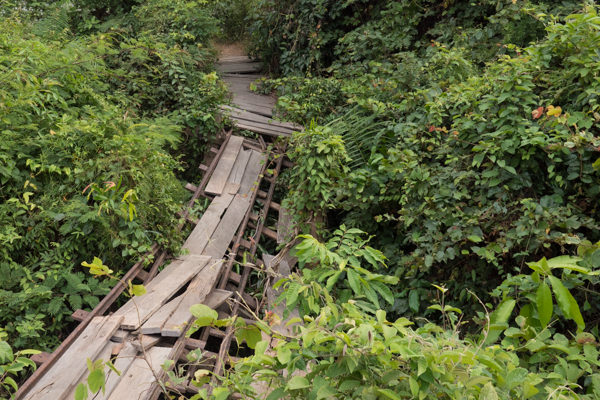 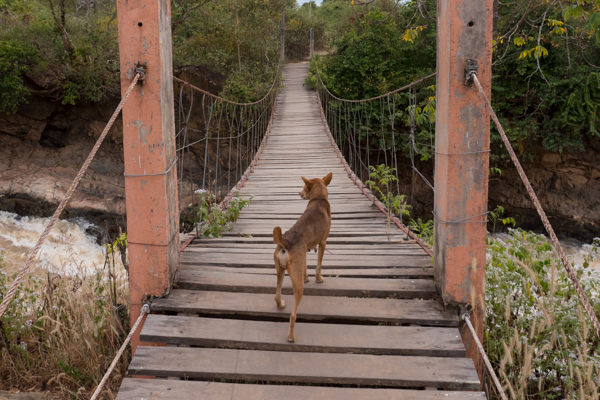 On the west side of Don Khon are also two sandy beaches that are surrounded by craggy rocks. If you have rented a bicycle, then they are within easy reach from either island, but if you stay on Don Khon you’ll be within walking distance of these beaches.

As it’s further away from the party scene of Don Det, I noticed a more diverse mix of travelers here. I saw younger backpackers and grey-haired travelers in equal amounts on Don Khon. 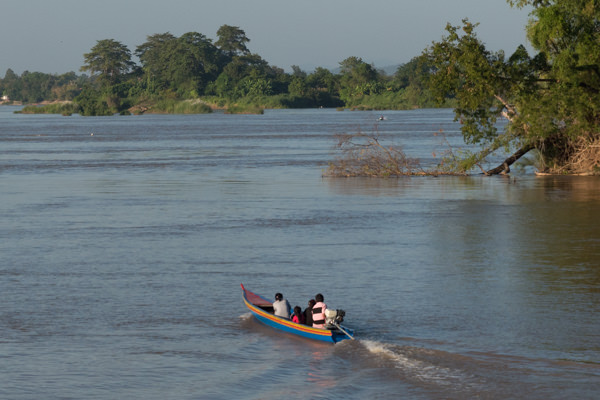 Don Khon is not to be confused with Don Khong, even though they sound exactly the same to Western ears. Don Khong is a much larger island further north. I didn’t get the chance to go, but many say it’s much more spread out, quieter, and less-visited. To get to Don Khong, you have to get back to land (to Nakasong) and take a bus and ferry.

You won’t struggle to find affordable accommodation on the islands. You can find some great guesthouses on Booking.com, or you can easily just find something nice when you get there.

On Don Det, I recommend the west side which is quiet and gives you some fantastic sunset views.

On Don Khon, I think it’s great to base yourself along the river somewhere near the bridge. I circled these areas on the map below. 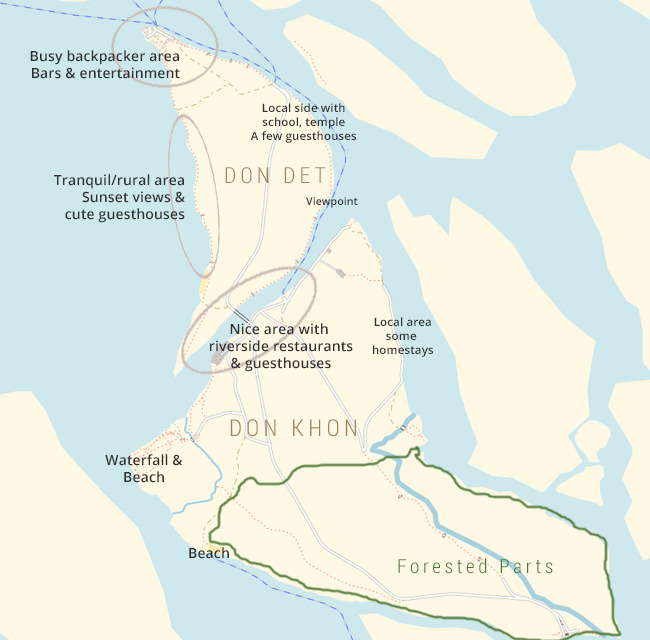 Things to see and do

Dolphin-watching tours are advertised just about anywhere. Sadly, only three of the rare Irrawaddy species survive in the area. I didn’t do this tour — but given the many tours on sale and the low number of dolphins, this experience might be a bit questionable. But I suppose it’s also possible the tours might help conservation efforts. You might want to ask other travellers on Si Phan Don about their experiences with these tours before you book one. 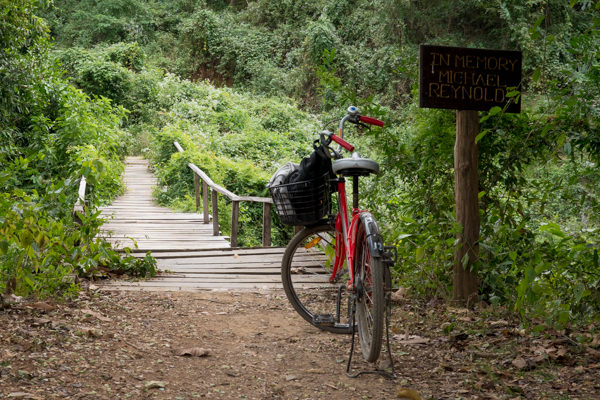 Rent a bicycle. This costs about 10,000 kip a day. They’re not great bikes (especially if you’re tall like me) but they’ll do for a day. You can spend a full day just following an 8-shaped route through Don Det and Don Khon. It’s a great way to get a feel for the islands and learn where everything is.

Visit the beaches on Don Khon. There are two small sandy patches on the west side of Don Khon with restaurants nearby. 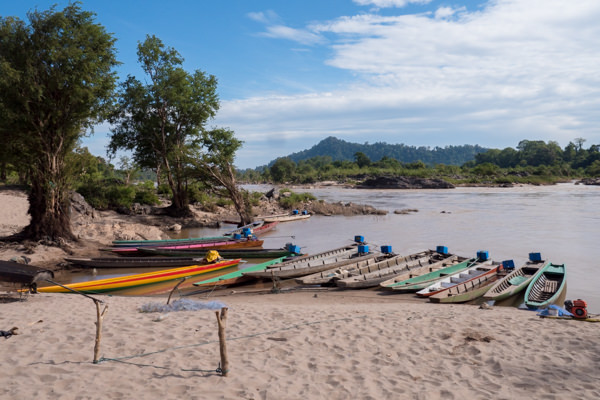 See the waterfalls. There are numerous waterfalls around the archipelago. These are usually just short cascades with rapids more than actual waterfalls, but they do make for interesting viewing points, and some of the rapids have lots of big gnarly boulders around them. 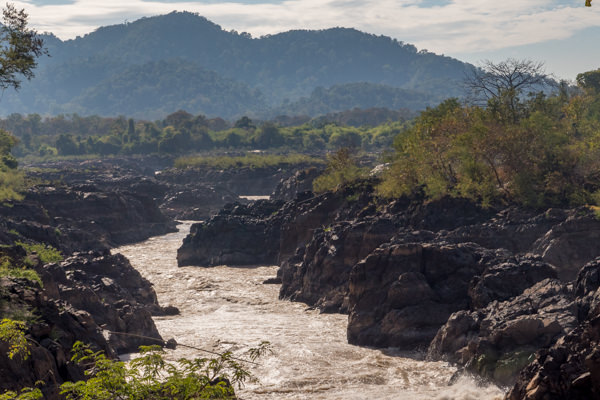 Lay in your hammock. Si Phan Don is a pretty easygoing place (no matter which part you go). So switch off that phone and go read a good book! This is truly a place to go slow. 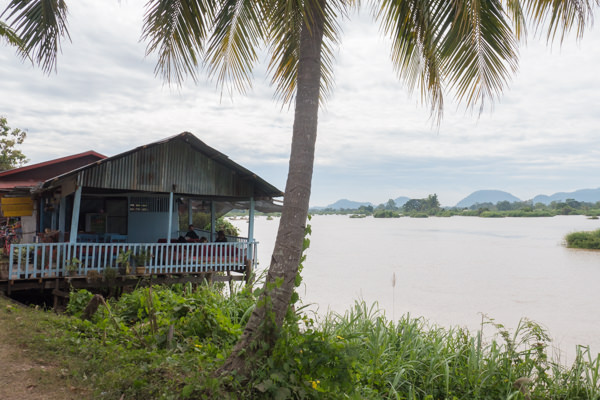 Where to go next

From Si Phan Don there are two obvious places to go next:

Head north to Pakse. This city is a great base from which to explore the Bolaven Plateau, a region filled with waterfalls and traditional villages.

Head down into Cambodia, e.g. to Siem Reap (for Angkor Wat) or the small riverside town of Kratie. My guide to Cambodia has more info.

I should mention that the journey into Cambodia can be an arduous one — so bring lots of patience!

Typically you first take a minivan from Si Phan Don to the border. There you get picked up by another van and driven up to Krong Stung Treng. There you will have to wait to be transferred onto other minivans heading to Siem Reap, Kratie, or Banlung. If you’re going to Phnom Penh, this likely involves another minivan transfer in Kratie.

Where to go after Si Phan Don 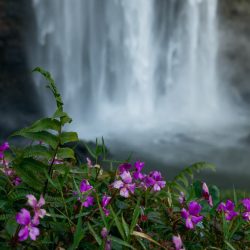 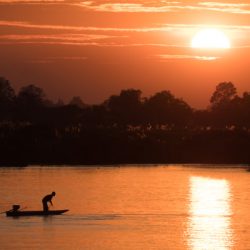