Shark Diving Without a Cage at Protea Banks

See the video of my dive here.

I’m 10 meters underwater, out in the open ocean, and I’m surrounded by hungry sharks.

I won’t lie; once you’re in there and sharks are circling all around you, it definitely feels that way! After dropping bait inside a metal drum down into the water, it took just minutes for sharks to show up — and then we actually dived in to join them. Now they’re everywhere and they’re impossible to keep track of. Sometimes they get so close to me that I can look them straight into their beady eyes.

What have I gotten myself into? 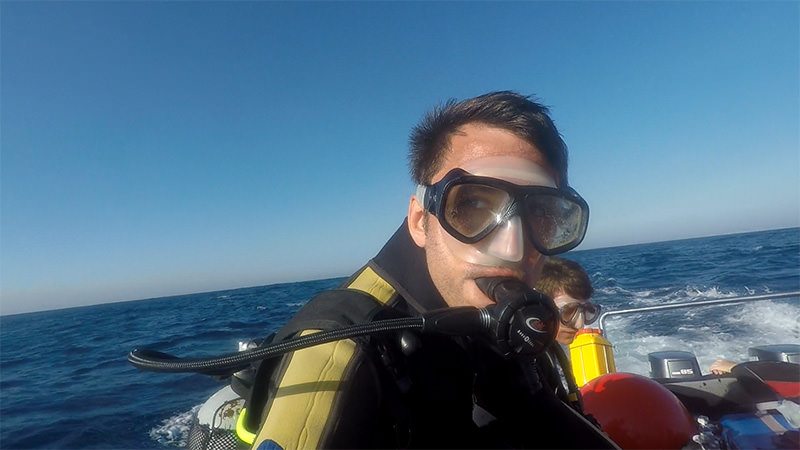 Of course, I know all the statistics saying that attacks on divers (and not swimmers or surfers) are extraordinarily rare, but the less-rational caveman part of my brain still very much took note of being in the company of some scary-looking frowny-faced predators.

It’s a thrilling experience, and one that I did with Protea Shark Divers in Shelly Beach, South Africa. 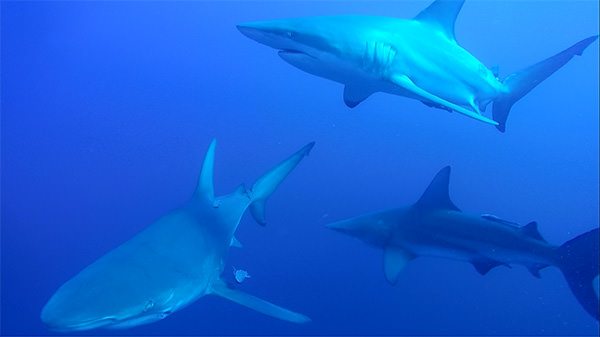 You’ve probably seen some videos before of people going in cages to see great whites that were thoroughly aggro-ed with live bait or decoy seals. This type of cage diving seemed just a bit too contrived to me (and you’re often in a huge group just taking quick turns to go into the cage), which is why I had come to Protea Banks to see sharks on some proper dives instead.

Thankfully, we weren’t looking for great whites, though Protea Banks is home to pretty much every other shark under the sun. It’s one of the world’s most famous shark-spotting sites, and ones that get spotted there regularly include ragged-tooth sharks, hammerheads, bull sharks (known as the second most dangerous species), and even tiger sharks, which grow up to 4 meters.

After our initial descent I had a little freak-out, but not because of any sharks. It was actually because of what I saw sinking down into the bottomless abyss: my dear precious GoPro, which had somehow become detached from my monopod. Argh!!

It was already too far down for me to chase after it. I cursed—which, if you do it with a regulator in your mouth, just sounds like a muffled “fooooaaaaaaaaaaa!!! *bubble noises*”.

But miraculously, one of the dive masters emerged a few minutes later with the GoPro in hand. I couldn’t believe it! He’d seen it floating down and somehow grabbed it when he had the chance. 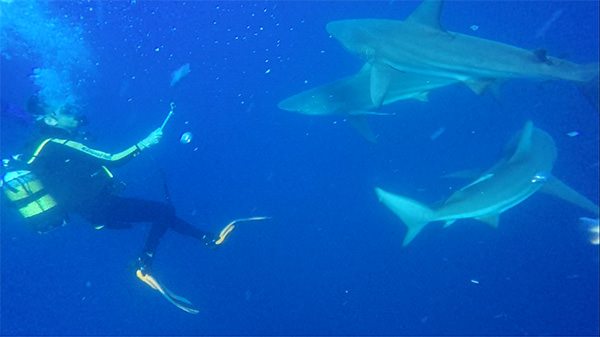 I was now free to shift my attention to the six blacktip sharks that had joined us. Deeper down below us were also two bull sharks, though I only got a few glimpses of them, as ironically these fiercer sharks are also a lot more shy.

The blacktips on the other hand were friendly and curious, gently circling around us. Sometimes they’d pop up from behind you, swooping into your periphery vision. Oh hi there.

Often they got within just 10 centimeters or so, giving me a perfect chance to study them up close. My dive buddy even had the fortune of getting nose-butted in the head, earning him the distinction of having been kissed by a shark.

Depending on your air, you can spend up to an hour with these creatures on one dive. This gives you ample time to observe as they move gracefully through the water.

It’s actually a serene experience as you slowly track them with your eyes while they run circles around the bait station or come to check you out. Instead of some Jaws-ian nightmare, it becomes a kind of meditative thing.

Blacktips are rather chilled out sharks, though most species are actually not what they seem on Discovery Channel’s Shark Week. Even the more ferocious ones only rarely turn aggressive towards humans. Sharks actually aren’t so scary; it’s humans that are terrifying, as this shark finning infographic makes horrifyingly clear.

Nevertheless, there’s still an adrenaline element to diving with sharks, at least at first.

I got to see some sharks in the wild a few times before, but never quite as intimately as I did here in South Africa. Whether you’re a thrill-seeker or simply love to see marine life up close, it’s an unmissable experience. 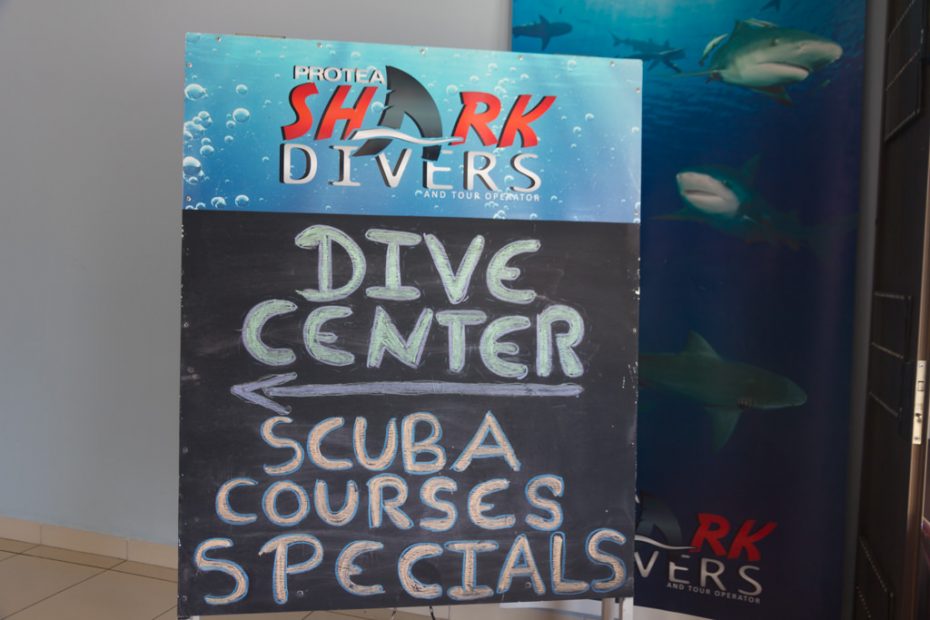 To do these baited dives, you need at least the basic Open Water diving certificate. 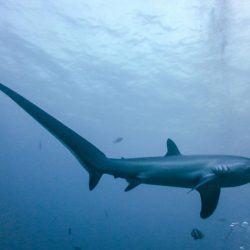 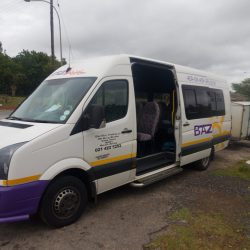 What You Should Know Before Travelling by Baz Bus