9 Podcasts I Love To Listen To When Traveling 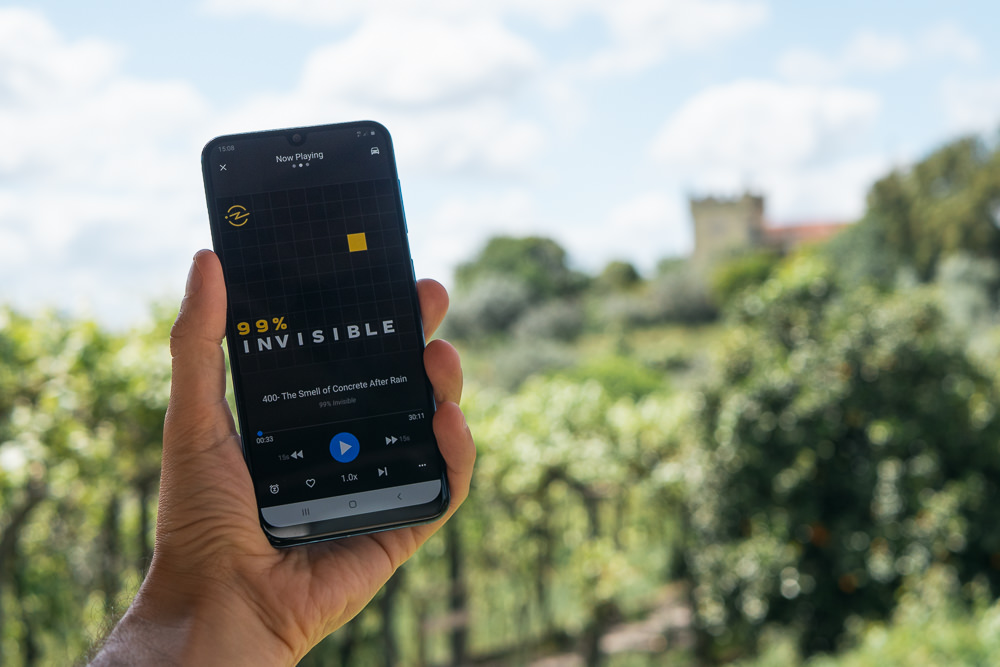 There’s something we don’t often talk about on travel blogs. It’s how travel can, well… be mind-numbingly boring sometimes!

We’ll write about, say, the jaw-droppingly beautiful waterfalls of Iguazu, but not how the soul-destroying 12-hour bus ride it took us to get there. We speak of Angkor Wat in hushed tones, but definitely not of that long flight to Cambodia with eight crying babies on board…

Luckily, podcasts have gotten me through many long journeys. It is through travel that I became a podcast addict.

This is, hands down, my favorite show ever. Whenever I hear those words, “this is 99% invisible, I’m Roman Mars”, it’s like smelling a cup of coffee in the morning — so soothing and comforting.

99% Invisible is essentially about all the man-made things around us — the things we might not give much thought to every day, but which were designed and created by someone. The podcast focused on architecture at first but soon widened its scope to become much more general interest.

The website has a suggested starting playlist. Recent episodes I’ve loved include Their Dark Materials about the creation of the blackest paint known to humankind, and Whomst Among Us Let The Dogs Out, a super deep dive on the Baha Men’s Who Let the Dogs Out (trust me, it’s much better than that sounds)

This show is hard to describe. It’s basically about people, and the internet, and things that happen on it. And it’s funny.

One of the recurring segments is ‘Yes Yes No’ in which the hosts try to unravel some obscure bit of internet culture, but the show often goes into crazy and unexpected narrative directions. A listener’s internet tech support question might take them on a wild globe-trotting investigation in a quest for the truth.

Not all episodes are equally good, but some are sublime. The episode Zardulu about a mysterious rat trainer is an absolute classic and a perfect starting point. More recently, The Case Of The Missing Hit is an epic journey of lost pop song investigation that left me literally gasping at the end.

This is the one travel-related podcasts I regularly listen to. It’s hosted by Rolf Potts, author of the popular philosophical travel book Vagabonding. On Deviate he speaks to travelers, authors, and other interesting guests.

While solo hiking on Cape Verde this year, I much enjoyed listening to Rolf Potts’ conversation with travel author Pico Iyer, as well as his reminiscing about long-term travel with comedian Ari Shaffir. I love that the podcast focuses a lot on adventure travel and vagabonding rather than holidays, though it does also regularly, well, deviate from its core topic to dip into whatever the host finds interesting at the time. (I liked the episode about paleontology.)

Something True is a brilliant podcast produced by two friends of mine, Duncan Fyfe and Alex Ashby. It’s been called by Vulture as ‘the best podcast you aren’t listening to’, and I highly recommend subscribing to it this instant.

Each self-contained episode features a true story from some obscure corner of history, told in highly entertaining and comedic fashion. The episodes are bite-sized, usually between 10 and 15 minutes. The debut episode tells the story of President Warren G. Harding — widely regarded one of the worst presidents ever — and his dog Laddie Boy, who was given a cabinet position in his administration.

All the episodes are fantastic and the first is as good as any place to start.

The only reason I started listening to this years ago was overhearing people talking about it in a hostel in Thailand. I never actually spoke to these travelers, but I have to thank them for letting me snoop on them over breakfast and totally steal their podcast recommendations.

This BBC podcast reviews all the latest films, but it’s the conversational back and forth between the hosts that often make it so much fun to listen to.

This podcast got me through some long bus journeys in Southeast Asia. It also got me to watch many amazing films that I would have otherwise missed out on.

Look, I’m a guy with very little interest in the sartorial arts. Anything related to fashion or clothing — nah, no thanks. And yet… Articles of Interest held my interest from the first episode to the last, from its deep dive into jeans to its epic expose on plead.

Oh, and I now get why women get excited about pockets. I get it.

It’s hosted by Avery Truffelman, one of the co-hosts of 99% Invisible. Each episode features a closer look at some aspect of clothing and is told in a super entertaining way. Even if the topic isn’t among your main interests, I promise it’ll be worth listening to.

I don’t know if this podcast is quite of the same caliber as the others here, but I wanted to throw a wildcard into this list.

Our Debut Album is just a lot of dumb fun. The premise is simple: two comedians have just one hour to come up with the lyrics to a new song. Whatever they end up with at the end of their songwriting session gets actually recorded in a studio with professional musicians.

You get to hear the entire songwriting process with only the boring parts edited out. The resulting songs are usually pretty bad, but it’s so such fun to be a fly on the wall during such a high-intensity creative session. I burned through quite a few episodes while swinging in a hammock on the island of Koh Rong Sanloem in Cambodia.

If you really can’t take how bad these songs are, then switch to listening to Song Exploder.

Did I mention 99% Invisible is my favorite ever podcast? Well, Nice Try! is another spinoff from that show by one of its contributors. It tells the stories of people who imagined a better world and attempted to create some kind of utopia.

For instance, it tells the tale of what really happened with the failed experiment of Biosphere 2 in the Arizona desert back in the 1990s (when they locked a bunch of people into a hermetically sealed greenhouse). Another episode tells the story of Chandigarh, a city in India that was supposed to be the perfect city.

As the title of the podcast implies, every one of these experiments fails in some huge spectacular way.

This podcast is so funny it makes you belly-laugh almost every episode. It has adults reading from their most embarrassing diaries and love letters from when they were teens — on stage, in front of a live audience.

It’s hilarious because you can just sense the narrators blushing their whole faces off. It’s also cathartic to be reminded of how everyone was just an awkward dumbass when they were kids.

Listening to this podcast on some of my train journeys got me some quizzical looks from other passengers as I tried hard to suppress my laughter.

Anyway, these are 9 podcasts I love to listen to — totally biased based on my personal interests.

What are the podcasts you stock up on before going on a long journey? 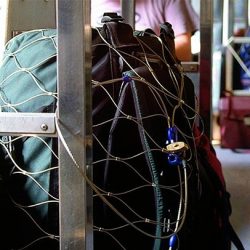