The rice terraces of the Ifugao province are possibly the biggest attraction on Luzon, the Philippines’ biggest island. This UNESCO listed site is fairly easy to reach, only an overnight bus away from the capital Manila, though as I found out in order to get to the really spectacular rice terraces you have to make the effort to hike through the mountains.

The rice terraces were one of my final destinations on my trip in the Philippines, and it feels like I kept the best for last. Even though I didn’t visit during the best season (as most of the paddies were full of little sprouts and not fully grown rice) they nonetheless managed to be very impressive. Knowing that they were built over 2000 years ago, carved out of the hillsides by an ancient civilization using primitive tools, makes them all the more fascinating. 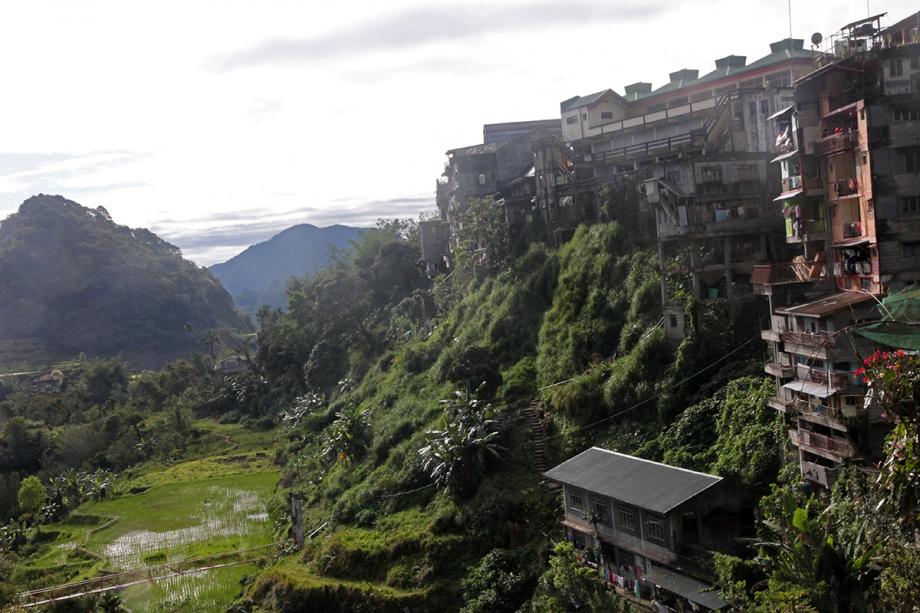 The view of Banaue town from my guesthouse

The town of Banaue is where the majority of visitors to this region go, and it’s where my bus arrived as well. It is a little touristy, but a pleasant enough town. Along with my travel buddy I took a tricycle driver to take us to various lookout points in the area. Banaue is in a valley that is full of rice terraces many of them still in use currently, and it’s these that are often the most visited and most photographed. You may also find some locals in traditional clothes hoping to get some money for getting their picture taken. 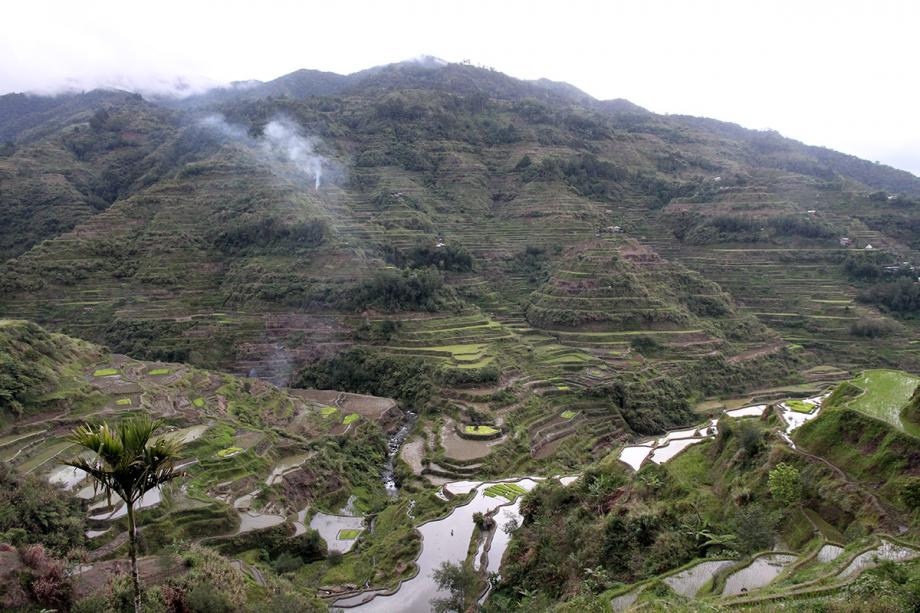 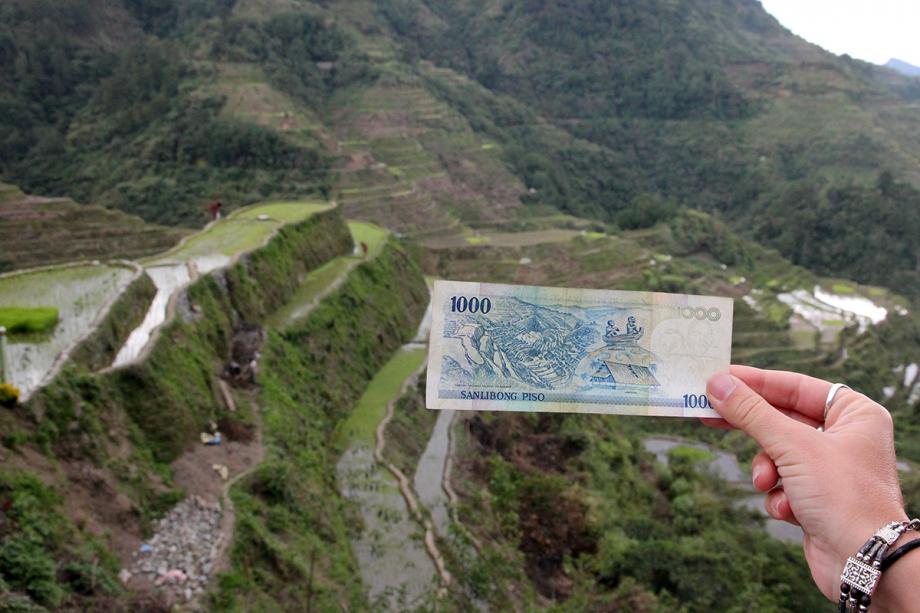 At night we hung out in our guesthouse when suddenly there was a power cut. Sitting next to the window overlooking the valley, it was pretty crazy to see all the little lights on the other side suddenly go out. Power cuts do happen from time to time in the Philippines, but fortunately they don’t have to spoil your fun. In fact, we joined two other travellers in the guesthouse restaurant, got some candles lit, brought out a bottle of rum and had some fun card games and conversations. Even though brownouts are not fun for all the people relying on the electricity, I do love how cozy things get during a brownout, so as a traveller it’s something you can cope with. 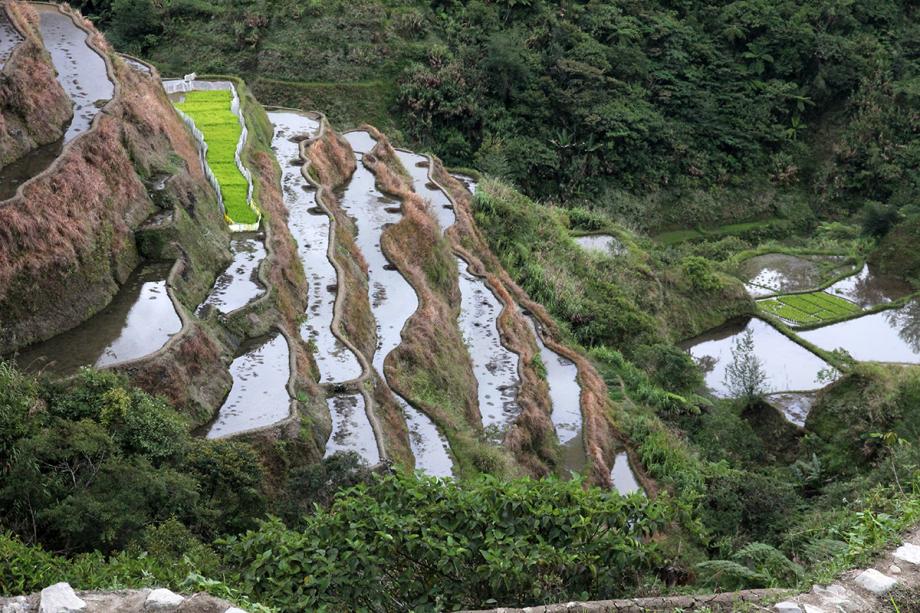 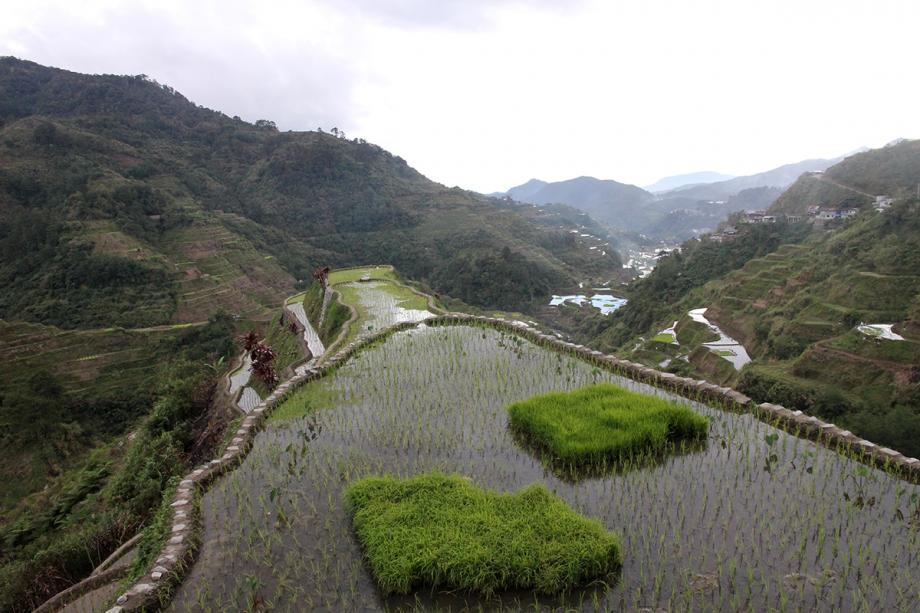 It was not necessarily the best time to visit, as much of the rice had been harvested, but the terraces were still interesting to see.

We decided to go to Batad the next day together as a group. Batad is a town not too far from Banaue on the map, though it’s pretty difficult to reach as it’s in the next valley and not connected directly by any road. It was even more difficult than usual to reach for us as the dirt road leading up to the hiking trail was closed due to a car having driven down the cliffs. When we got to the site of the accident, people were busy trying to tow up the wreckage. 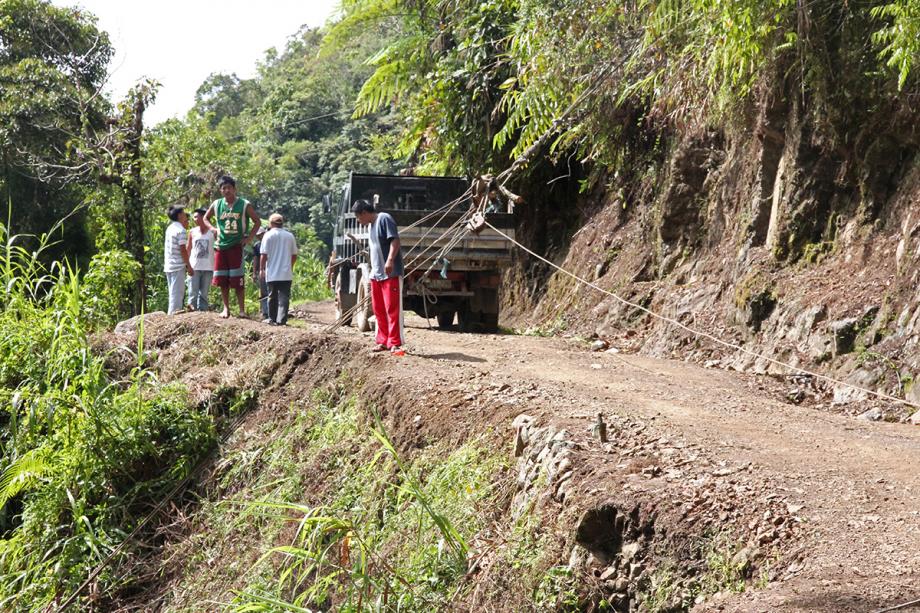 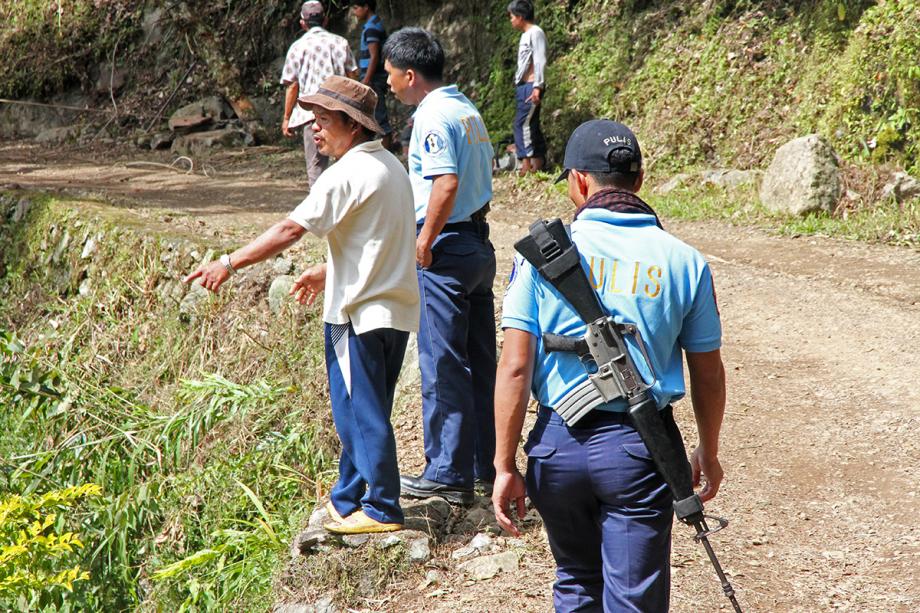 A car had driven off a cliff and had to be salvaged, which meant we had to walk the whole way

We had to hike all the way over the mountain ridge to get to the village. But the hike was worth it, as the rice terraces of Batad are huge and ‘amphitheater style’, with the terraces etched out of the hillsides going up as far as the eye can see. While the ones around Banaue were nice to see, I felt the ones at Batad were truly impressive. I had not seen anything like this before. 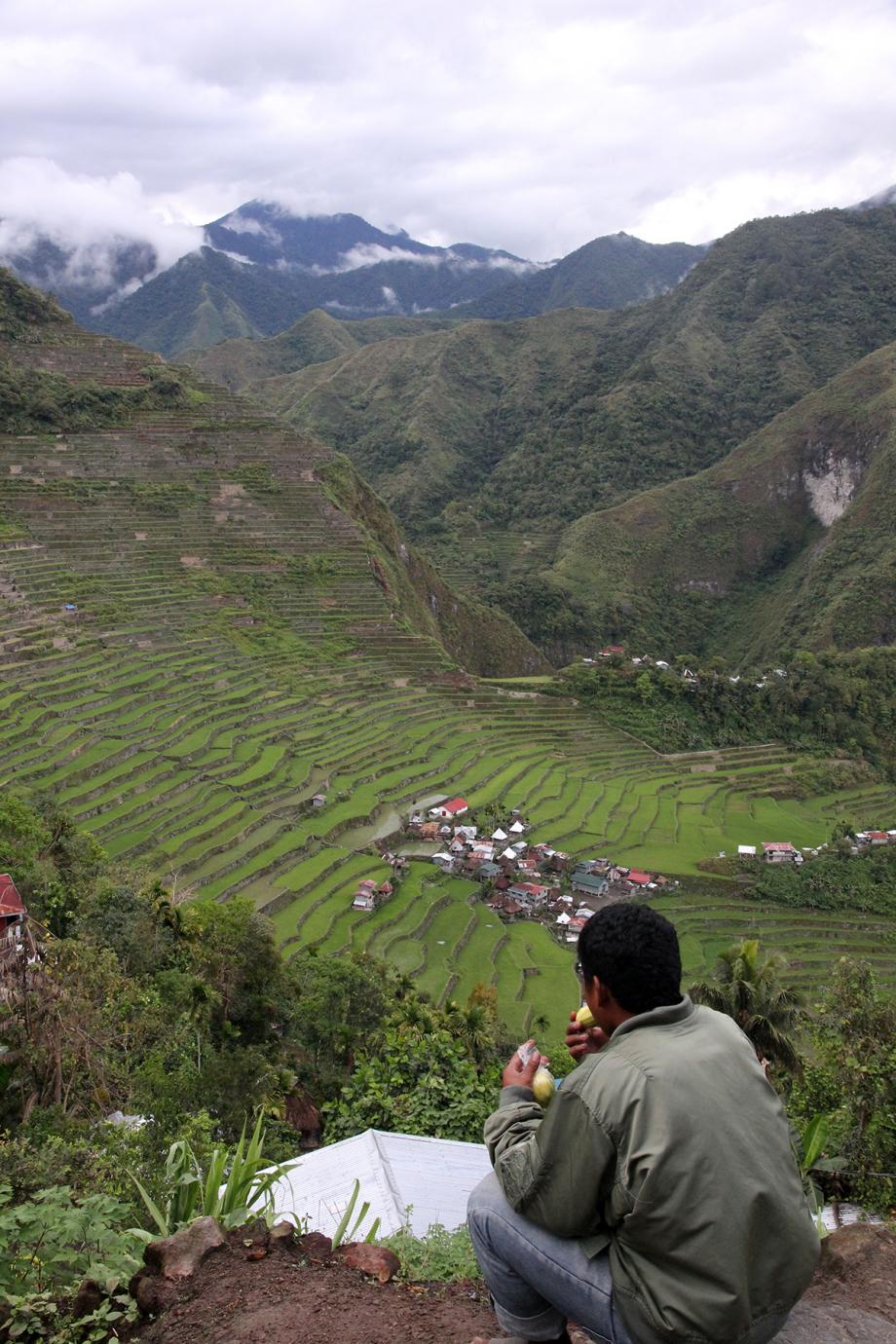 View of the rice terraces from Batad 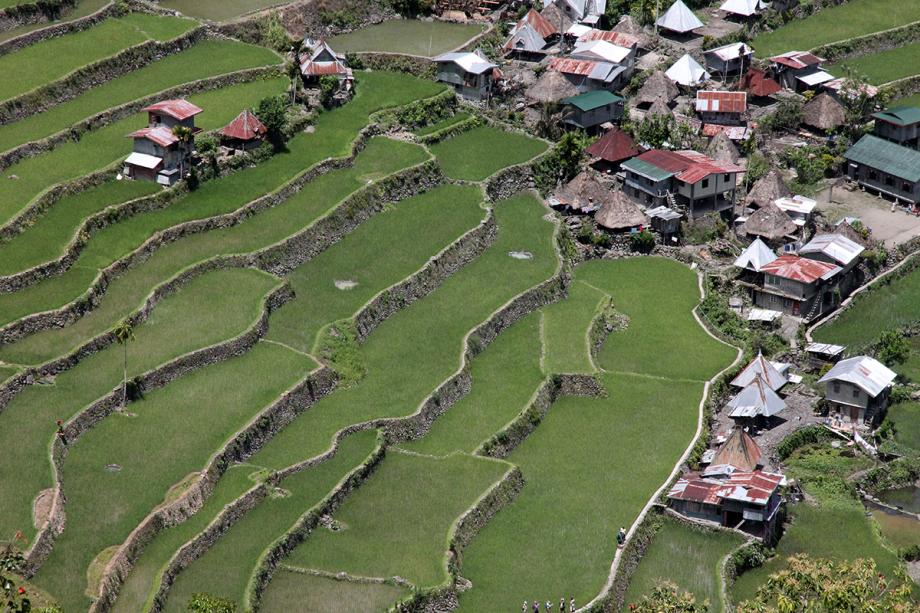 The terraces here are made out of stones rather than mud in Banaue. The town of Batad is situated right in the middle of the action, ringed by several ‘walls’ of terraces down below. 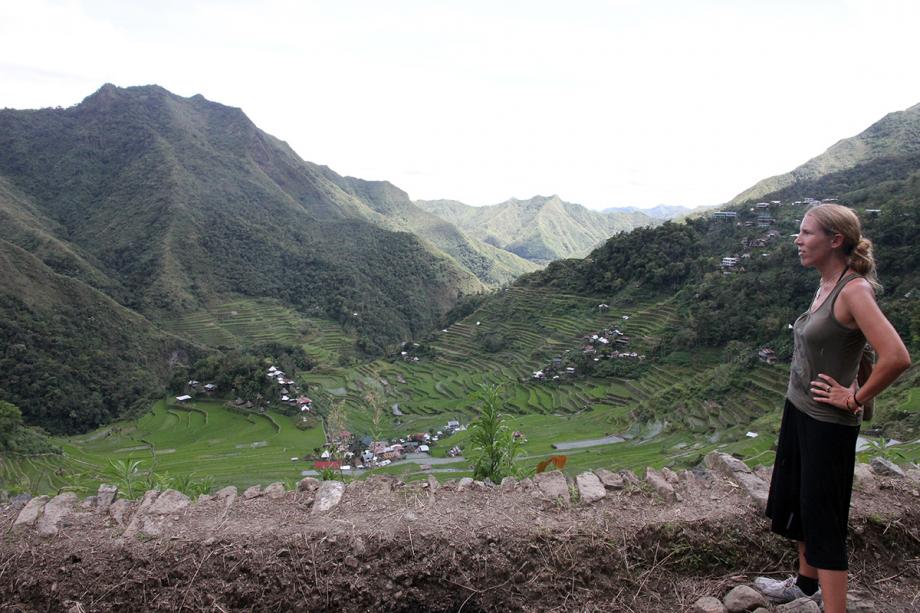 Unfortunately shortly after we got to Batad it started raining… so hard in fact that we couldn’t hike our way back. But this was quite a happy accident, as it made us decide to stay the night in Banaue. We had some wonderful food with a view of the rice terraces. Two ladies from the village also offered massages which we were happy to have after all the hiking we’d done today and the day before.

I woke up early in the morning around 7 a.m. Seeing the sun come up over the mountains and slowly illuminating the rice terraces below was an incredible sight to behold! 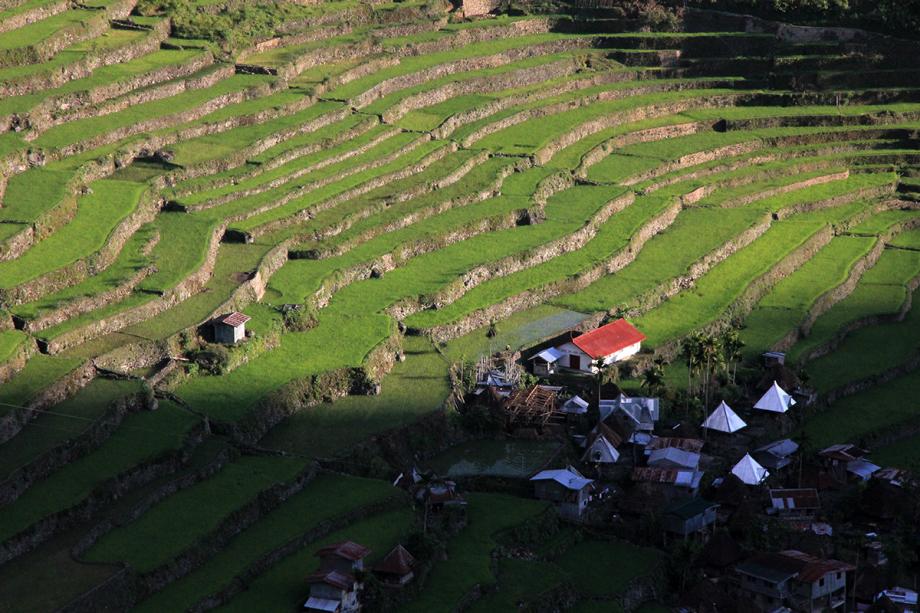 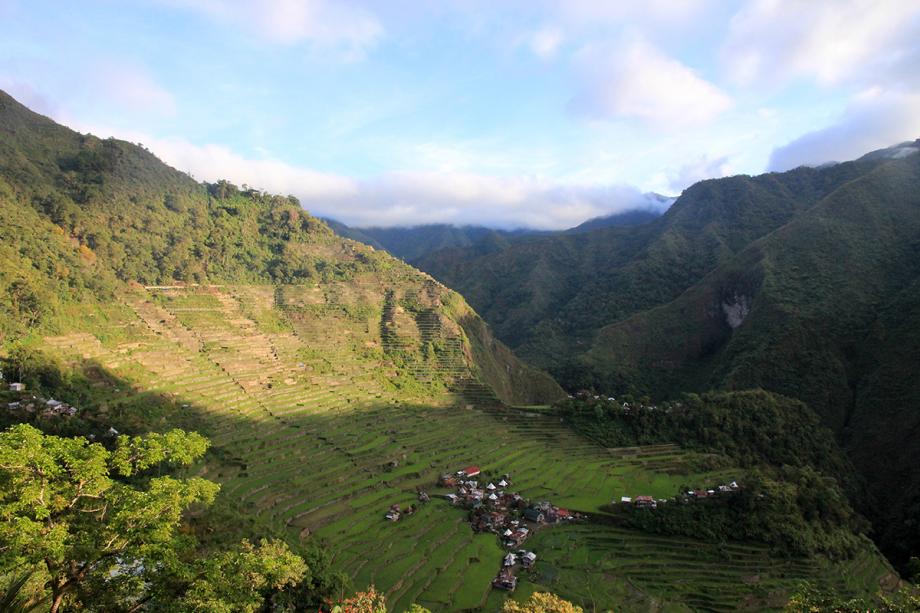 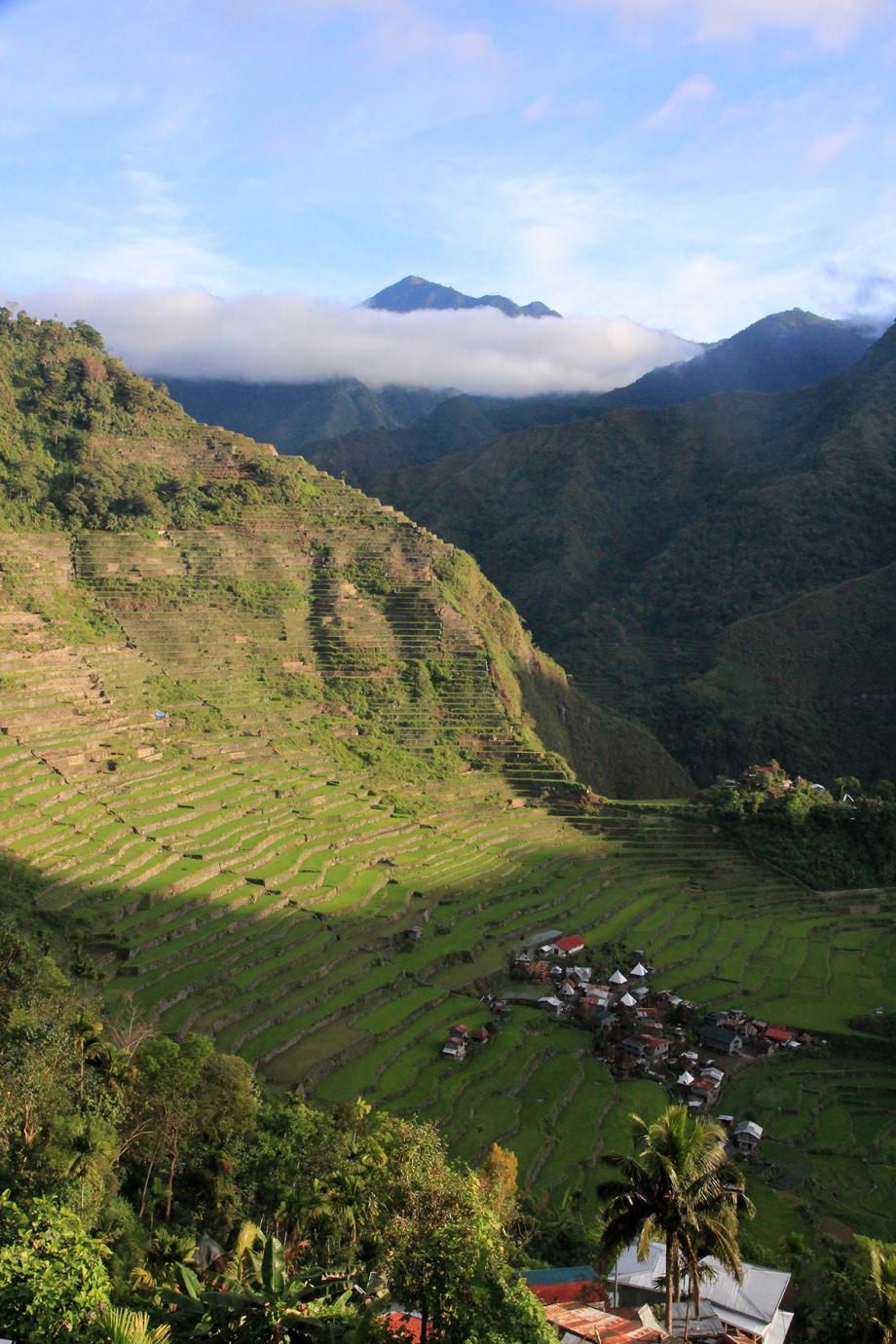 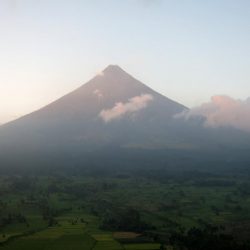 Climbing Mt. Mayon: The Volcano With the Perfect Cone 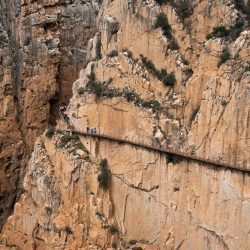