Travel cost per day in Greece

When it comes to travel costs, Greece can be a bit deceptive. As a country, it has the reputation of being inexpensive. But as a travel destination, it isn’t always so cheap. So… what’s the deal?

The cost of living in Greece is quite low compared to many other countries. That said, about 20% of Greece’s GDP comes from tourism, which means it’s their big money-maker.

As such, they do know what to charge foreign tourists in Greece! If you’re going for a made-for-Instagram vacation on a dreamy Greek island, it won’t be super cheap. 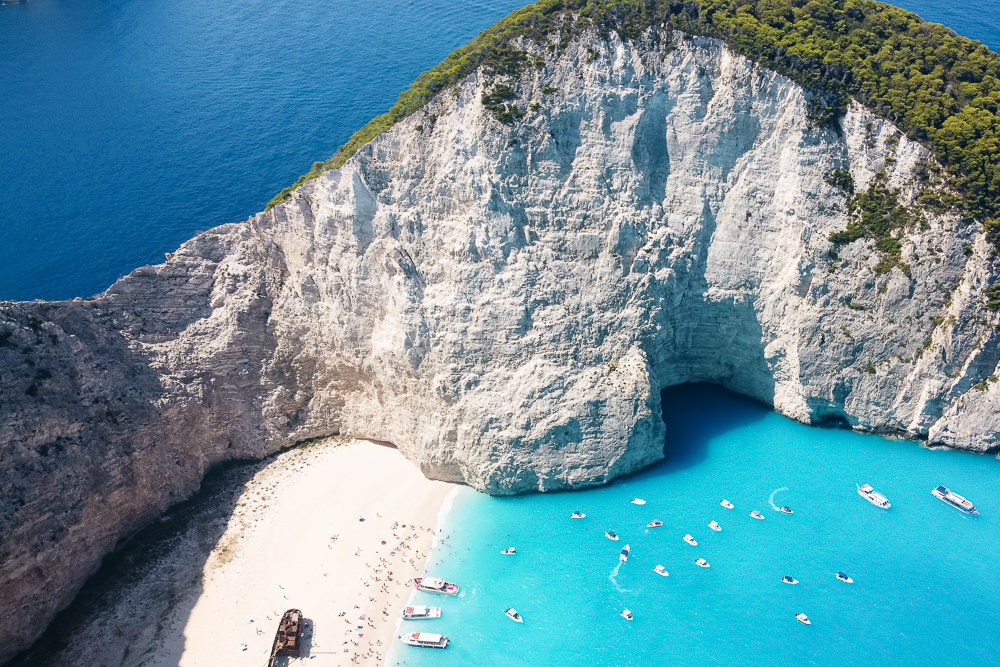 If you’re expecting Greece to be on par with travel costs in, say, Eastern Europe or the Balkans, then you’ll be disappointed. On the other hand, the costs in Greece can still be very reasonable compared to Western or Northern Europe. This is especially true if you travel in the low- or shoulder season.

I kept a daily record of my expenses during my times in Greece, based on which I put together this overview.

Travel cost per day in Greece

It cost me €72 per person per day to travel through Greece in August (which is about $85 USD). This included restaurant meals twice a day, staying in mid-range accommodation (Airbnbs and guesthouses), renting a compact car with insurance, museum visits, and everything else apart from flights.

This daily average represents a couples’ trip on an average budget. We weren’t staying in extravagant holiday villas with private helipads or anything, just booking cute B&Bs or budget-friendly rooms.

If you like to splash your cash, you should probably count on spending at least €100+ a day per person ($118 USD) so you can have accommodation with more comfort/luxury.

A few years ago, I also went to Greece as part of a backpacking trip. If you’re a budget-conscious backpacker staying in hostels and using only public transportation, I think you can get by on about €40 a day ($47 USD).

These were some of the August high season prices:

One thing to keep in mind: I didn’t go to Mykonos or Santorini on this trip. I did go there on a previous trip and thought they were unusually expensive. Allow some extra funds if you’re planning to visit these popular islands.

We spent an average of €12.50 per person on lunches and dinners, which included drinks and sometimes dessert. We weren’t too picky about our restaurants based on price; we ate in touristy areas but also some cheaper local taverns.

The cheapest meal during our trip was some pork gyros (a Greek meat and vegetable wrap) in the tourist area of Athens, which cost €4.50. It was a very filling lunch!

The most expensive meal was € 21.50 per person, which included whole fish, plenty of wine, dessert, and some delicious Rakomelo honey liqueur.

As a rule of thumb, you can eat very well for about €10 per person in Greece. Main dishes such as Greek salads, Moussaka (a Greek lasagna), grilled meat, and so on, will typically cost about €6 or €7. These are the typical prices in the average traditional Greek restaurant, ignoring high-end dining.

Tip: Portions are usually very generous in Greece. If you’re on a tight budget, just ordering a salad or starter with bread & olives can give you a very satisfying meal.

When it comes to travel costs in Greece, accommodation is the most variable and sensitive to season and location.

July/August is the busy high season in Greece when things get expensive. I spot-checked a few hotels and B&Bs before my trip; one cute B&B I was eyeing on the island of Milos cost €70 per night at the end of August, and went down to €35 just two weeks later. This was a pretty typical drop in price. If you don’t want to strain your budget too much, it’s a great idea to travel in the shoulder season, like June or September. 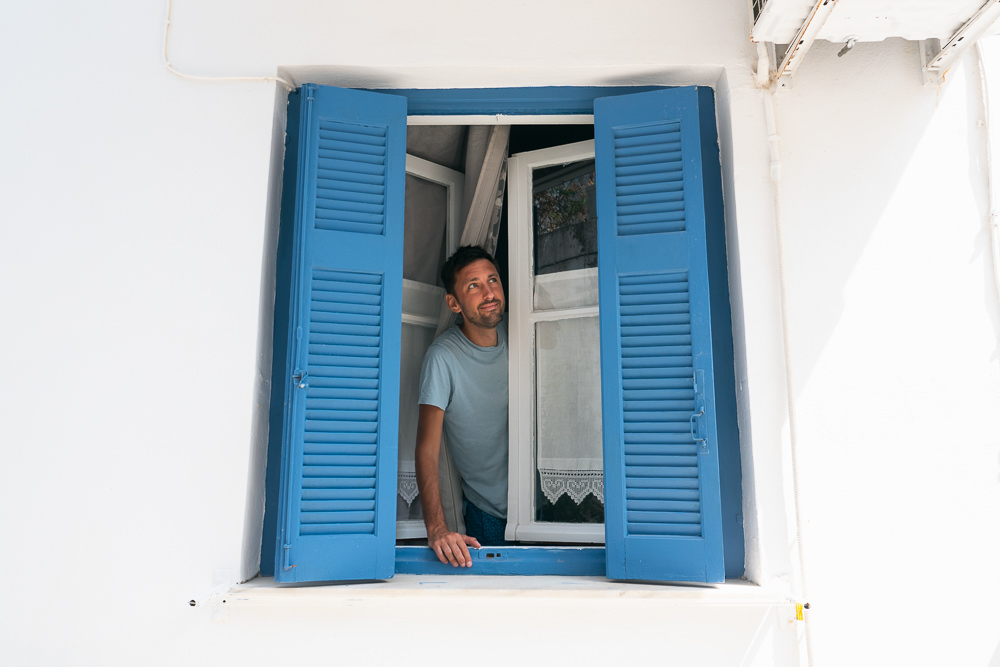 While traveling in August, the average cost of accommodation was €43 per night for the two of us, or €21.50 per person. We stayed in rooms and studio apartments that we found on Airbnb and Booking.com. We avoided a couple of destinations where we could only find €100/night resorts at the time.

If you’re traveling outside the high season, you can more easily find budget rooms for about €25 to €30 per night. If you’re backpacking, you  can also find a small number of hostels, mainly in the popular spots of Athens, Mykonos, and Santorini. A dorm bed costs anywhere between 9€ and 18€ and this price is dependent on the time of year.

Tip: the islands of Santorini and Mykonos are notoriously expensive! They can cost twice as much as the examples given here. Add to your budget if you’re going to these islands.

If you plan to go island hopping in Greece, be aware of the ferry prices. You can find up-to-date ferry prices by searching your routes on DirectFerries.com.

The cost of a taxi from Athens airport to the city center is standardized at €35. By metro, this journey costs €8. Once you’re in Athens, taxis are very cheap. Just be sure to use the Uber or Beat apps. In Greece, these apps can only be used to hail licensed taxis, but they will prevent drivers from being able to overcharge you, which does otherwise happen a lot. A 2.5km or 1.5-mile ride costs around €5.

Museum entry typically costs around € 12 per person (e.g. the ruins of Delphi, the ruins of Mycenea, and the National Archaeological Museum were all exactly €12). One outlier is the archaeological site of the Acropolis, which costs €20 for regular entry. Most museums are half cost when visiting between November 1 and March 30.

A 3-hour boat tour with snorkeling around the island of Zakynthos cost us €25 per person. 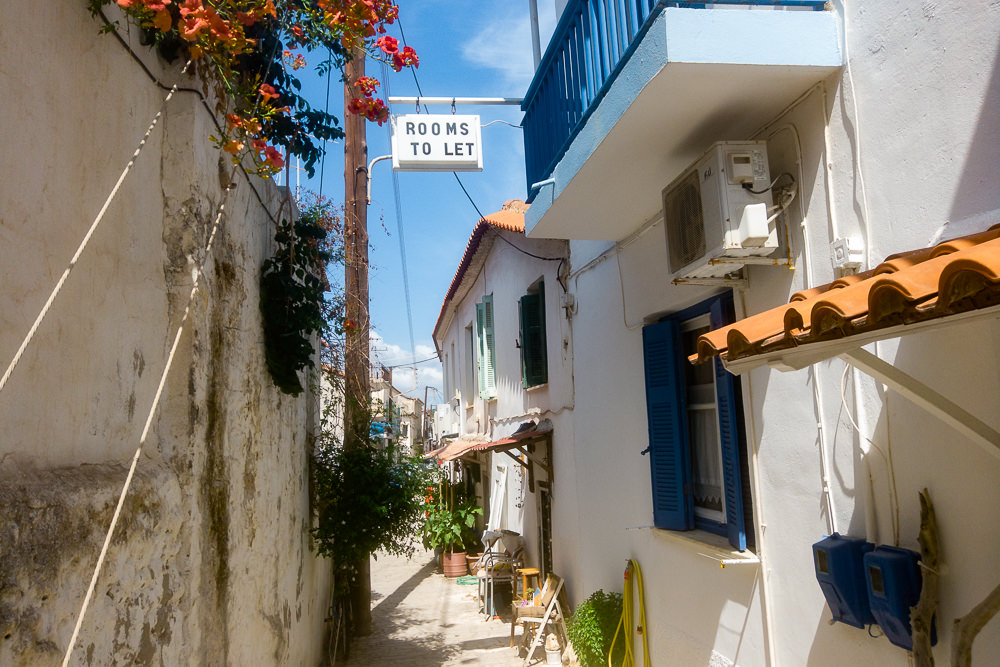 Can you travel Greece on a budget?

Greece feels quite targeted to the sun & sand summer crowd willing to spend some money on their holiday. Still, it’s also a fine destination to go to if you’re more of a budget traveler.

I went on a backpacking trip in Greece a few years ago, hitting up popular spots like Athens, Santorini, and Mykonos. It was perfectly possible on a budget. The trick is to stay in hostels or pick accommodation outside the most touristy area, such as avoiding the super-romantic Oia on Santorini.

Restaurants in Oia are unusually expensive, but me and my friends simply bought wine and snacks and watched the famed Santorini sunset while having a mini picnic. Often we ate cheap gyros for lunch.

Greece as a country is itself not necessarily expensive, so how much you spend really depends on how you travel. 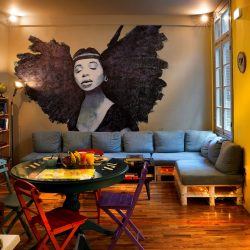 Best Hostels In Athens (ONLY The Top 5) 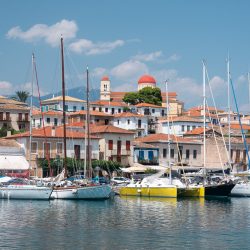