If you saw a place named ‘Wilderness’ on the map, wouldn’t you go there?

The name certainly piqued my interest, and after I’d read a couple of things about the place, I knew I wanted to make a stop there.

Situated along South Africa’s popular Garden Route, not far from Plettenberg Bay, Wilderness isn’t quite as wild as the name may suggest, though it does give easy access to many hiking trails and other outdoors activities. It also has some offbeat attractions, including the chance to meet a man who’s lived inside a cave for over a decade (but more on that later). 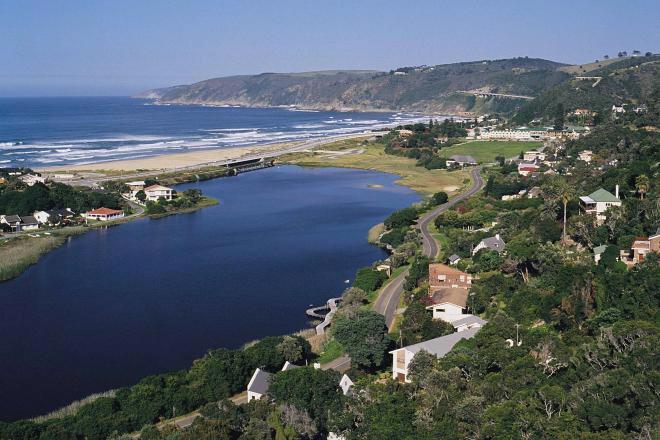 Wilderness was one of my favorite stops in South Africa, though I must admit I wasn’t totally in love with the so-called Garden Route in general, a stretch of the south-western coast that is heavily promoted as a tourism destination.

I certainly liked it, but given all the hype, you’d think it’d be more special. The vibe along the Garden Route is very… peachy. You’ll find plenty of country club golf courses, retirement estates, bird-watching trails with designated picnic spots, and a wealth of holiday cottages with names like ‘The Kingfisher Country House’ or ‘The Old Trading Post Guesthouse’. Like a Bob Ross painting, the Garden Route is just a bit too… nice.

Maybe that sounds like a strange criticism, but I guess I just wasn’t looking for such a typical holiday retreat, at least not immediately after flying halfway around the world. (I later discovered South Africa’s Wild Coast is much more my jam.)

It’s not that much of a complaint though, as I did enjoy my time especially in Wilderness. I stayed at the Fairy Knowe Lodge, a wonderful backpackers’ and camping site on the edge of town among the forest. 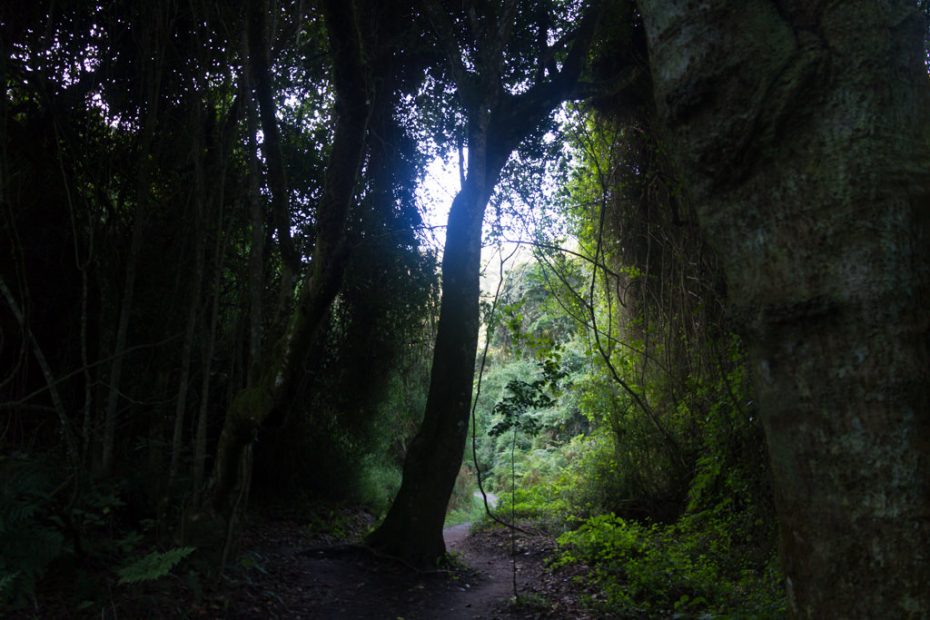 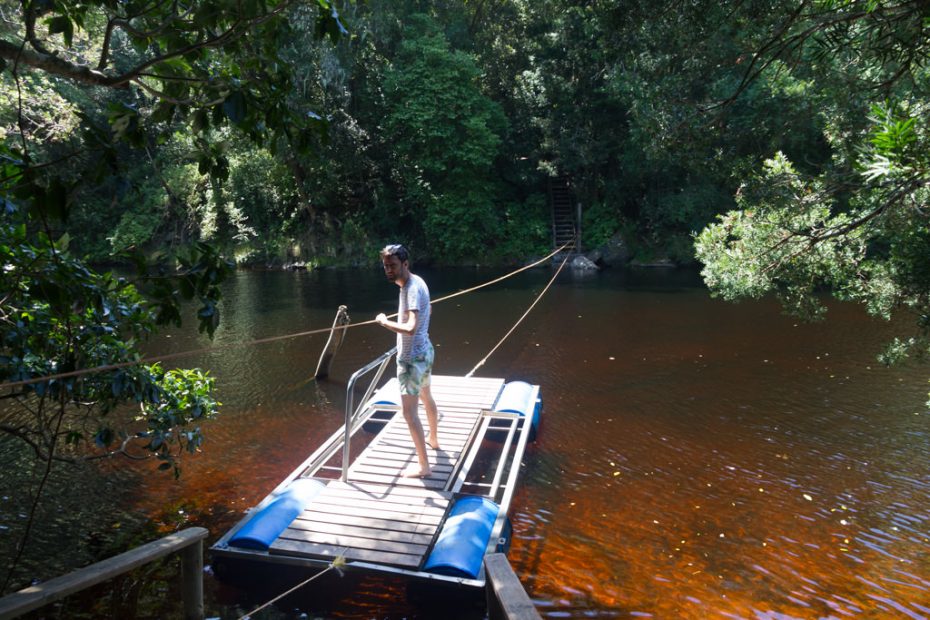 A nearby walking trail (the Half-Collared Kingfisher Trail) meanders along the river, eventually ending at a small waterfall. This trail was so nice I hiked it twice. Just before sundown the light was simply gorgeous, and I had to stop often just to listen to all the bird song at this hour. The next day I kayaked up the river, then hiked up to the waterfall for a swim. It’s not only fun to go kayaking this way, but it also lets you cleverly bypass the park entrance to avoid paying the fee. (Hmm, #travelhack.)

Another fun adventure in Wilderness is to hike along its abandoned railway line. You first pass through two ever-so-slightly creepy tunnels, then emerge behind the hills on the far side of town. You can then make your way across several rusty abandoned bridges, taking you all the way to the cove beaches of Victoria Bay.

The walk is fun and a little adventurous, but that’s not even the main reason for going down this train track. You see, halfway along the railway line is a large cave, where (locals had told me) a man had been living for over ten years. Using driftwood and other materials, he’d created an elaborate home inside this cave.

I didn’t bring my camera (the path is said to have a high risk of mugging), so I can’t show you what I saw, but maybe it was kind of un-photographable anyway.

This is admittedly a geeky reference, but if you’ve ever played a video game set in some post-apocalyptic land—where handfuls of survivors live in improvised boarded-up shelters—then that’s exactly what this place looked like from the outside.

But it’s the inside of this cave dwelling that delivers the real surprise. Luckily the owner named Clifford was home, so he was able to give us a little tour. It was a maze of Alice and Wonderland-esque rooms—a fantastical world of seashell decorations, 60ies kitsch, weird Ancient Egyptian themed art, and other meticulously scavenged objects of excellence. If a magpie could be a person, they’d have a house exactly like this.

Expansion even seemed to be underway, as another person was apparently settling in next door. There was a small second cave opening filled with gravel, with a shovel outside and a sign saying “donate your time; help excavate”. I considered giving this a go, but then I remembered I’m not much of a shoveler, so I left a tip in the donation box instead.

I may have been only mildly excited about the Garden Route overall (admittedly based on brief impressions), though Wilderness was definitely a highlight for me. Many other travelers later told me Wilderness was their favorite stop along the Garden Route as well, often mentioning The Crags in the same breath (which is an hour further east). If you have a chance to hike around the beautiful nature, or perhaps to meet Clifford in his cave house, I highly recommend it. 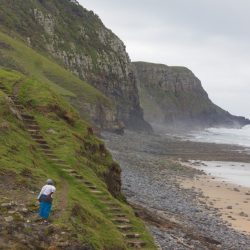 Why I Was Blown Away by South Africa’s Wild Coast 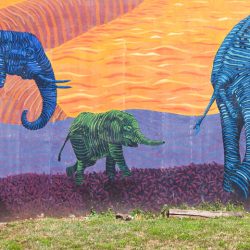 A Backpacker’s Guide to South Africa