Looking for Wildlife in the Cloud Forests of Monteverde 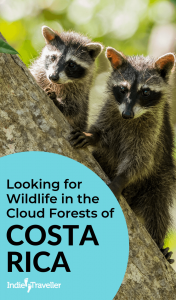 I’m hiding under my poncho as rain cascades down the canopy above us, waiting for my guide to spot the next animal for us to see. It seems they don’t call these cloud forests for nothing: behind a thick tangle of tree branches, vines, and orchids, I can see only mist.

Suddenly I hear a little high-pitched chirp from a bird nearby. Our guide puts his finger to his lips. “Listen, do you hear that?”, he whispers. “It’s a…”

I already finished his sentence in my mind. I know, it’s a bird. We just heard a bird. 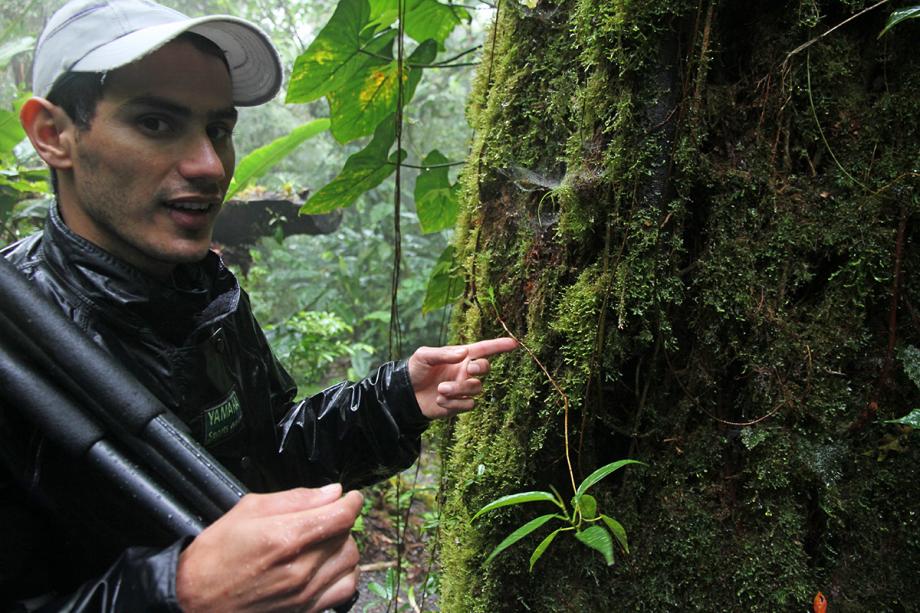 I thought there was only one sound that frogs ever make: that throaty ‘riiiibit’ sound. But as I found out in forests of Monteverde in Costa Rica, some small frogs whistle like a bird. This particular species keeps its nests in little puddles of rainwater inside the bromeliad plants that grow on the trees there.

It’s just one of the many little discoveries I made while touring a unique nature park in Costa Rica. It’s in a mountainous region where clouds moving in from the Caribbean linger, creating mini rainforests on the slopes below. 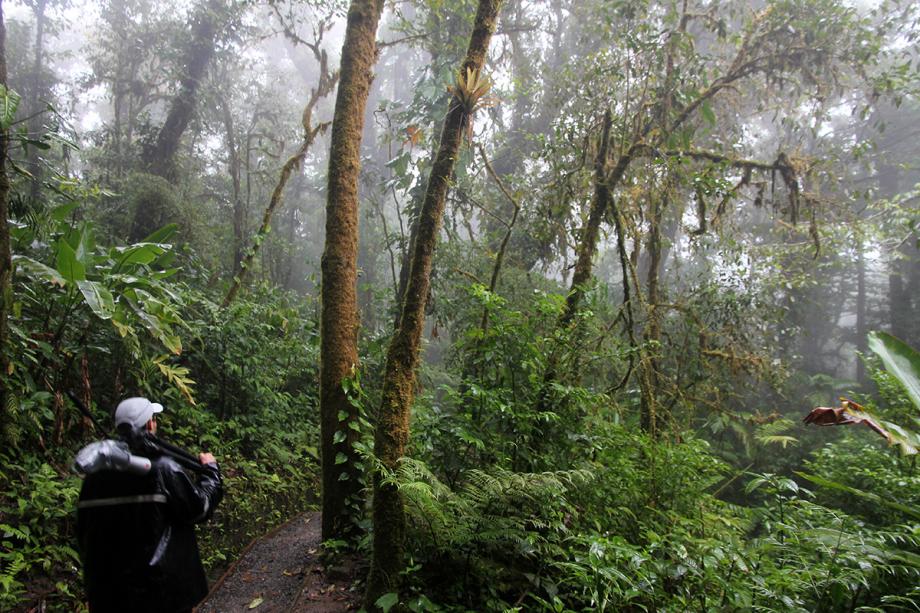 A sex dungeon for beatles

This plant may have a pretty flower but seems otherwise quite ordinary. But it does quite an extraordinary thing.

Its flower evolved especially to lure beatles. And once a whole bunch of beatles are lured inside the plant closes its flower, trapping the beatles inside.

No, it’s not a flesh-eating plant. In fact, this plant is going to do these beatles a solid. 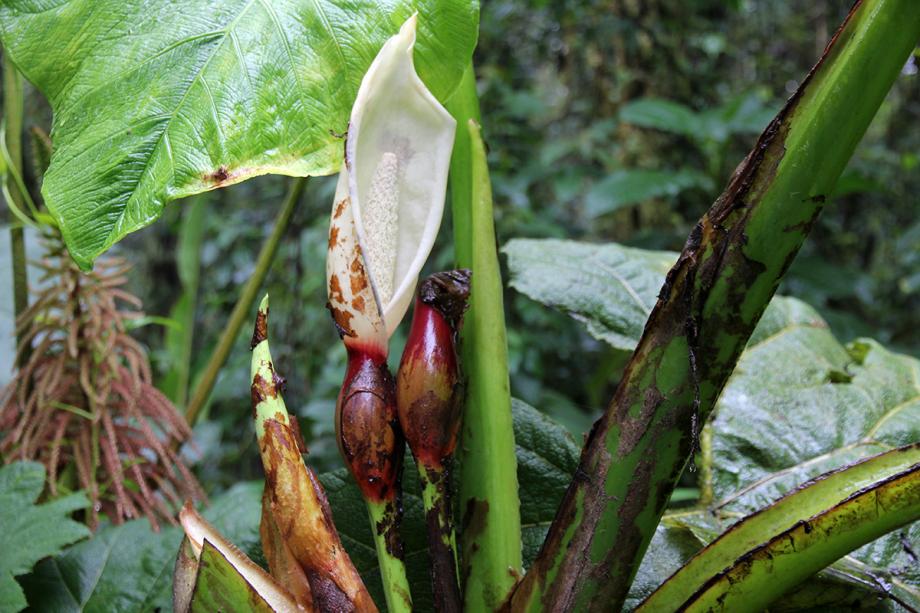 This plant has an unusual way of spreading its pollen

The plant heats up the inside of the flower to temperatures up to 42 degrees Celsius. With no way out and things getting steamy in there, the beatles don’t know what to do… except to get busy.

Their movement during mating helps spread the pollen, and when they’re finished the flower opens up again, releasing the exhausted and hopefully satisfied beatles back into the forest.

How to make a tarantula appear

Tarantulas mostly come out at night… mostly. But if you want to see them during the day, there’s a little trick to make them come out of their hiding places.

Here’s a video of us luring a tarantula into the light of day:

This orange-kneed tarantula is endemic to Costa Rica. Its venom can kill a mouse in 4 seconds. Fortunately, to a human the bite is about equivalent to a bee sting, so there is little to worry about.

Tarantulas weren’t the only animal we saw during this walk through the cloud forests: we also saw some millipedes, and a hummingbird’s nest with a baby hummingbird inside, and a variety of tropical birds. 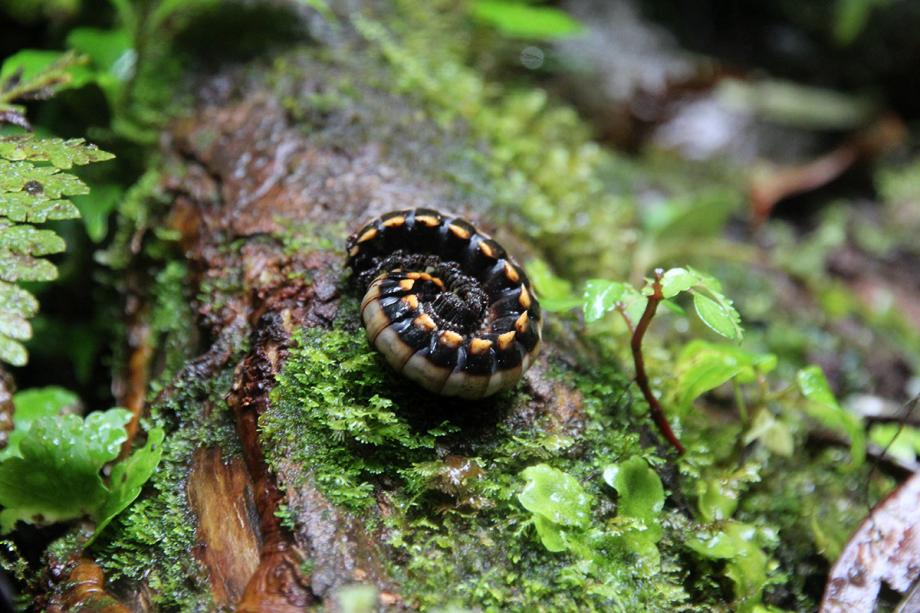 A curled up millipede

Night sighting of a coati

I went back in town for dinner, but returned to the forests in the evening for a night tour. It’s amazing how much more things you can see at night: from beetles that glow in the dark to tropical birds sleeping in their nests, as well as many larger mammals scavenging for food.

An hour into our night walk, my guide got an incoming message through his walkie-talkie from another guide elsewhere in the forest. A coati had been spotted! In what seemed like a “code blue, code blue!” situation, we scrambled and made our way to his position.

It was surprising to me that the coati didn’t really care about us being just a few meters away. Apparently they generally don’t care about humans at all, unless you bother them in which case they will actually attack and chase you. This one was simply rummaging around for food. I watched it for a good ten minutes before leaving it in peace. 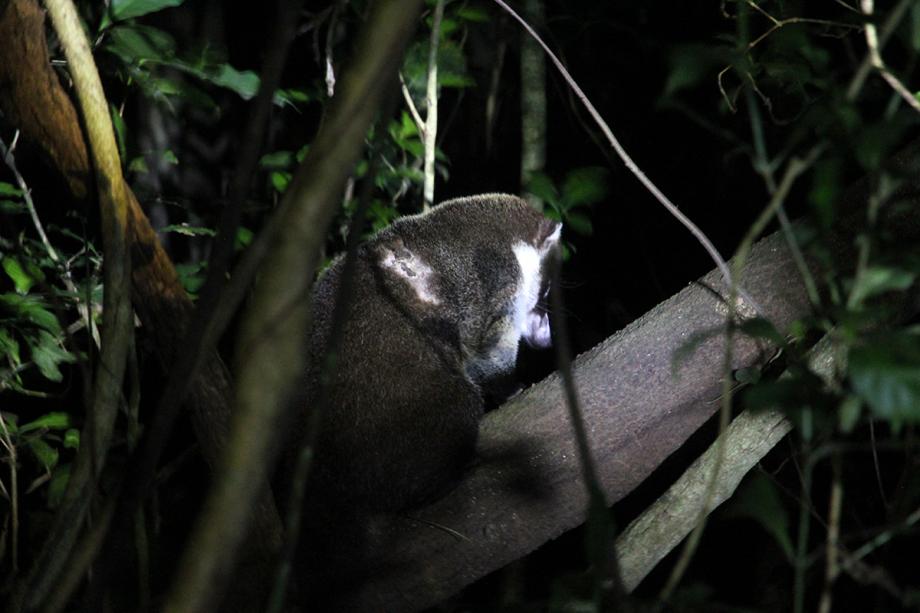 This coati did not seem to mind us being there

And finally… a dramatic sloth

This part of Costa Rica is famous for its sloths, and I was sad not to have spotted any during my forest walks here. But just as we returned to the parking lot outside the park entrance, we were treated to this dramatic scene of a sloth climbing the electricity wires above, its fur waving in the winds.

As this video demonstrates, sloths can actually move pretty fast when they want to (though they are known to sit in the same tree for up to a week).

In my travels I have been on plenty of guided tours where the guide merely points at the obvious path ahead, but here in Costa Rica the guides seem not only very knowledgeable about the plants and wildlife, they also know just where all of the animals are hiding.

If you are in Monteverde in Costa rica, I can highly recommend the night tour in particular, which seems to offer a great chance of spotting lots of different animals normally unseen. 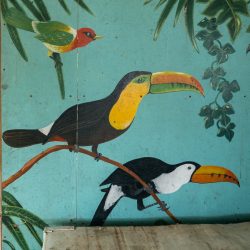 Where To Travel In Panama (7 Amazing Places To Visit) 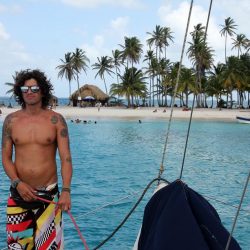 Sign up for blog updates and juicy travel inspiration!
You’ll get my monthly newsletter with subscriber-only content: