At the annual fiesta in Kalibo, anyone's invited to jump in and join the parades 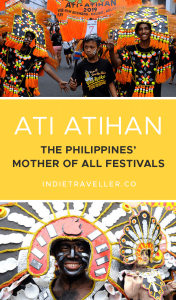 The Filipino festival Ati Atihan held in January is commonly known as ‘the Mother of all Festivals’ in this archipelago of the Philippines.

Given its age, this annually held fiesta in the city of Kalibo might even be called the grandmother. The Ati Atihan festival already existed before Marco Polo was born and before the Ottoman Turks attempted to conquer Europe.

What makes Ati Atihan especially interesting for travellers is that you can actively participate in the wild celebrations. 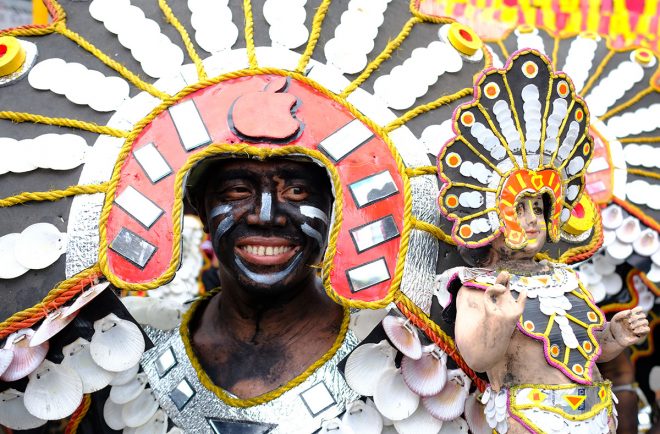 The significance of Ati Atihan

Although the first thing you’ll notice when attending Ati Atihan is a lot of beer and costumes, there’s an interesting story to this 800-year old fiesta.

Every year this week-long party — starting on the third Sunday of January — is dedicated to Santo Niño; the Infant Jesus. This Catholic twist of Ati Atihan was introduced during the Spanish colonial time, but before it was solely a tribute to the name givers of the festival: the Ati ethnic group.

The Ati were the first inhabitants of the island Panay. When they got in trouble because of bad harvests, they asked the chieftains of other tribes for aid. After granting their wish, the Ati expressed their gratitude by singing and dancing for those who helped them out. Ati Atihan means ‘be like the Ati’, so you’re expected to swing your hips, put some dark-shaded colours on your face and clear your throat when you hit the streets of Kalibo. 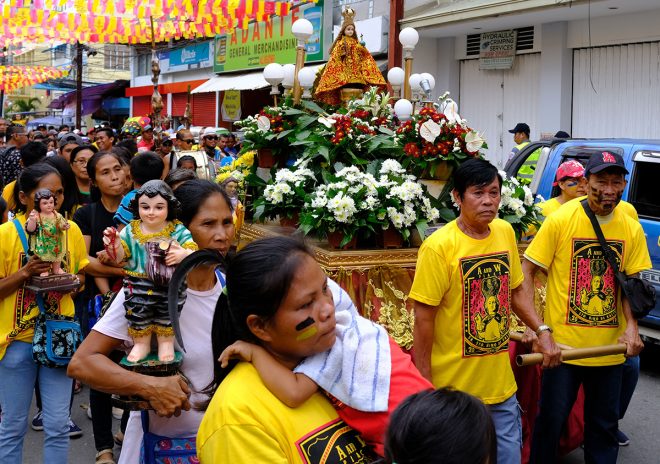 During the week of festivities, there will be masses where the locals pray to the Infant Jesus every day, as well as parades. At the shows, the singers will go in front, followed by the musicians. Many parades are initiated by companies, which doesn’t make them that exciting since it’s a way of advertising themselves. Family parades are much more interesting since they really have a feeling with the festival and their own theme. Don’t be surprised when you see families dressed up as policemen or honey bees.

Most visitors come to see the tribes though. Usually, the first few days of Atihan are dedicated to the tribes, people from surrounding villages who went all the way with their make-up. Decorated with feathers and masks their painted bodies move to the rhythm of the hammering drums. Like at other Filipino festivals, the tribes will be judged based on their looks and dance moves. The judging isn’t the most exciting part of the celebration, so it’s better you grab a drink and find an energetic band to party with. 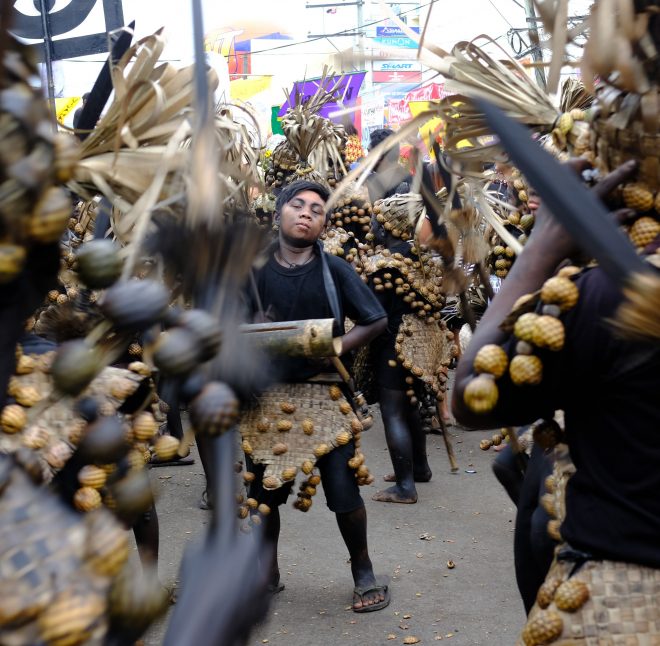 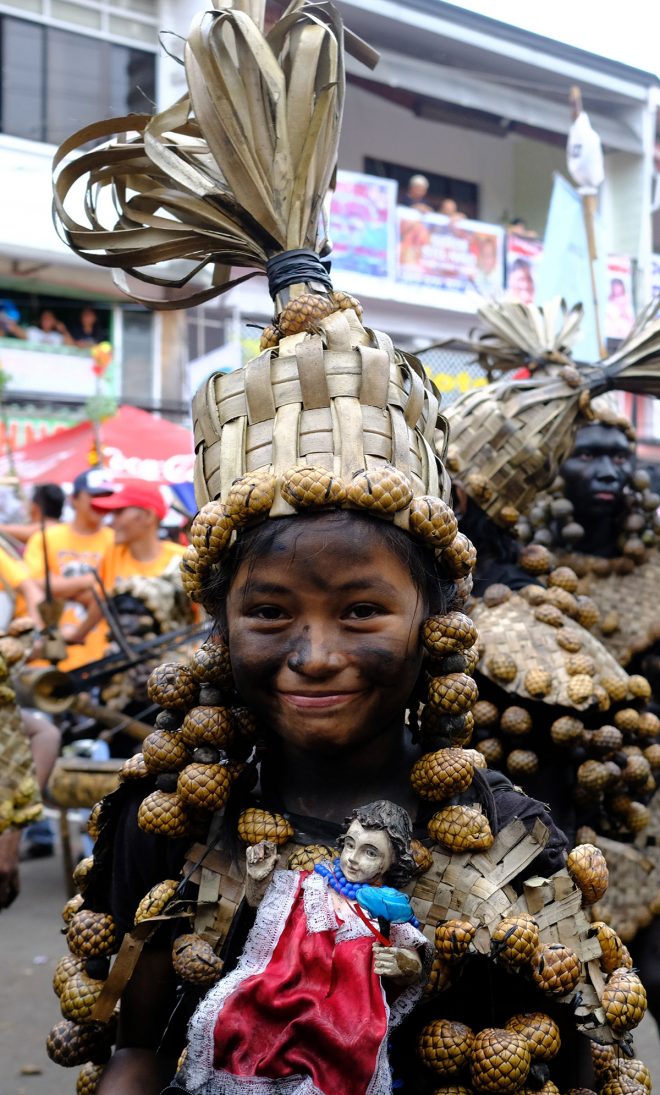 Unlike many other fiestas in the Philippines — I would rather call them shows or demonstrations — it is uncomplicated to be part of the fun when you visit the Ati Atihan Festival. Follow the pounding sound of the drums during the sadsad, the time when the families go out on the streets and visitors can join the parades. Any of the parades, because Filipinos aren’t necessarily picky.

Sadsad means dance in the regional Aklanon language, and it usually happens during the fifth and seventh day, the final day of Ati Atihan. You can buy cheap masks, get your face painted and just follow the mass to the packed heart of Kalibo. Getting thirsty? For a festival, the beer is surprisingly affordable at 50 pesos per can.

If you’re on a tight schedule and can’t afford to amuse yourself here for one week, it’s best to experience the climax on the last day.

You’ll probably never see a larger gathering of people in your life, but despite the alcohol consumption and a sea of people, all the events seem to happen very smoothly at every edition of Ati Atihan.

If you start talking to families who are practising for their parade, you might even get invited to their house for a massive feast to experience the true Filipino habits: chatting, drinking and eating. A lot of eating. After eating they will love to show you their costumes, instruments and musical skills. Just be friendly and interested, and good things will happen. 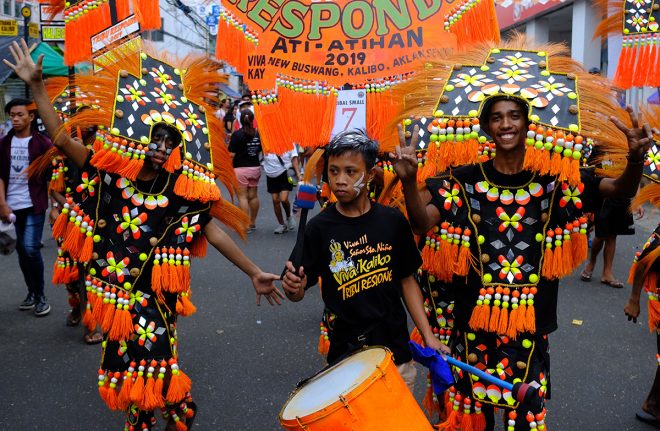 The Filipinos gladly keep on partying when the sun has set, for example in the centrally located Magsaysay Park. I would not recommend diving into this afterparty.

Maybe it’s cool if you are familiar with Filipino celebrities and television because a wide array of tv-stars perform here. There are a bunch of DJ’s playing their tapes with messed-up remixes through ear-trampling speakers as well. The bars are crowded and occupied by loud and vomiting teenagers. The more primary side of Ati Atihan is without a doubt way more appealing than the night scenes. 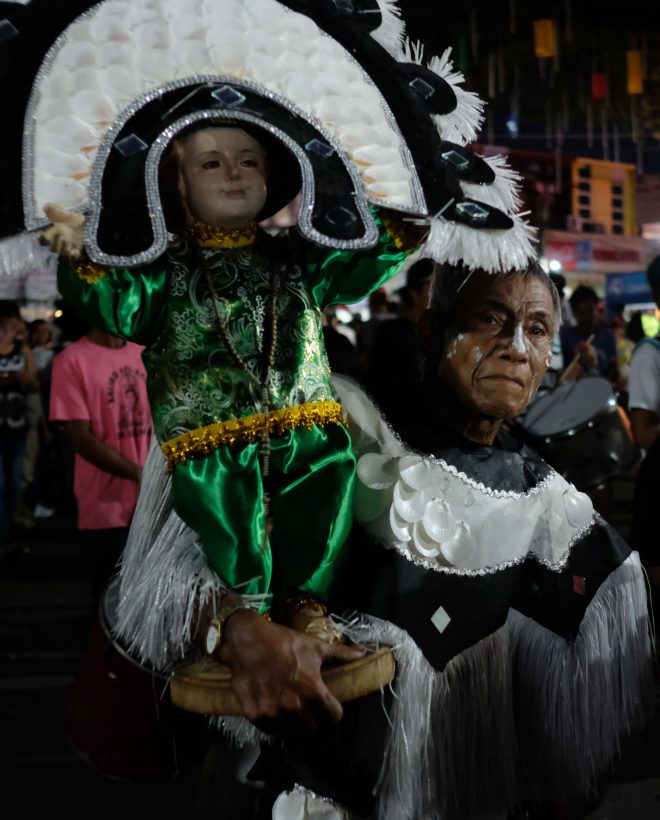 How to get to Kalibo

If you start your trip in Manila, you can take a direct 1-hour flight to Kalibo’s airport. You can also jump on a straight flight from Cebu City. In case you’re already on Panay island; there are buses to Kalibo from Iloilo City and Caticlan, the gateway to famous Boracay.

Hotels receive bookings months or even a year before the festival starts, so make sure to book your place well-advanced. The Ati Atihan Festival Hostel is the most convenient option since it’s close to the primary party zone and you only pay 700 pesos for a dormitory bed. A decent breakfast is included in that rate. 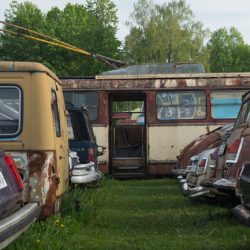 Visiting the Museum of Soviet Vehicles in Estonia 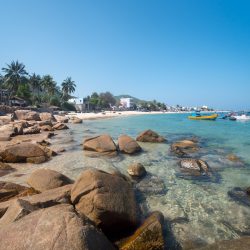 Qui Nhon: The Seaside Gem You Should Know About