Witnessing a Real (!) Crucifixion in The Philippines

Sometimes you find yourself in such surreal surroundings you wonder if you somehow ended up inside a movie. For me, one such time was in Angeles City in the Philippines. It happened to be Good Friday which, given that nearly all Filipinos are devoutly Catholic, is kind of a big deal around here. Myself and a few other fellow travellers heard there’d be a big event, so we went to check it out.

What I certainly did not expect to see were hooded people carrying crosses through town and others self-flaggelating until they were bleeding all over their backs. Every now and then. another bloodied person would stumble past, followed by a throng of supporters — some of whom took the liberty of whipping that person as well. As they passed a church, they would lie face down on the ground, all the while getting whipped while some bystanders would take pictures.

This is how they observe Good Friday? Whoa. 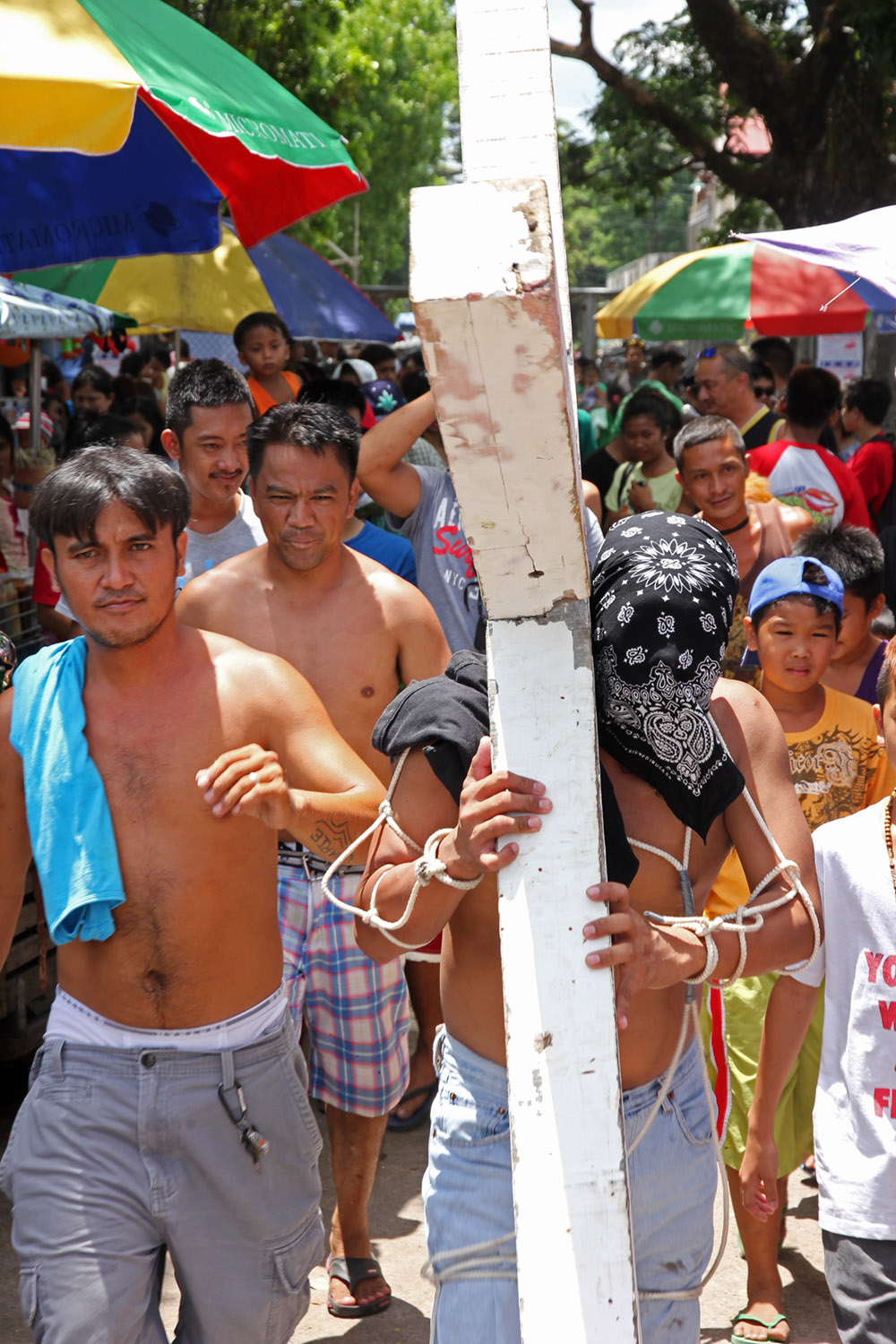 The event is meant to be totally family-friendly, by the way. Along the road, you can buy snacks, balloon animals, Filipino halo-halo (a popular ice cream dessert), and so on. The food is kept behind plastic sheets to keep the blood splatters out. I felt like I too should maybe cover myself in a plastic coat, as blood sometimes splattered on my arms from some of the flaggelating participants. 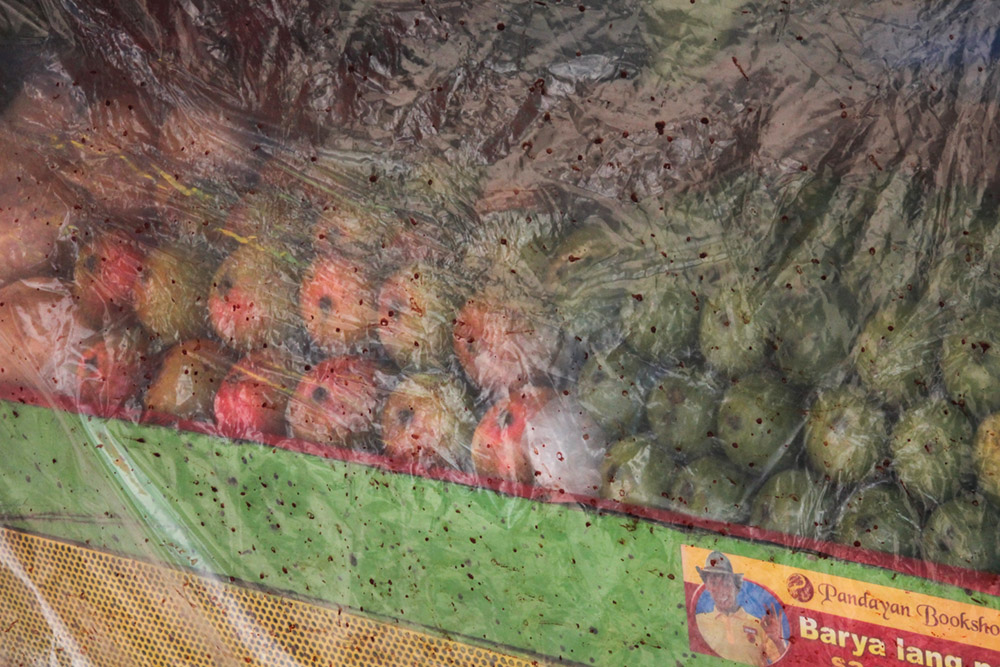 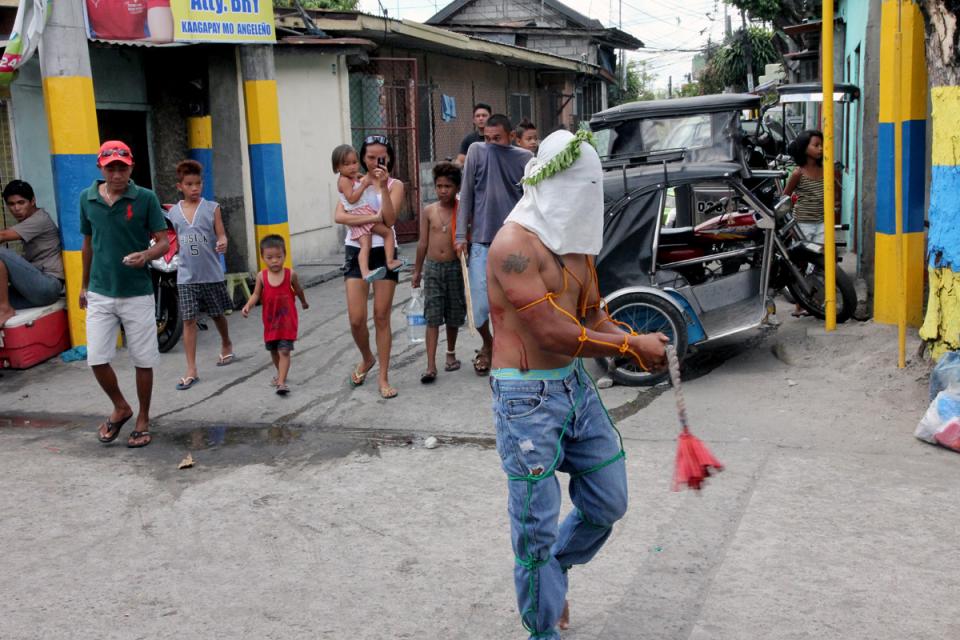 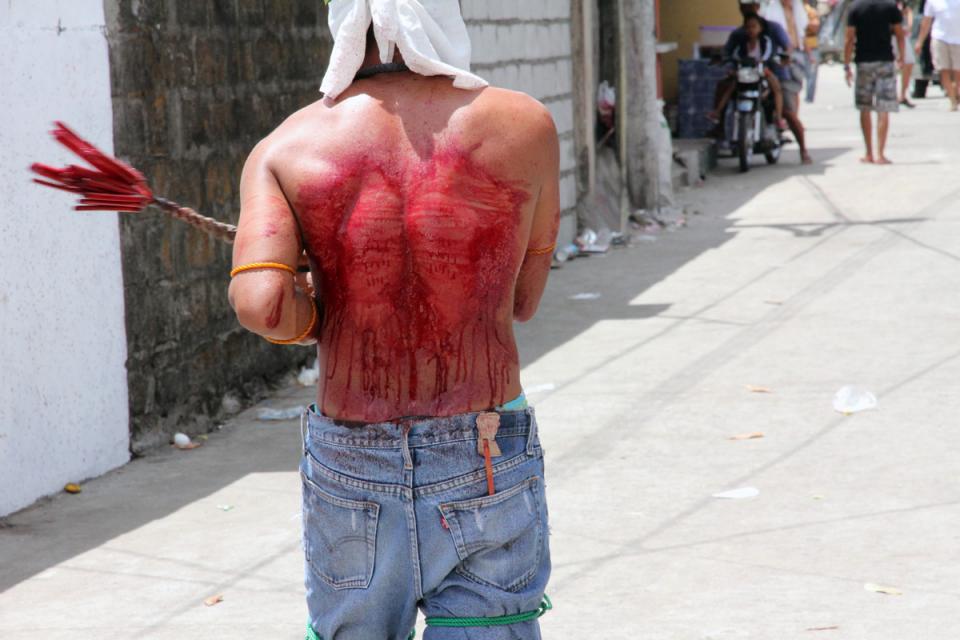 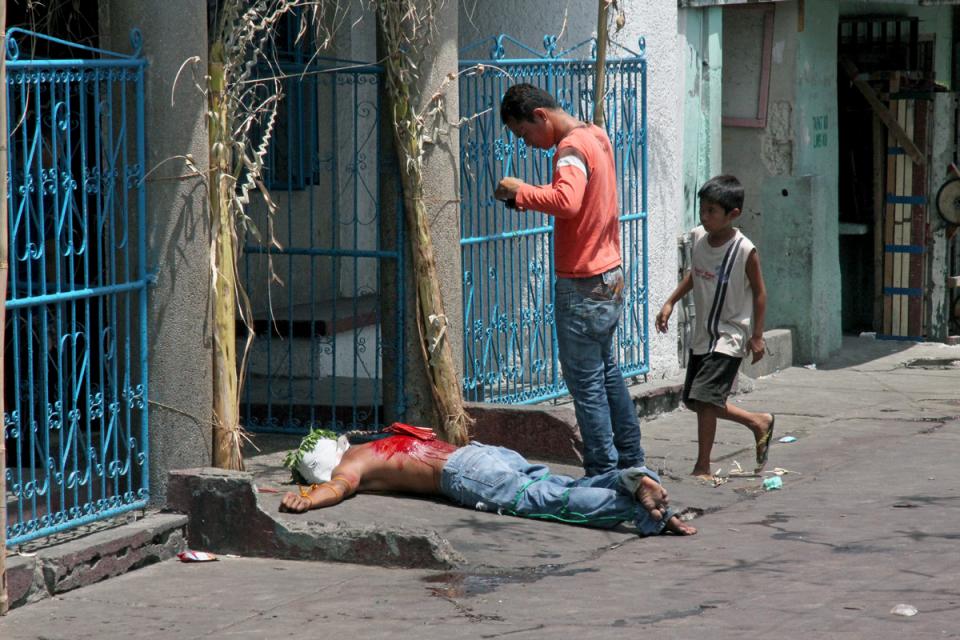 But the craziest thing had yet to come, as everyone gathered in a field where three giant crosses were set up. Anticipation was in the air. The sun was scorchingly hot and there were dust devils whipping up sand while we jockeyed for position near the stage area. After an hour or so of gradually building excitement in the blistering sun, music began playing… and oddly it sounded a lot like a Hans Zimmer movie soundtrack (I wondered if it was from Gladiator). 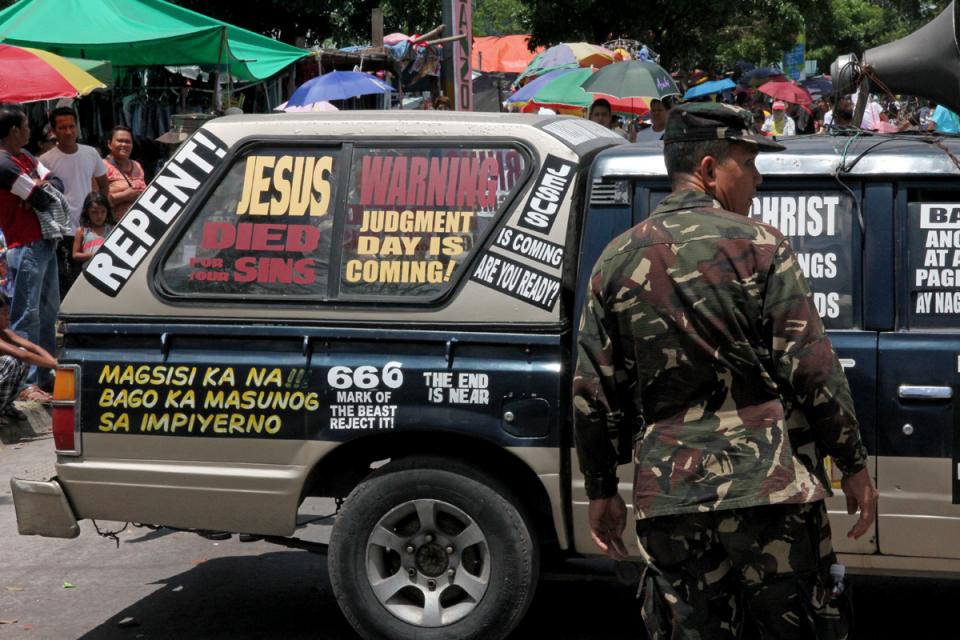 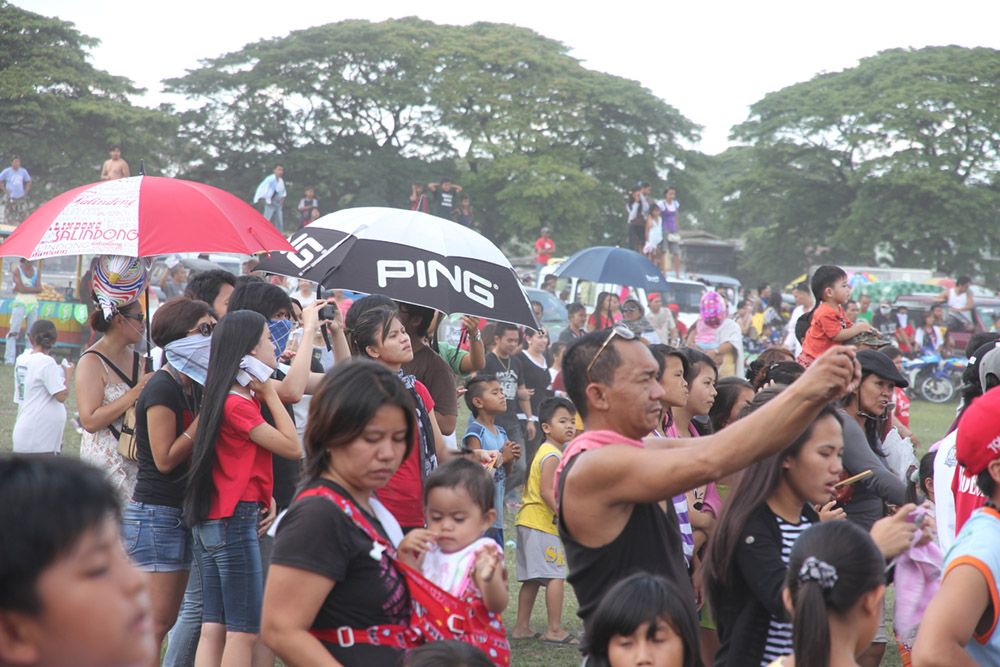 People dressed as Romans came out, and an elaborate reenactment began. Following a bunch of theatrics by the Romans, a Jesus character was brought onto the stage. After some simulated whipping and kicking by the Romans, he was hoisted onto the cross.

The first thing I noticed about this Jesus was that he had an awful lot of upper-body tattoos. I guess this was a grungrier rock & roll interpretation of the biblical figure. The second thing I noticed was that he didn’t seem particularly fazed by the fact that he was about to be nailed to the cross using, as we had now gathered, real nails.

A Roman briefly disinfected his hands (I’m not sure if this was also in the bible?), then casually but firmly hammered nails through both of them.

I expected screams, but there were none. ‘Jesus’ was left to hang for a while, until they took him back down… everyone took a bow, and he was carried off to an ambulance.

Playing them all out, I kid you not, was the theme tune to Pirates of the Carribean. 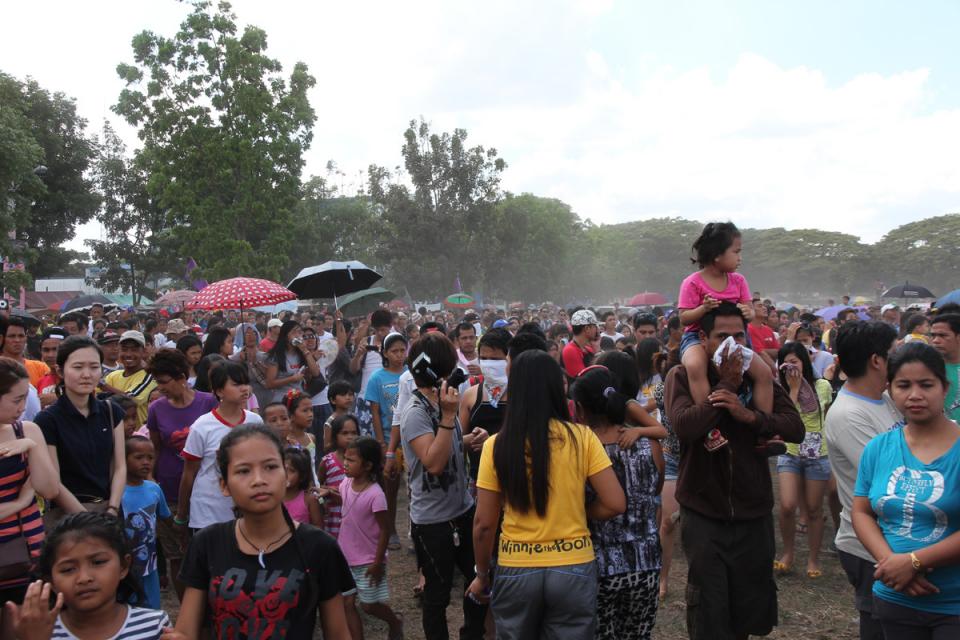 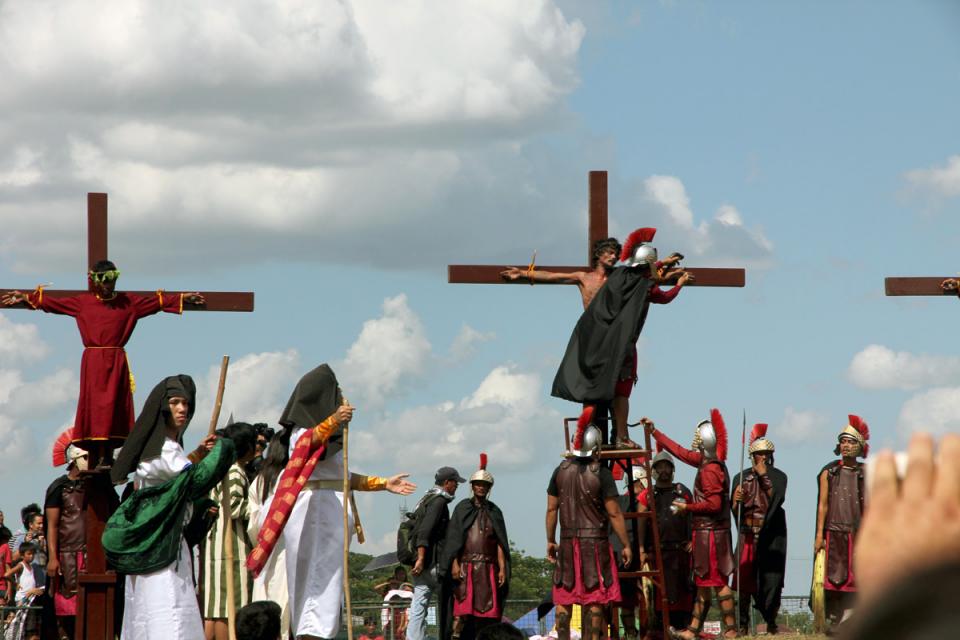 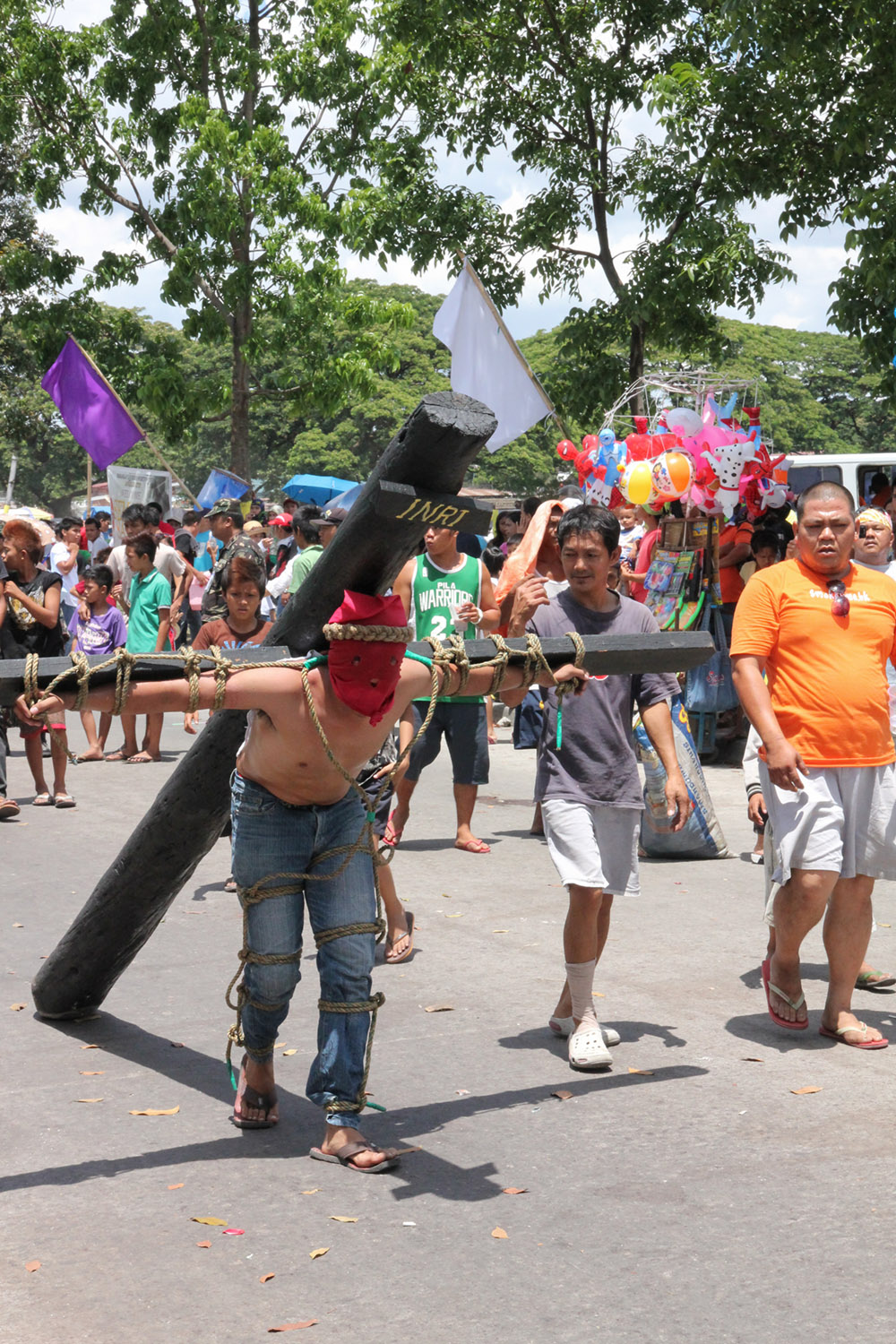 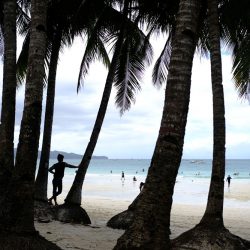 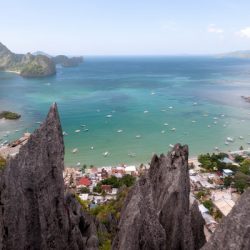